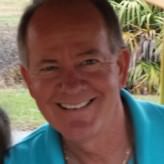 Blaine Roseberry of Oviedo, Fla. (just northeast of Orlando) is the rare USTA League player and frequent team captain to have done both. Over the last five years Roseberry has captained adult and youth USTA teams as well as helping out behind the desk and on site at USTA Florida Adult League Sectionals.

“My friend was going to help [at sectionals] and suggested I do so as well,” Roseberry said. “I’ve played at sectionals several times and was always thankful for those that are there helping make the experience what it is. I figured I could give that back to help the next group of players coming to play. It was fun to be around such upbeat athletes and people.”

The six-year veteran of USTA Leagues had never played tennis before deciding to apply his baseball skills to the tennis court, and he has reaped the social benefits.

“I have met so many people because of it,” he says of USTA Leagues. “Meeting players from all across the state who are really interested in bettering the sport at their local leagues has been great. I’ve got friends that I can call when traveling and always have a match.”

On the adult side, Roseberry says the highlight was captaining his team to a mixed sectionals win, clinching on his doubles match to advance to USTA League Nationals for the first time.

“He has been an exceptional captain,” says Orlando-area USTA Florida Local League Coordinator Hoku Purcell. “He is very organized, complies to the USTA standards for captains, communicates well with others and is phenomenal at accomplishing captain tasks at hand. It’s been a pleasure having him as a captain in my USTA Leagues.”

On the junior side, he says captaining junior team tennis squads over the last three years lets him share the “Sport of a Lifetime” with kids.

“I’ve captained 12-and-under and 14-and-under junior team tennis for three seasons,” he says. “Watching my daughter and her teams get better, win local leagues, advance to their sectionals and have the experience to play at places like Saddlebrook and the Florida Tennis Center was amazing. These kids will have those memories for life, as will I of being there with them.”

USTA Florida congratulates Blaine Roseberry as the September USTA Florida Volunteer of the Month for giving his time to captaining adult and junior teams, and helping bring along the next generations of USTA League players.

“It’s really pretty cool, considering I do what I do because I love the game, the competition and helping others get involved in this fun sport,” he says of volunteering in tennis. I’ve seen kids and adults play a sport they never thought to play before, and now are bringing their friends to play. I would recommend to anyone that has any spare time, jump in at your local level and see how you can help with local tournaments, sectionals, junior teams or your own league play. Volunteering and captaining are great ways to keep tennis growing, and to pay forward for those to come behind us. Those before us have done a great job so let’s all pitch in to keep it moving forward!”

If I could play tennis with three people, they would be…”my partner, my daughter and James Blake.”

When I am not playing tennis I am…”fishing.”

My best tennis memory is…”watching my daughter win her first tournament and my team winning the first USTA 55 & Over 7.0 Mixed Sectional tournament in Florida.”