It was the summer of 1995 in the Bronx, N.Y. when on one magnificent, sweltering day, then 5-year-old Stacey Speller was first given a wooden racquet.

“My mother decided to take me behind our building in the south part of the Bronx where four tennis courts sat pretty lonely,” she recalls. “She must have found some old wooden racquets from somewhere because I had never seen them in the house before – but there we were, hitting back and forth to one another.” 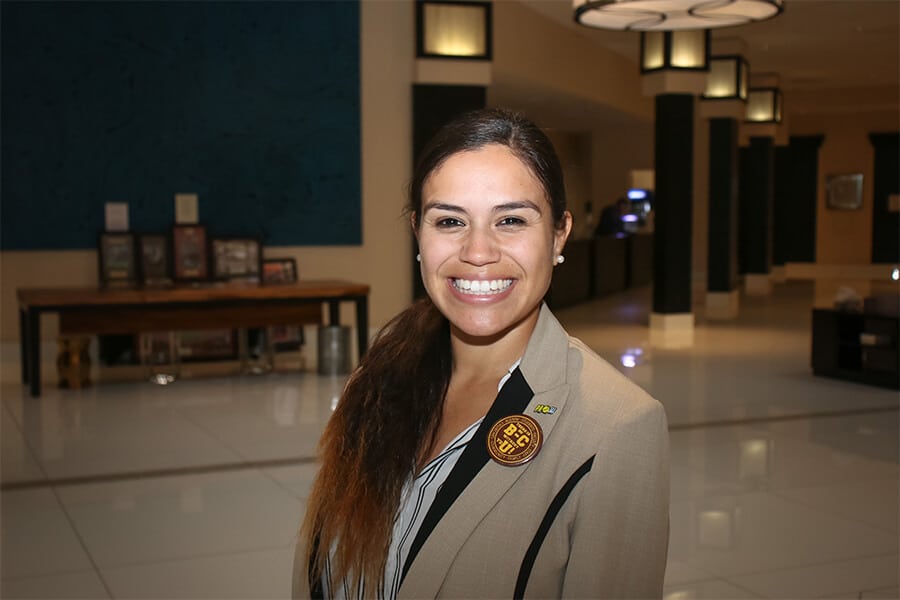 For a few weeks, Speller and her mother would occupy the courts at the Bronx International Youth Tennis Center (BIYTC) until a free program called the New York Junior Tennis League (NYJTL) would take over. Now known as New York Junior Tennis & Learning, it’s the largest nonprofit youth tennis and education program in the nation, serving 85,000 NYC youth. The NYJTL became Speller’s second home – serving as her training ground and sowing the seeds of her love for the game.

“As I continued to get better at the sport, I’d train with kids from all over the New York City region who came out to the South Bronx to play in our four ‘bubbled in’ courts in the winter and four ‘outdoor caged’ courts in the summer,” says Speller. “The number of youth between the ages of 5-17 that came in and out of the BIYTC and NYJTL was limitless.”

Speller’s hard work, patience, and dedication paid off – she was one of the top 10 junior players in the USTA Eastern Section and landed what she still calls the biggest tennis success in her personal career – a full four-year scholarship to play Division I women’s tennis at Bethune-Cookman University in Daytona Beach.

“It was a goal I began working on when I was just 9 years old,” she shares. “Coming from the Bronx, I would have never thought that Daytona Beach would not only become home but also become my community.”

Her daily commute to BCU would take her past what she envisioned as a “tennis haven”, the tennis courts at Derbyshire Park & Sports Complex. At the time the park had seven hard courts that, to the naked eye, were under-utilized. Every time Speller drove by, she’d daydream about her hometown courts and would relive her memories of playing tennis with the neighborhood kids.

“Driving by the Derbyshire Park & Sports Complex tennis courts and seeing almost twice the number of courts we had in the Bronx with no kids, no coaches, no racquets, and no balls really burned my soul,” she laments. “I needed to figure out what was going on or not going on and become part of it or create it.”

While attending BCU, Speller volunteered with the local tennis programming and community tennis events. When she graduated from BCU in 2012, she committed herself to the local community and became a full-time volunteer coach twice a week for about 18 weeks out of the year. 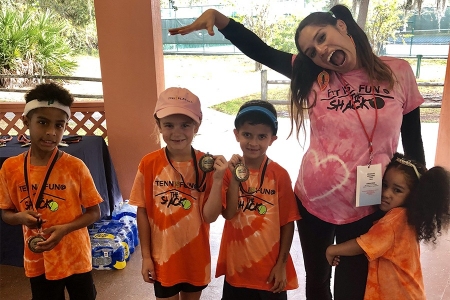 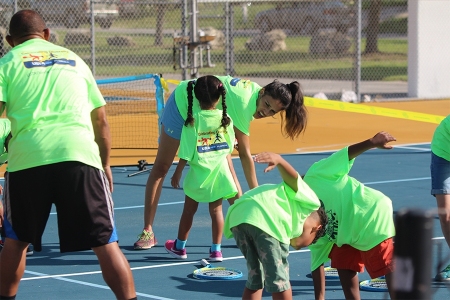 “Volunteering is a virtue that was cultivated during my undergraduate years at Bethune-Cookman University. It was embedded in our curriculum, co-curriculum, and a part of the legacy of our founder,” Speller shares. “The gift of tennis changed my life, therefore, it’s my responsibility to share that gift and transform lives in our community.”

On top of her volunteer work with Derbyshire Community Tennis, Inc., Speller is also a 2020 graduate of the first-ever USTA Florida Leadership Academy. The Academy includes a volunteer development program designed to grow the professional skills and organizational knowledge of potential future leaders, equipping them with valuable leadership qualities that would make them an asset to the organization.

“Being a part of USTA Florida’s Leadership Academy was remarkable,” she says. “I really didn’t know what to expect going into the Academy, but when I got out, I knew exactly what I needed to do. Not just in tennis, but all areas of my life. The thoughtfulness that went into creating this unique program and the investment that USTA Florida made in the state’s volunteers was profound.”

The invaluable tools and resources shared with Speller during the Leadership Academy continue to be transferred to all that she does. When she was let go from her employer in October of 2020, she took initiative and partnered with BCU’s Director of Tennis, George Henry; the Derbyshire Community Tennis Board of Directors, Mary McCoy, Lynn Ford and Teresa Ward; and USTA Florida Tennis Service Representative, Molly Zimmer, to construct a plan that would catapult Derbyshire’s tennis programming.

“This particular community deserved to have quality instructors with a long-term mindset that could develop them to their wildest dreams in tennis,” Speller affirms.

In January of 2021, Speller was named the Director of Tennis Programming at Derbyshire Park. Just a few short months later in April, Derbyshire Community Tennis, Inc. was approved as a National Junior Tennis & Learning (NJTL) chapter.

“This was one of my greatest accomplishments. NJTLs are near and dear to my heart because it’s what opened my doors to countless transformative opportunities. With Derbyshire now recognized as an NJTL, we have a vast USTA support system and qualify for resources that will contribute to the successes of our program,” she says. “Having the ability to acquire a life-changing piece from my old home and initiating it in my new home of Daytona Beach to change the lives of others is monumental.”

Derbyshire Community Tennis, Inc. began its first session as an NJTL in June of 2021. As of this writing, the program has seven devoted volunteer coaches and has registered 35 enthusiastic players between the ages of 5 and 16, ranging from beginner to advanced levels of play. Beyond the court, there is a major emphasis on educational programming to ensure a lifetime of success on and off the court.

“The economic inequities that exist in the sport create barriers for families from low-income households to formally learn how to play tennis. USTA NJTL programs are creating equitable opportunities in communities like the one I grew up in,” says Speller. “The skills we’re teaching kids, the parents emulate and reinforce at home. Therefore, creating a village has to be the most rewarding part of this role.”

USTA Florida thanks Stacey Speller for her dedication to tennis, her passion for sharing the sport with others, and her extraordinary efforts to grow the game in Volusia county.

My earliest tennis memory was… “Growing up in the Bronx, N.Y. and making the 2-minute walk from the building I grew up in, to the Bronx International Youth Tennis Center (BIYTC). That New York Junior Tennis League (NYJTL) site that sat directly behind my building became my second home and that’s where I developed my love for tennis and trained from sun up to sun down to become one of the top 10 players in the USTA Eastern Section.”

If I could play tennis with three people, they would be… “Brice Speller, Selina Speller, Blake Speller.”

When I’m not playing tennis I am… “Dancing to the Spanish beats, cooking/eating the mouth-watering Spanish cuisine or speaking the Spanish language.”

My best tennis memory is… “Winning the USTA Arthur Ashe National Essay Contest when I was 9 years old.”

I like to volunteer in tennis because… “The gift of tennis changed my life, therefore, it’s my responsibility to share that gift and transform lives in our community.”