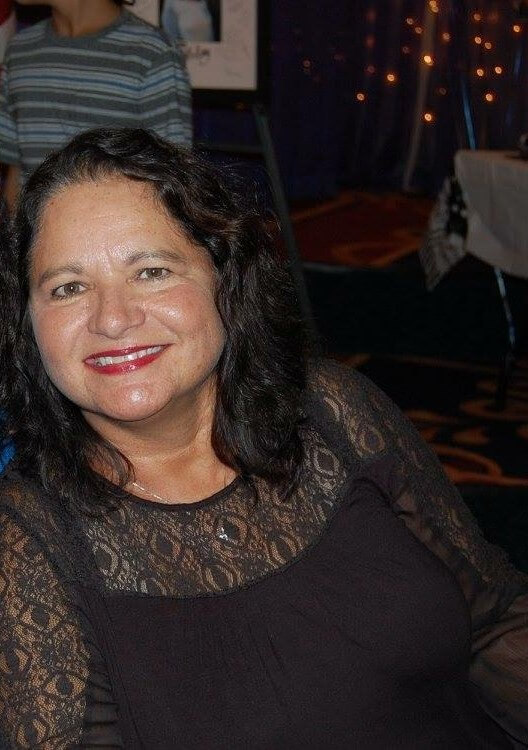 Rose Lucas took up tennis late in life — and with gusto.

She is a 30-year resident of Ormond Beach, just north of Daytona Beach, where the relatively-small community produces a large number of beginner-to-intermediate 2.5-3.5 players, thanks in part to Lucas. She took up tennis at age 47 when her 8-year-old daughter started taking lessons and the teaching pro convinced her to hit a few balls.

“I loved her coach,” Lucas says. “I was a beginner and started playing USTA League at the 2.5 level. I now play at the 3.5 level.”

After a few years she decided to try her hand at captaining a team. Or rather, four teams.

“In 2011 I captained four different teams, leading one team to the USTA Florida League Sectionals my first year as captain,” she says. “It was there that I really caught the bug and the more competitive side of joining forces with my friends and teammates. I typically captain four or five USTA League teams, and captain at least one of the Greater Volusia Tennis League teams annually. The most exciting time came in 2016 when I captained a team that went all the way to nationals.”

It not easy, she says, going up against the larger areas like Jacksonville, Miami and Orlando, but Ormond Beach has its own competitive niche of USTA League players.

“Considering we’re a small area and only play USTA League for a short span compared to our competitors, I’m very proud of all my teams and the success we have had,” she says.

Lucas also volunteers to coordinate round robin social events at the nearby Florida Tennis Center in Daytona Beach. Featuring 24 clay hydro-courts, the center draws players from throughout the area.

“I coordinate group play on Monday and Saturday mornings, in addition to Wednesday nights,” she says. “If you’re ever in the area please join us for some ‘fun’ tennis where all are welcome.”

The Florida Tennis Center is also the annual home for a $25,000 USTA Pro Circuit women’s event, where Lucas hosts players and coaches in her home, assists with fundraising, provides breakfast for players and coaches at the event, and brushes shoulders with the next generation of stars.

“Naomi Osaka, this year’s US Open champion, played here as a 14-year-old and is currently ranked No. 4 in the world,” Lucas says. “Our most recent winners, like Daria Kasatkina, won our tournament in 2015 at 17 years old and is ranked No. 10.”

Whether captaining teams, on the court herself, or helping to get people playing both recreationally and professionally, Lucas says being outdoors, active and involved in tennis is the life.

“To me tennis is the most exciting game that can be played for a lifetime!” she says. “It literally brings me down to earth and keeps me grounded. It’s great that I can be outdoors enjoying a sport that I cherish so much year round.”

USTA Florida congratulates and thanks Rose Lucas as the December Florida Tennis Volunteer of the Month for her 10 years of volunteering and promoting adult and professional tennis in the Ormond/Daytona beaches area.

My earliest tennis memory was…”Learning to play tennis as an adult only after my 8-year-old daughter started taking tennis lessons and playing together as a family.”

If I could play tennis with three people, they would be…”The G.O.A.T.s — Roger Federer and Serena Williams. And Juan Martin del Potro.”

When I am not playing tennis I am…”coordinating tennis.”

My best tennis memory is…”watching Roger Federer live for the very first time and going on a mother-daughter trip to the US Open.”

I like to volunteer in tennis because…”I love the sport of tennis and I enjoy the personal satisfaction of bringing players together to enjoy being outdoors and having fun.”