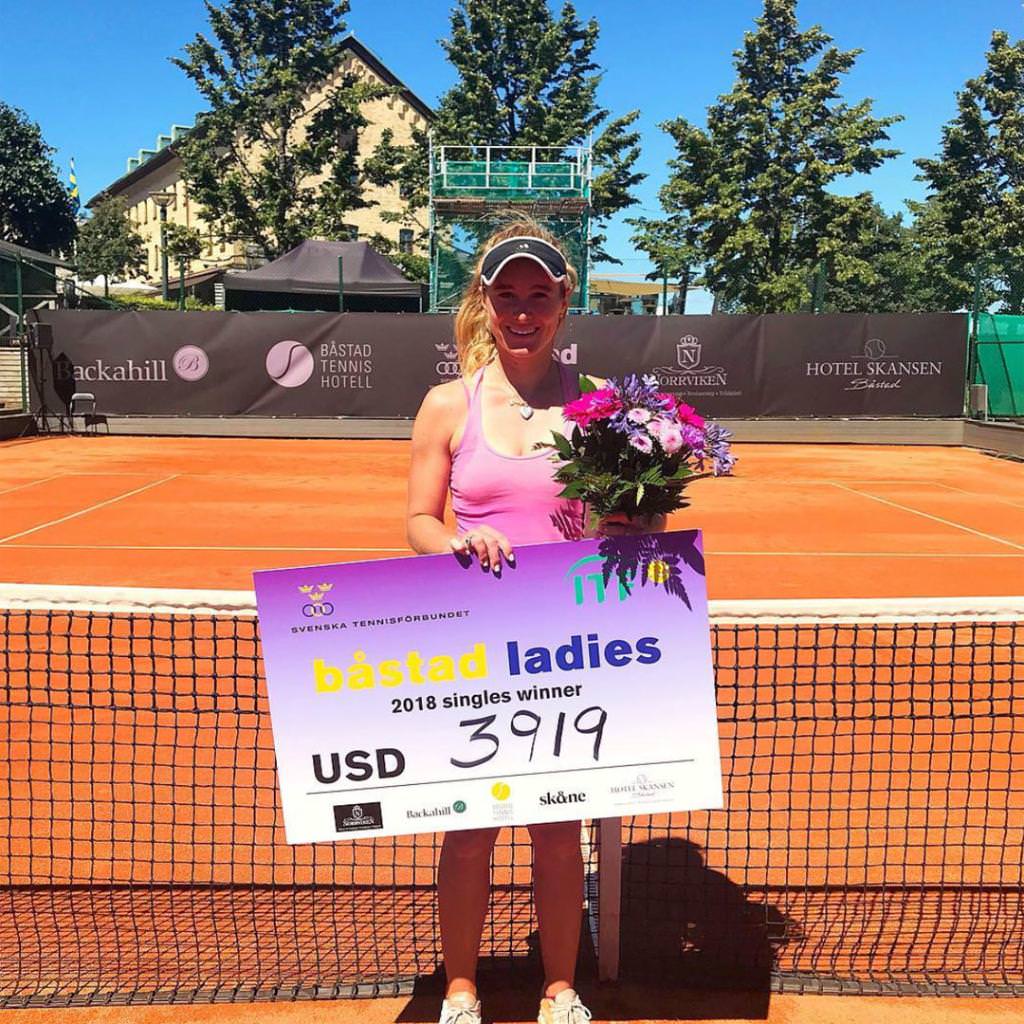 Orlando’s Allie Kiick put an almost two-year injury comeback behind her last weekend at the Bastad Ladies $25,000 ITF event in Sweden, in the final defeating No. 5 seed Isabella Shinikova of Bulgaria 6-2, 6-1 for her first title in more than three years.

The 23-year-old was sidelined from the circuit from August 2015 to May 2017 with a series of injuries and illnesses including a diagnosis of stage II skin cancer, four knee surgeries and mononucleosis.

“This victory is very special to me,” she said afterwards. “It’s my first title since I came back from injury. It was a very tough game against a good player, the numbers do not reflect how the match was. There were only a few points here and there that decided it.”

The No. 2-seeded Kiick did not drop a set all week, while Shinikova fought through three-set wins in the quarters and semifinals.

In April Kiick was runner-up at the USTA Pro Circuit event in Pelham, Ala., and had last won a pro circuit title in 2015 at Charlottesville, Va. She improved to 5-3 in career USTA Pro Circuit/ITF finals. The 26-year-old Shinikova fell to 20-19 in career ITF-level finals and 1-5 this year.

The daughter of Jim Kiick, the Miami Dolphins quarterback legend and member of the undefeated 1972 Super Bowl championship team, she last year made it through the qualifying into the US Open main draw.