Editor’s Note: It is with great sadness that USTA Florida has learned the Orlando tennis community has lost an incredibly influential high school coach and dedicated volunteer, Harvey “Bubba” James. A longtime community tennis advocate, James had a tremendous impact on his local community, demonstrating a true passion and commitment to the game and his players. The Olympia High School coach and Lake Cane Tennis Center volunteer positively impacted hundreds of young athletes throughout his career. We will miss Coach Bubba James and are extremely grateful for all he has done for our great sport.

To share memories or condolences with the family and to learn more about Coach Bubba James’ life, please click here.

From the early age of five years old, Harvey “Bubba” James knew tennis was in his blood.

“My entire family played tennis for many years,” shares James, who was born in Miami and now resides in Orlando. “My mother played at the University of Miami. My Godmother, Doris Hart, was the Wimbledon women’s singles champion in 1951. Tennis was in my life 100% of the time.” 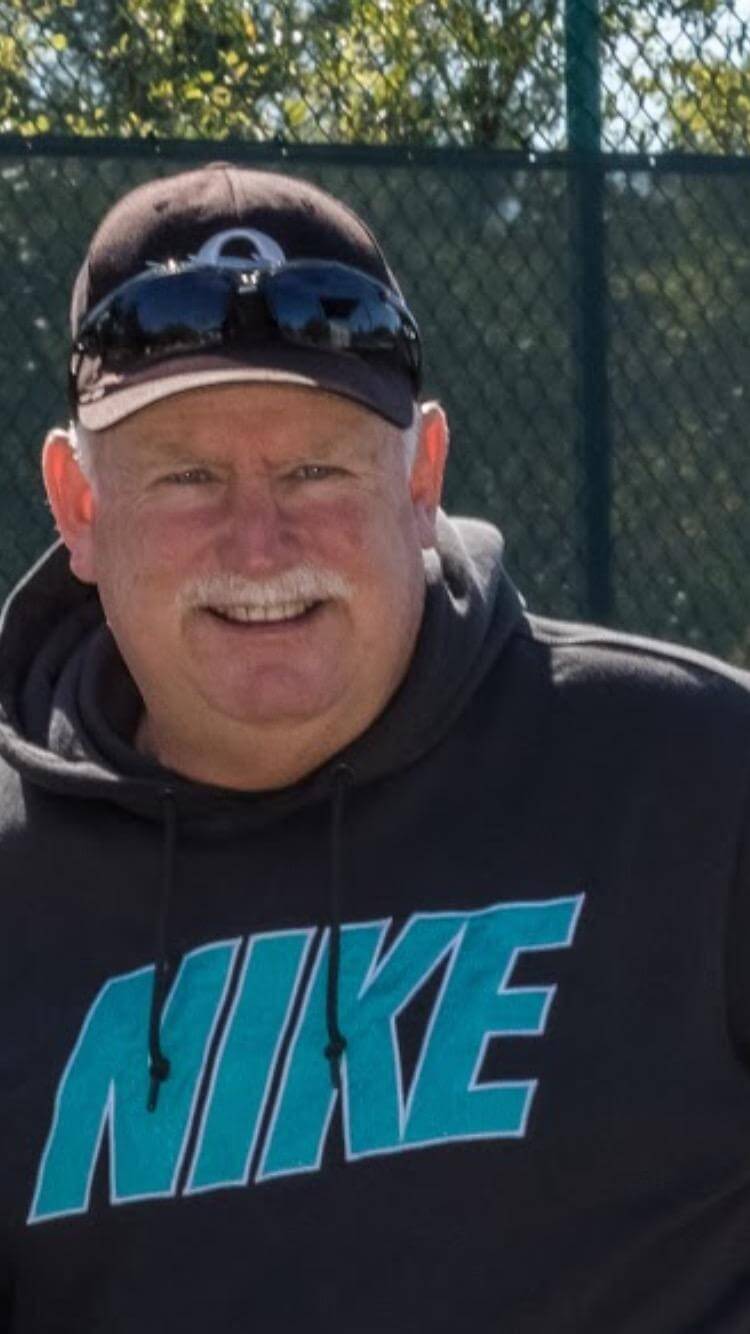 Throughout his life, James made time to stay involved in tennis. Now 64 years young, tennis is how he spends most of his time – he has been a tennis volunteer for 29 years and counting.

“I like volunteering because I like being around kids as they grow up and mold themselves into good young adults through sports like tennis,” says James.

Most of James’ volunteer years have been spent at the Lake Cane Tennis Center in Orlando. He enjoys spending his time there because of the facilities they offer. He remembers when Lake Cane only had eight tennis courts back in 1990. 31 years later, they now have 17!

“[He’s the] most outstanding and dedicated high school and community tennis advocate that I have met over the last 20 plus years here in Central Florida,” says Marcelo Gouts, Director of Tennis at the Lake Cane Tennis Center. “Coach ‘Bubba’ James has demonstrated true passion, care and outstanding dedication to his players and has positively influenced hundreds of teen athletes to elevate their character and love of sports through tennis.”

Since he started volunteering at the Lake Cane Tennis Center, James has committed hundreds of hours of selfless dedication and caring to the wellness of his players and the facility itself. He organizes lessons, workshops, and teaching programs; assists with spring break sports and the Spring Break Sports Collegiate program; he also assists with tournaments and even in the pro shop.

“Volunteering is helping in any way I can to make Lake Cane a home for many players, even if it’s cleaning and raking leaves or blowing off the courts when needed!” says James.

James has also served as the high school tennis coach for both the boys’ and girls’ tennis teams at Orlando’s Olympia High School since 2012. He’s been named the Orlando Metro Coach of the Year nine times for the boys’ team and seven times for the girls’ team. Despite the successes the teams have had over the years, he says overall success is having every player contribute to the entire program.

“We carry 33 to 35 players on our tennis team and every player contributes to the success we have had,” shares James. “We have dominated and controlled the west side of Orange County in tennis since 2012.”

For his high school players, James goes beyond just being a coach. He also acts as a mentor.

“It means a lot to be able to set examples for our teams,” he says. “To lead a group to compete with sportsmanship and show great leadership to younger players is extremely rewarding.”

Besides his dedication to coaching the Olympia High tennis teams, James has been instrumental in the organization and execution of the High School Districts and Regional Championships of Central Florida.

“If positive and encouraging coaching could have a name, it will be appropriate to call it the ‘Bubba Way’,” shares Gouts. “Sincere dedication and caring for student players and families has been a consistent and admirable standard in the way coach James brings people and tennis together.”

USTA Florida thanks Bubba James for his enthusiasm for coaching junior players, his commitment to volunteerism, and his devotion to promoting and expanding tennis throughout Orlando and Central Florida.

If I could play tennis with three people, they would be… “Lizzie, Aubrey, and Josie – my latest graduates this past year (2020) from our girls’ high school team at Olympia High.”

When I am not playing tennis I am… “Playing golf in Orlando and North Carolina with friends.”

I like to volunteer in tennis because… “I enjoy seeing young kids mature and have fun playing tennis.”