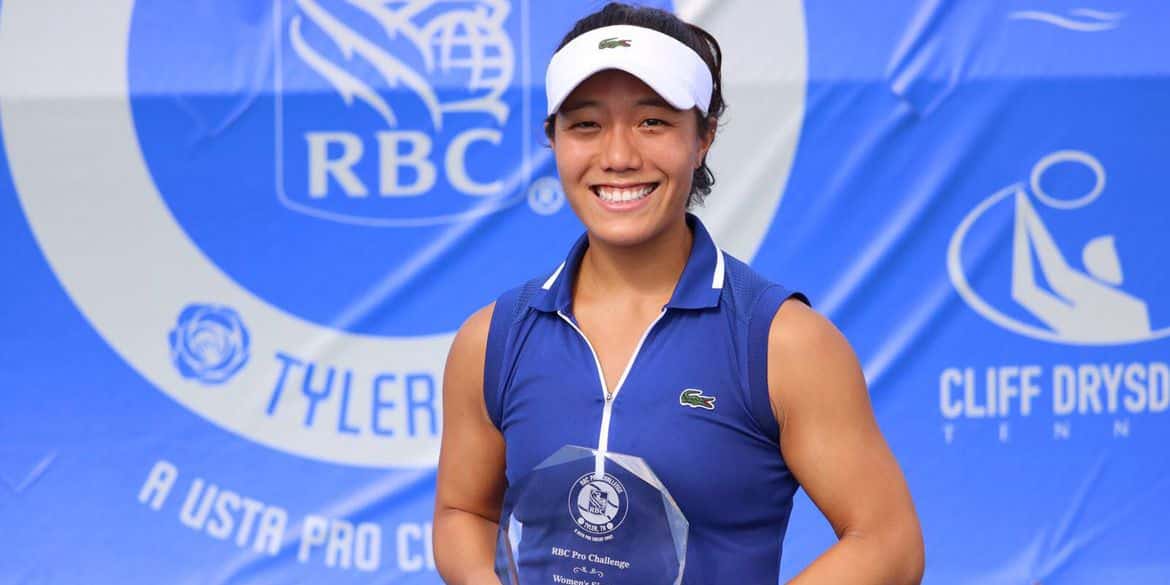 “In the final there’s always going to be nerves,” Ahn, who lives and trains at the USTA National Campus in Orlando, told the ET Final Score website after the final. “It was a tight first set all the way through; we had some great points. I think it came down to who was going to be that little bit more aggressive. I think that was me today.”

With the win Ahn moved to a career-high No. 106 ranking and into the lead in the USTA’s Australian Open Wild Card Challenge, which will award a main draw wild card for the 2018 Australian Open.

Ahn faced only one seeded player during the event, in the semifinals beating No. 7-seeded fellow American Irini Falconi 7-5, 6-3. The two-time NCAA singles champion Collins, who entered the event at No. 189 on the WTA rankings, ousted No. 5-seeded American Sachia Vickery in three sets in the first round, then did not drop a set to the final.

Ahn is now 2-1 in ITF/USTA Pro Circuit finals this year and 7-4 career. The 25-year-old New Jersey native also collected two titles each in 2008 and 2015. The 23-year-old Collins, who turned pro last year after a stellar college career at the University of Virginia, was appearing in her fourth USTA Pro Circuit final of 2017, dropping to 1-3 in finals. Since 2011 she is 3-4 in career finals.

“This has been the greatest tournament of my career,” Collins said. “I’ve never made a final of an $80K until now, and I’m going to take a lot of confidence from this to help me down the road.”

Tournament proceeds from the inaugural RBC Pro Challenge benefit ACEing Autism, a nonprofit organization that connects children on the autistic spectrum to tennis, and will go toward establishing a new ACEing Autism program at the Tyler Athletic and Swim Club.