Easily the largest group of the weekend, the women’s 7.0 began with a total of 14 squads split into three flights. IRMSL (The Boulevard Tennis Club, Vero Beach) advanced to the semifinals as the top second-place finisher in the early flight round-robin, while Orange/Seminole/Lake (Sanlando Park, Altamonte Springs) breezed through their round-robin flight with a 3-0. After besting their semifinals, the squads met to battle for the sectional crown where the IRMSL women struck with a victory on line one. However, it wasn’t enough to hold off Orange/Seminole/Lake from claiming their second consecutive title in the division, as they captured wins on court two and three to seal the deal.

The men’s 7.0 pitted Duval County (Baymeadows Tennis Center, Jacksonville) against Alachua County (Jonesville Tennis Center, Gainesville) in the championship dual. A force not to be reckoned with, Duval swept all three matchups on the backs of David Smyyh and John Dillingham on court one, Marcus Hodges and Gary Badger on line two, and Eugene Kasper and David Lasure on court three to claim the crown.

Both 9.0 competitions welcomed six teams vying for the divisional title. In the women’s division, Orange/Seminole/Lake (USTA National Campus, Orlando) dominated the competition with a perfect 5-0, with 12 court victories and 24 sets won. Hillsborough County (HCC Tennis Complex, Tampa) was the runner-up with 20 sets earned and nine individual matchup wins, for a 4-1 record. It was a near identical situation on the men’s side, as Pinellas County (McMullen Tennis Center, Clearwater) also reigned victorious with a 5-0 win. Over the course of the weekend, Pinellas only dropped seven sets, capturing 27 overall.

The competing teams represented various clubs, parks, recreational departments and organizations, and finished at the top of their local leagues during the 2021 season to advance to the USTA Florida 55 & Over 7.0/9.0 Sectional Championships. 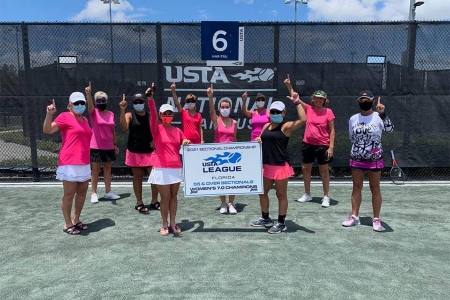 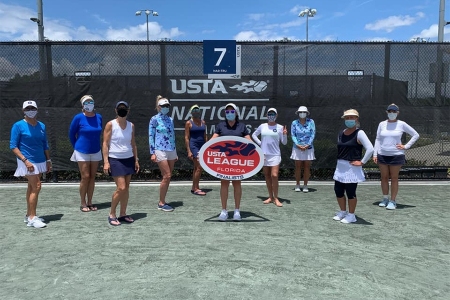 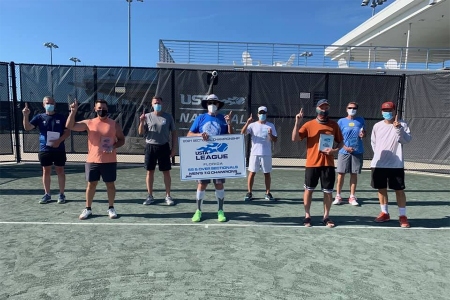 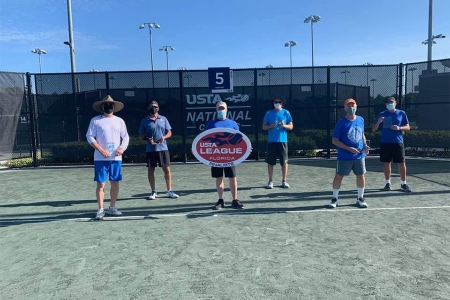 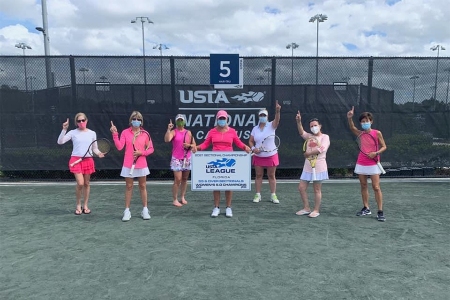 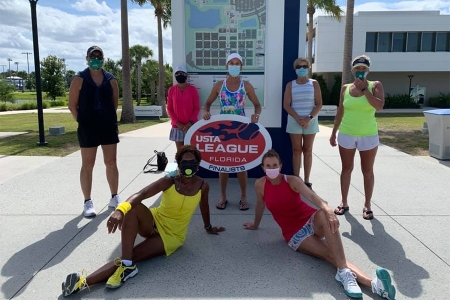 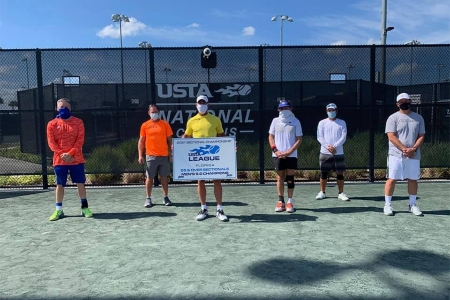 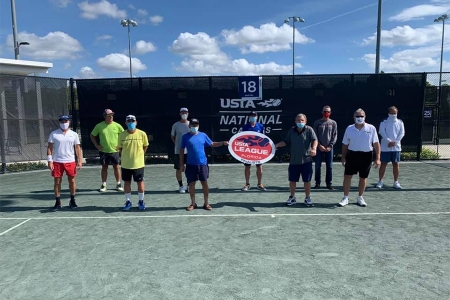 The USTA Florida League Championship Cup is awarded to the county with the most league sectionals titles during the 2021 season (standings through May 18, recent winners in bold):