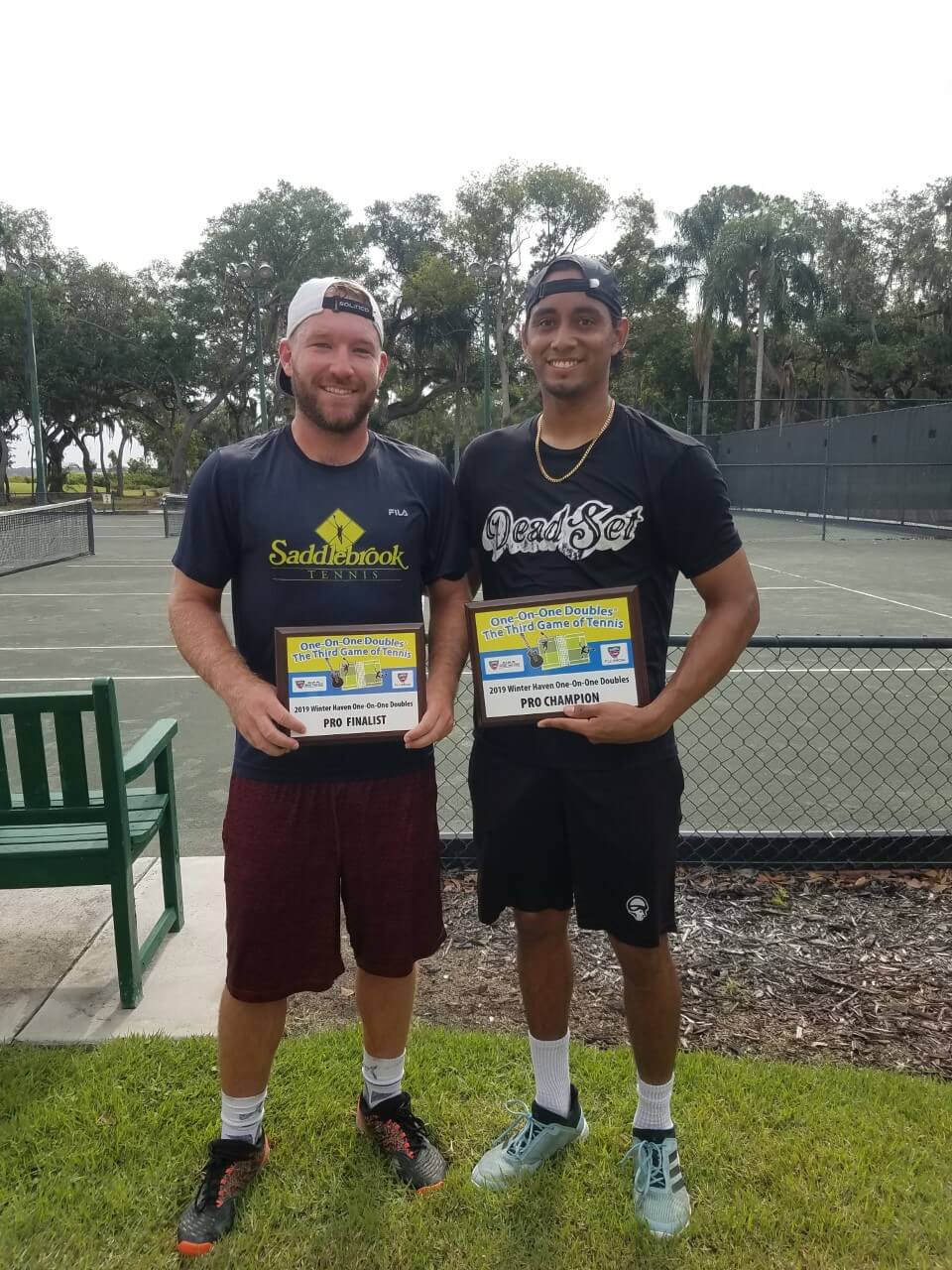 “We had a successful event implementing the new two-point rule at our Winter Haven One-On-One Doubles Shootout,” said organizer Ed Krass. “It seemed like the players, 26 competing in the five-court round robin, really enjoyed the new format that rewarded two points for winning net play, overheads and topspin lob winners.

“There were more baseline rallies, but plenty of net rushing as players worked hard to attempt the two pointers.
The tournament had a large contingency of high-level juniors competing with some former college players and a few ATP touring players.”

The third-place prize was collected by Alejandro Feliciano, a Wesley Chapel and King University player, who defeated Christopher Cox from Casselbury and Covenant College 3-0.

The most storied player in the draw, former ATP Top 30-ranked Pablo Arraya, fell short of making the quarterfinals. “For me, the game and event were amazing,” Arraya said. “What a cool way to play the all-around game, and train your mental game, all by competing through a different format.”

“One-On-One Doubles was so much fun to watch and officiate,” said USTA Referee Steve Nelson, MD, who enforced the rules at the event. “What many know as a cross-court drill is now an official tournament that reinforces net play and moves players up from the baseline to the net. This event brings players and spectators together and fills the venue with fun, families and fabulous fast-paced tennis.”

Krass added, “I also want to thank Tommy Haas for working with me to develop the new rule change which has added a lot of excitement.”

One-on-One Doubles is the crosscourt-only game (alleys included) with normal tennis scoring where players are awarded two points for a winning volley, half volley, overhead or topspin lob.

For more on upcoming one-on-one doubles tournaments in 2019 go to www.oneononedoubles.com.