Orange/Seminole/Lake and Hillsborough counties continued to dominate the 2021 Florida league sectionals season, each collecting their 8th title of the season at the USTA Florida Mixed 18 & Over 6.0/7.0/8.0/9.0/10.0 Sectional Championships, held Sept. 10-14 at the USTA National Campus. Also taking home sectional crowns were Brevard, Broward, and Duval counties.

In the 7.0 competition, Duval County downed Miami-Dade (Crandon Park Tennis Center, Key Biscayne) and Broward County (Weston Tennis Center, Weston) topped Leon (Forestmeadows Park and Athletic Center, Tallahassee) to advance to the championship dual. With the title at stake, Claudine Owen and Brendon Vavrica got Duval off to a strong start by winning line three 6-2, 6-0. In a close 7-5, 6-4 match, Duval’s Sherri Ouchi and Darren Odendaal claimed the top spot. Finally, the Duval duo of Elizabeth Vavrica and Troy Patton captured the win on court two when their opponents retired with the score standing at 6-7, 5-2, giving Duval a clean sweep.

After Hillsborough and Okaloosa/Walton/Bay squads each claimed a court quickly, the championship match came down to line one. Despite letting a tight opening set slip away, Hillsborough’s Thinh Duong and Kim Ortmeier rallied in the top spot to a 5-7, 6-4, 1-0 victory, relieving the pressure and securing the crown for Hillsborough. Connor Molina and Andrea Cammarata captured the second position for Hillsborough early on 6-2, 6-1 while Lubomir Kaderjak and Elisabeth Sherwin claimed the lone court for Okaloosa/Walton/Bay with a 6-1, 6-0 win.

A commanding force in the 9.0, Broward (Lauderdale Tennis Club, Ft. Lauderdale) did not give up a single court throughout the weekend event. They started their run in Flight 1 by sweeping all three matches and giving up only one set and 46 total games. They would face the undefeated winner of Flight 2, Hillsborough (HCC Tennis Complex, Tampa), in the championship, but Hillsborough was ultimately still no match for the powerhouse squad from Broward.

The eventual champions won in straight sets on lines two and three, with Matt and Amy Sauerman winning 6-1, 6-3 on court three and Rosamaria Rodriguez and Rob Norton winning 6-3, 6-1 on court two. On court one, Andrew Hoing and Alaina Fotiu-Wojtowicz were forced to a match tiebreak but won 4-6, 7-5, 1-0 to complete Broward’s sweep and earn the 9.0 division title.

The only strictly round-robin division of the weekend, the 10.0 division was a tight race between Brevard (Kiwi Tennis Club, Indian Harbour Beach) and Hillsborough (Sandra W Freedman Tennis Complex, Tampa). With only three teams in the field, and both having swept Sarasota (Payne Park, Sarasota) twice, the deciding factor was the two head-to-head encounters between them. However, with each squad taking a 2-1 win, the champion had to be determined by the tiebreaking procedure. A mere two games would prove to be all the difference, as both teams lost 93 games overall, but Brevard collected 125 in total while Hillsborough only took 123 for the event.

The competing teams represented various clubs, parks, recreational departments and organizations, and finished at the top of their local leagues during the 2021 season to advance to the USTA Florida Mixed 18 & Over 6.0/7.0/8.0/9.0/10.0 Sectional Championships. 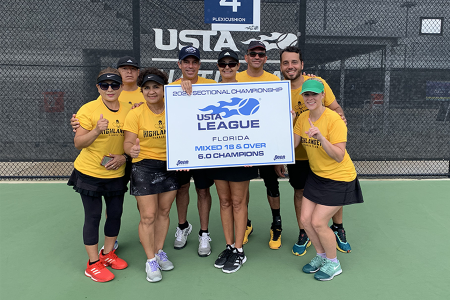 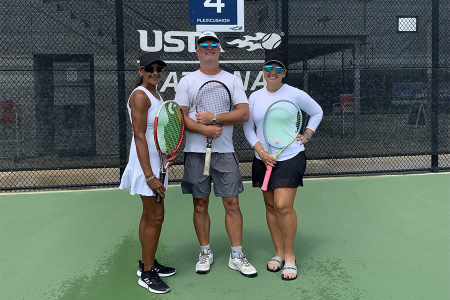 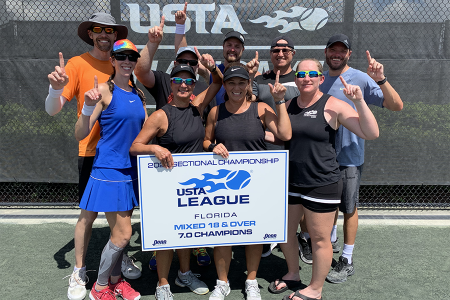 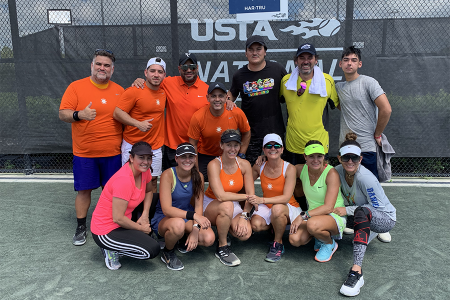 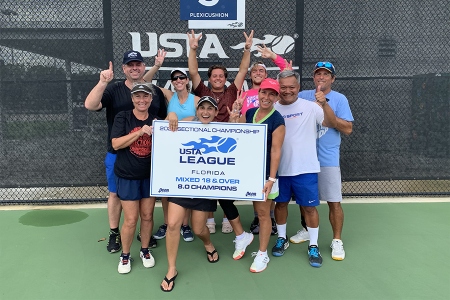 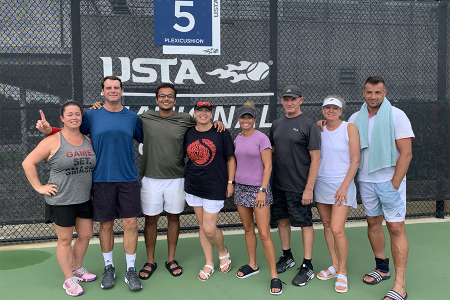 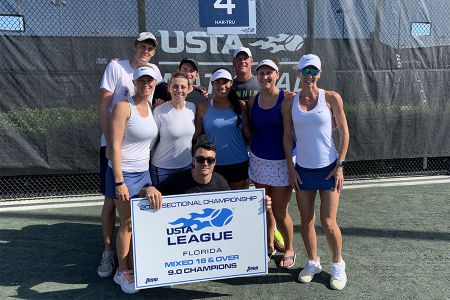 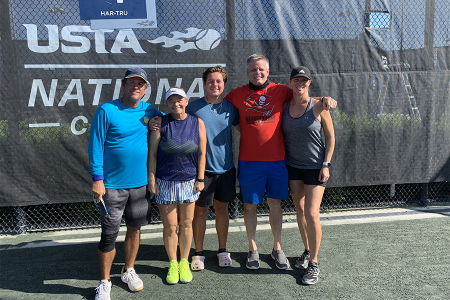 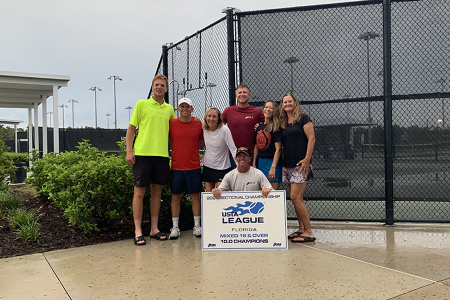 The USTA Florida League Championship Cup is awarded to the county with the most league sectionals titles during the 2021 season (standings through Sept. 14, recent winners in bold):