The Florida 40 & Over Women’s 3.5 team from Clay County (Eagle Landing Country Club, Orange Park) were crowned USTA League National Champions on Sunday when they defeated a team from USTA Southwest (Surprise, Ariz.) 4-1 in the final.

The Orange Park women advanced to the final by defeating a team from USTA Midwest (Indianapolis, Ind.) 3-2 in the semifinals. They advanced to the semis by winning their round robin flight on Friday and Saturday in Rancho Mirage.

“It feels awesome. These kids are the best!” said the captain Grissett-Macon. “I have a bunch of beautiful ladies and we stuck together and we won as a team. I’m so proud of them!” 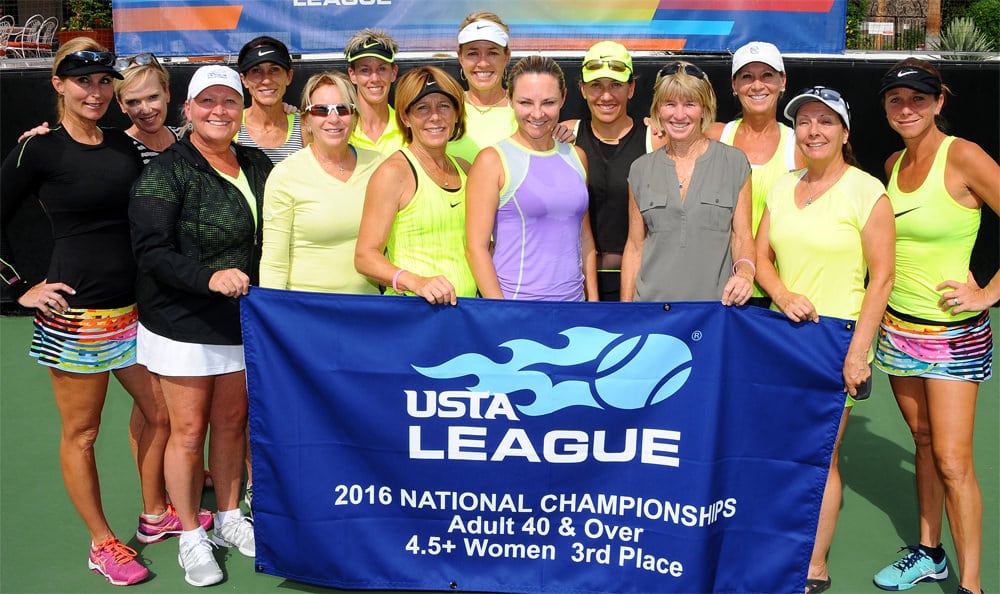 Earlier in the semifinals the Winter Park women were edged 3-2 by USTA New England (Natick, Mass.), who went on to lose in the final to USTA Southern (Raleigh, N.C.) 3-2.