The Ocala mixed team edged defending champion Volusia/Flagler counties 2-1 for the title, while Pinellas was also a 2-1 winner in their final over Miami-Dade South (Coral Pine Park, Pinecrest).

The Ocala and St. Pete teams advance to represent the USTA Florida Section at the 2016 USTA League Mixed 40 & Over 6.0 & 8.0 National Championships on Nov. 4-6 in Surprise, Ariz. 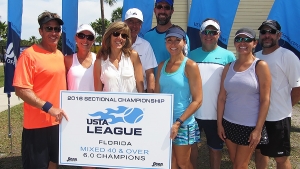 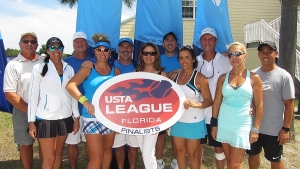 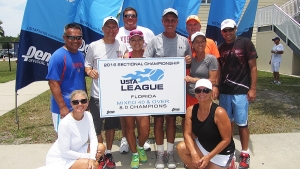 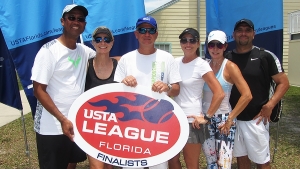 The event drew the top teams from throughout Florida, representing various clubs, parks, recreational departments and organizations, that finished at the top of their local leagues. Teams consisted of three doubles lines competing in a non-elimination round-robin format. The winner of each flight/division was determined by team matches won. The winner of each flight advanced into a single-elimination semifinal followed by the final.

NTRP levels of play will be a combined 6.0 and 8.0. For more information on NTRP levels go to www.usta.com/Adult-Tennis/USTA-League/Information/About_NTRP.

Established in 1980, USTA League has grown from 13,000 participants in a few parts of the country in its first year to more than 904,000 players across the nation today, making it the world’s largest recreational tennis league.

USTA League was established to provide adult recreational tennis players throughout the country with the opportunity to compete against players of similar ability levels. Players participate on teams in a league format, which is administered by the USTA through its 17 Sections. The league groups players by using six National Tennis Rating Program (NTRP) levels, ranging from 2.5 (entry) to 5.0 (advanced). USTA League is open to any USTA member 18 years of age or older.