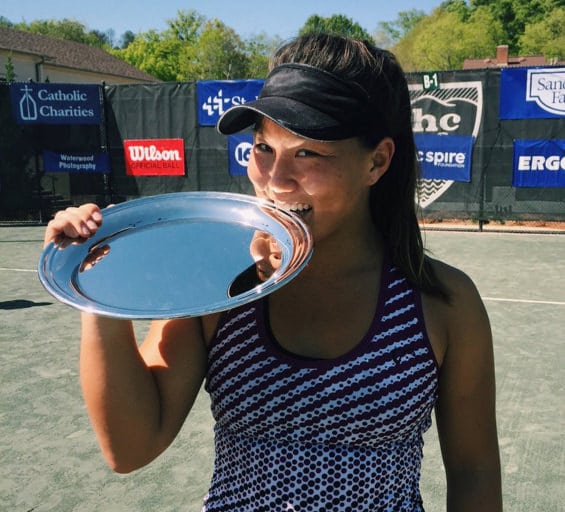 The title came on the heels of Min’s win the previous week at the USTA $25,000 Women’s Challenger in Jackson, Miss.

In Pelham the No. 6-seeded Min upset top-seeded Alla Kudryavtseva in the quarterfinals, then unseeded American Lauren Albanese to reach the final. The unseeded Pera edged No. 3-seeded American Jennifer Brady in her opening round 2-6, 6-3, 7-5, then did not meet another seeded player, in the semis outlasting former world No. 1 junior and American Taylor Townsend 2-6, 7-5, 7-5.

For Pera, the 21-year-old American born in Croatia, it was her first ITF/USTA Pro Circuit final reached since winning at Imola, Italy in July of last year. She fell to 6-7 career in finals.

Min improved to 7-3 career in USTA Pro Circuit singles finals and is projected to climb into the Top 200 on the WTA rankings, improving from a rank of No. 242 two weeks ago. The 21-year-old Min is on a 10-match winning streak on the USTA Pro Circuit.

The doubles title was won by American No. 1 seeds Asia Muhammad and Townsend, who in the final defeated No. 3-seeded fellow Americans Sophie Chang and Caitlin Whoriskey 6-2, 6-3. 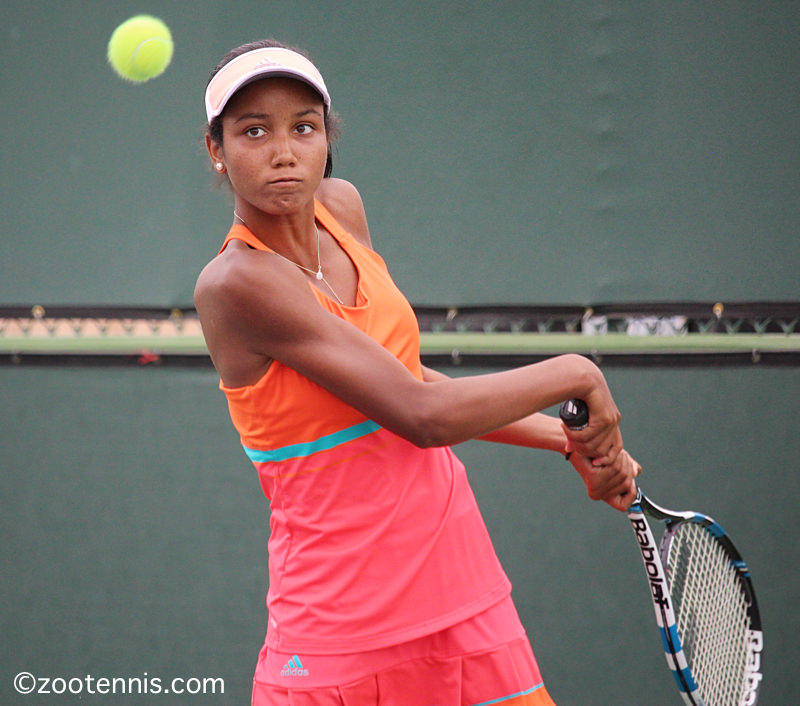 As the No. 7 seed, Angelica Blake was not one of the favorites when the Asics Easter Bowl began earlier this month. But by the time the 15-year-old from Boca Raton had won her sixth match in five days to capture the girls 16s singles title at the prestigious event, Blake was a perfect 12 for 12 in sets played.

In the final against No. 8 seed Abigail Forbes, Blake started well, taking the first set quickly, but Forbes fought back and was up a break three times in the second set, including at 6-5 serving, before Blake closed out a 6-2, 7-6(3) victory.

“I started off well in the first set, but in the second set she started off playing better, so I had to step up my game late,” said Blake, who had beaten Forbes in a match tiebreaker to take fifth place at the USTA Winter Nationals in January. “I had to be more aggressive and be more courageous in order to win the second set.”

Forbes, a 15-year-old from Raleigh, N.C., was unable to put pressure on Blake in the final two games of the match.

“In the tiebreak, I think I played pretty solidly, made a lot of balls back, hit some good volleys, putaways,” said Blake, who trains at Saviano High Performance Tennis in Plantation, Fla., although she travels to tournaments with Philadelphia-based coach Eric Riley. “I think the fact that I fought to the very end, even though I was down 6-5, really helped in the win today.”

Blake, who defeated 14 seed Katie Volynets in the quarterfinals and No. 6 seed Rachel Eason in the semifinals, had mixed feelings about the match before it started.

“Honestly, I was a little nervous coming into it, because I knew she was a good player and I knew it was going to be tough,” said Blake, who also reached the doubles final with Reilly Tran. “But I wasn’t that nervous in a way, because it was a final and you have nothing to lose, and it is just fun playing here.”

Blake obviously enjoyed her time at the Indian Wells Tennis Garden, home of the BNP Paribas Open, one of the biggest professional tournaments in the world.

“It was great to play her in the finals,” said Blake, who turns 16 in October. “She’s a great player, a great friend of mine. I had a great time, and I’ll be back next year.”