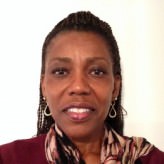 Volunteering in tennis for Miami’s Carolyn Gibson is a natural extension of her parks and recreation position over the years, where she worked to get tennis into schools and after-school programs in the Miami-Dade school system.

Now on her own time she is all over the tennis volunteer spectrum, from running tournament desks at top-level juniors events to spreading the word of 10 and Under Tennis for kids just starting the game.

Over the past three years Gibson has volunteered her time and efforts with Special Olympics tennis, USTA Florida Team Tennis Challenges, 10 and Under Tennis clinics, spreading the word of the 10 and Under Tennis format at special events, and assisting at the Jr. Orange Bowl International tournament.

Prior to her volunteer work, Gibson worked with USTA Florida to implement the 10 and Under Tennis format throughout Miami. As the North Region manager for the Miami-Dade County Parks & Recreation Department, she oversaw a $10,000 grant from USTA Florida to implement the format and programming in after-school programs, giving many children a first introduction to tennis.

“Tennis is a sport that once the kids are taught the basics, they can develop their skills to become competitive, and even use them as an opportunity to fund their pursuit for higher education,” she said in 2010.

Gibson says now, five years later, that volunteering in tennis is the return for the joy she has received, and will receive.

“I feel I am giving back to the sport that I will be playing for a lifetime.”

Gibson has been brought along in the USTA Florida Volunteer Development Program by long-time USTA volunteer and former staff member Sherry Beckman.

“In May, Carol worked with me at the 12 and 14 sectional championships at the Polo Club. She had never run a tournament, but within five minutes, she grasped all the details she needed to take scores, post scores in a timely fashion, and keep an efficient desk running,” Beckman said. “She worked so efficiently, she has literally taken over her job and mine! What a protégé!”

USTA Florida thanks Carolyn Gibson at the USTA Florida July Volunteer of the Month for her dedication to assisting with tennis programs across the spectrum in the Miami area.

My earliest tennis memory was…“Age 10 when my dad would take to the tennis courts so he could get some exercise, lol.”

If I could play tennis with three people, they would be…“Rafael Nadal, Roger Federer and Caroline Wozniacki.”

When I am not playing tennis I am…“Reading, on my iPad or jogging.”