The USTA League Nationals title haul for the USTA Florida Section continued over the weekend as teams from Miami and Deland finished first and third in their respective divisions in California and Arizona.

Earlier in the day the Miami men defeated USTA Eastern (Bronxville, N.Y.) 4-1 in the semifinals. They advanced to the semifinals after successfully navigating round robin play on Friday and Saturday.

“It’s unbelievable,” said the Miami captain Valme. “It was all teamwork. We did it together. We had very strong singles players in the lineup and we really worked hard the last six months. It’s something that we’re going to cherish as friends and players.”

Finishing in third place in Surprise, Ariz., was the women’s 55 & Over 7.0 team playing out of the Deland Tennis Club. They defeated USTA Missouri Valley (Omaha, Neb.) 2-1 in the 3rd/4th place playoff match. 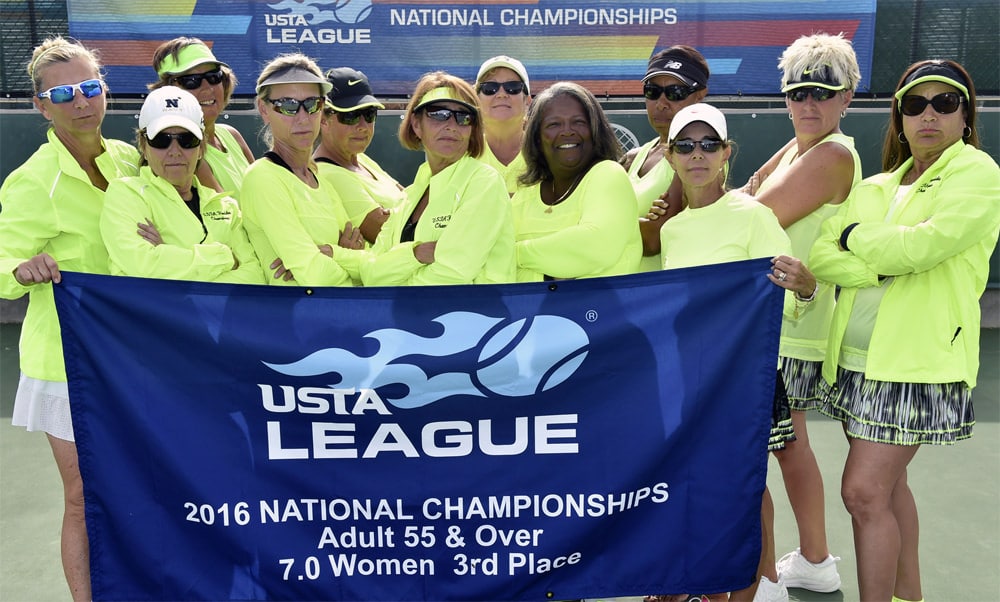 In the semifinals the Deland women were edged 2-1 by USTA Eastern (Rye Brook, N.Y.), which went on to finish runner-up to USTA Southern California (La Quinta, Calif.) 2-1 in the championship match. They advanced to the semifinals after successfully navigating round robin play on Friday and Saturday.