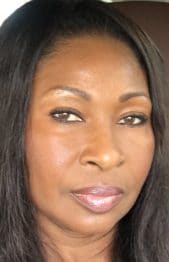 You don’t have to be a grizzled tennis veteran of 30 years to make a difference, as Miami Lakes tennis volunteer Audrey Gayle has shown over the last two years.

A couple years ago she rounded-up a group of fellow players who had a minimal amount of tennis under their belts to form a USTA League 3.0 team (the lowest USTA NTRP rating is a 2.5), with camaraderie in mind as well as competition.

“We played with passion and hunger, but always with preserving friendship in mind,” she said. “We bonded in friendship and tennis, and won our local league.”

Some players were bumped up to a 3.5 rating, so Audrey captained a 3.0 and a 3.5 team. Then she added a USTA Combo team as well.

USTA Florida Miami-area Local League Coordinator Donna Kass says Audrey is the model captain, even taking the helm of teams she does not play on, but that no one wants to captain, so others can experience USTA Leagues.

“Not only does she captain two teams that she plays on, but she captains another, just so others can play,” Kass said. “Audrey stays up to date on the rules and is always courteous and thorough with the other captains and me.”

Tennis, says Gayle, became more than swatting balls as she watched the personal growth of her teammates coming out of a season’s competition while enjoying the social aspect of USTA League play.

“It’s the passion and the bonding that I foster among my teammates that makes me most proud,” said Gayle, who organizes and plays out of Shula’s Athletic Club in Miami Lakes. “We have created an atmosphere where people thrive, where characters are built, and where tennis is becoming more popular. I watch people grow physically and emotionally, and it makes me want to continue what I started and enjoy my lifelong friends.”

Outside of league play she schedules team practices and social events that have taken relationships beyond the courts.

It’s about the camaraderie and friendships…but don’t forget the competition, she says.

“My team and I completely enjoy playing tennis,” Gayle says of why she volunteers as a captain. “It’s hard work to dedicate such time to the USTA and to my friends but I enjoy the results — and also we are fiercely competitive.”

USTA Florida congratulates and thanks Audrey Gayle as the September 2018 Florida Tennis Volunteer of the Month for bringing players into the game in the Miami area.

My earliest tennis memory was…”Eight years ago when I was so new to tennis I could not keep the tennis balls on the court. I was embarrassed but I kept going.”

If I could play tennis with three people, they would be…”Kristen Knous, Alexandra Navarro and Patricia Anillo.”

When I am not playing tennis I am…”Spending time with my family, mostly my 5-year-old niece and my wonderful boyfriend Jacques who is also a tennis player.”

My best tennis memory is…”Captaining my team at the regional finals in the summer of 2017.”