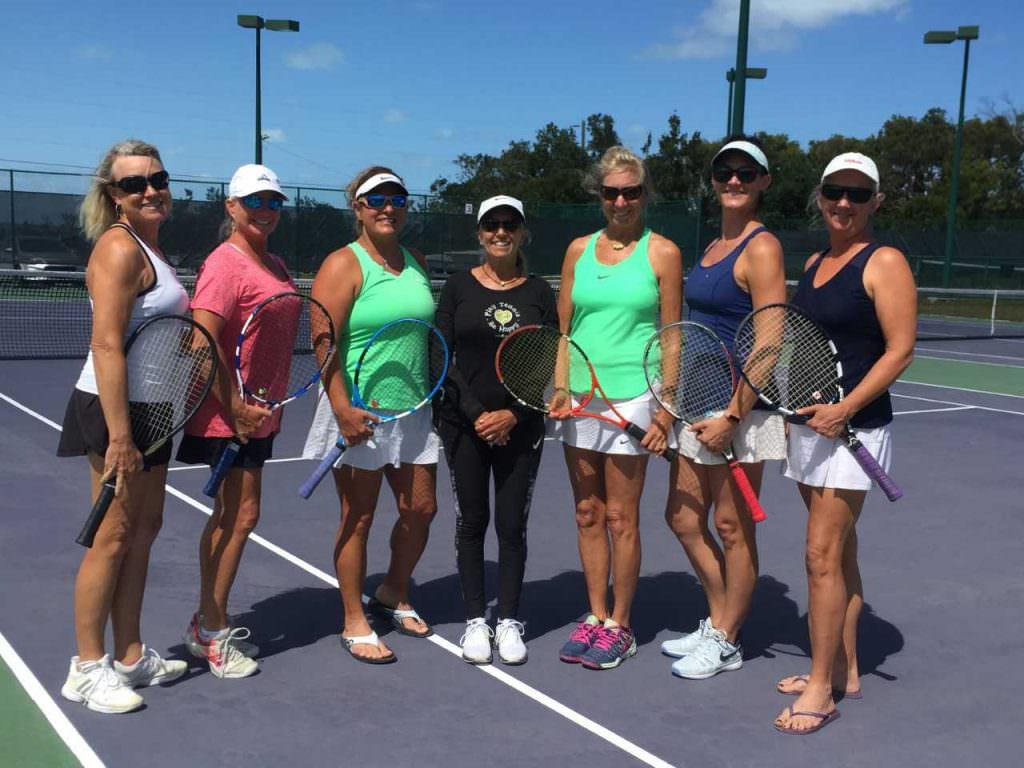 Tri-Level teams were forming throughout the Upper and Lower Keys and in Key West for the Fall season when Hurricane Irma hit and devastated the area.

That did not stop teams from Islamorada Founder’s Park, Islamorada Tennis Club and Paradise Tennis Club from forming and playing the league in January. Tiki Tennis Team, coached by Susie Jannach out of Founders Park in Islamorada, won the Monroe County Tri-Level League in a playoff against a team from Paradise Tennis in Key West.

Tri-Level is a unique format where 3.0, 3.5 and 4.0 players, or 3.5, 4.0 and 4.5 players form a team. Matches consist of three courts, one at each level. Teams compete locally with the top teams advancing to the USTA Florida Sectional Championships on Feb. 2-4 at the Florida Tennis Center in Daytona Beach.

This social, competitive league is a great way to enjoy the camaraderie of friends in the ultimate team experience. For more information or to join a team, email Donna Kass at kass@ustaflorida.com.

In the fall I opened an email about a state tournament in Naples for 50 & Over 3.5 women and saw that the winners of the tournament would advance to a national tournament in the spring. My competitive juices started flowing. I have had several opportunities to compete at sectionals with league teams for the title of state champion, but have always come up just short of the title.

The description for this tournament lined up quite well with me — eligible age, correct USTA rating and fortunately, just a short two-hour drive away! I quickly grabbed one of my favorite doubles partners, Raegan Hanson, and off we went. The weekend was a rainy one, but we managed to get all the matches in and brought home a state champion trophy! Finally!

Even more exciting, we advanced to the national tournament in the spring.

I couldn’t wait for April to arrive. The tournament was held at Academia Sanchez-Casal in Naples over the course of three days. There were 32 doubles teams broken into round robin draws, and the winner of their round robin then went into the winner’s round robin to play all the winners. The scoring format was interesting and very different for us. It was best-of-three FAST4 sets with no-ad scoring and a point tiebreak at 3-3. Many of the teams had qualified at their state tournaments using the same scoring system, but we had never even heard of it. This format gave us no time to mess around. It heightened the adrenaline because if you got behind a few points (or a few games), you really didn’t have time to get your act together. I hated it at first, but with each win, I realized that this format made me focus and battle for every point with a stronger determination.

In our flight we played teams from Ohio, Texas and Missouri and won all our matches in two sets and couldn’t believe we were moving into the winners’ bracket. We knew this portion would be more challenging. Our first opponents in the winners’ bracket had a small contingency of fans set up to root their girls on.

The first day of the tournament a friend that we had made told us we would need to “watch out” for the girls from Maryland. Well, here they were, across the net. We reminded ourselves that we were playing people our level; we just needed to play our games and stay focused. We won the first set, and were about to close the second set when we faltered a bit and ended up losing the second set — fortunately we stayed on top during the third set to close the match! In the match against California, we finished in two sets quickly, and anxiously watched our next opponents from Washington D.C. finish their match.

This was it. Whoever won this final match would be national champs! The points were challenging, but game by game we stayed focused and determined and won 4-2, 4-1.

What a thrill to be named national champions! It was especially fun that I won this tournament with Raegan, who kept encouraging me to go to tennis clinics with her 12 years ago. She is the person who got me playing and competing as an adult, so, I’m thankful to be able to compete in this great sport! 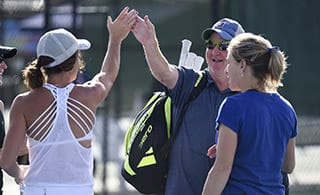 South Miami-Dade and Monroe County will be offering the full menu of leagues in the fall.

All league play dates will be coordinated to not overlap or conflict with the various club social leagues in the area. Players have the ability to play on an evening USTA team and a day USTA team at the same level if they so choose.

USTA Leagues are progression leagues, as the local winners advance to the state championships at the USTA National Campus in the Lake Nona area of Orlando to compete against players from other counties in the state.

All team captains will receive a $30 gift certificate to Tennis Warehouse and other captain gifts, and all players on the winning team receive a gift item.

If you are interested in starting a team and/or captaining a team, please contact Donna Kass at kass@ustaflorida.com.

The next league registration starts in August with play beginning in September. For more info go to www.ustaflorida.com/donnakass.