Tennis Events for Players 21-35 Years of Age in Miami 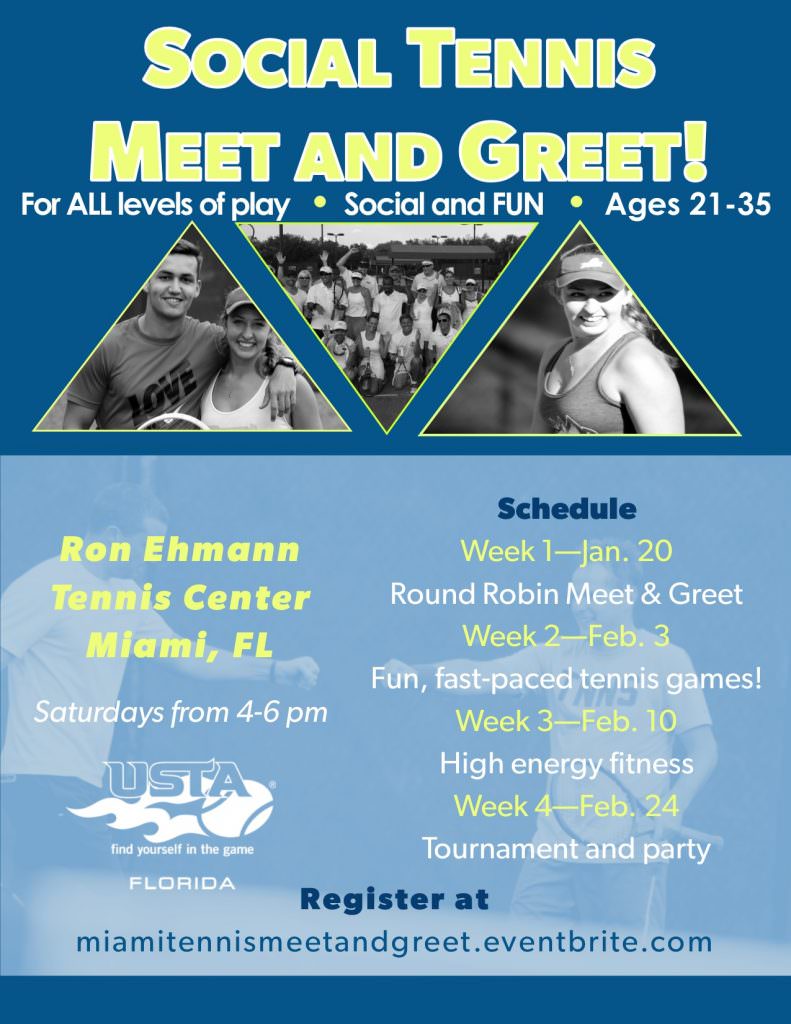 Want to get in the game, meet some new tennis players, or just looking to get back into the swing of things?

Join us for four weeks of fun on the tennis courts at Ron Ehmann Tennis Center. We will be hosting two-hour tennis events for players 21-35 years of age with a different theme each week. All playing abilities welcome. Be ready for round robins, high energy fitness, tennis games, goodie bags, prizes, and more! 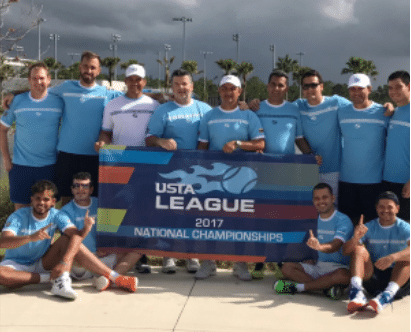 “Playing in a national event was a wonderful experience for our team,” said Jane Forman, captain of the 40 & Over 3.0 women. “The confidence the girls gained from competing in such a prestigious event was priceless. Meeting women from all over the country and competing with other sectional winners proved to be the most rewarding aspect of the tournament.”

The team, she said, was nervous and did not know what to expect.

“While playing [nationals] in Fort Lauderdale lacked a little of the ‘wow’ factor, it was great not
having to travel to another state, but, on the other hand, it almost felt like an ordinary league match…Also, the weather did not cooperate, so the scoring system was shortened to accommodate all the matches. This proved to be an equalizer and definitely made it harder to compete for all the teams involved. All in all, it was an encouraging experience. The girls gained a tremendous amount of confidence seeing they could compete and beat the best teams in their division in the country. We are looking forward to many more!”

“Getting to the 2017 nationals was the culmination of a long process for our team,” Armando said. “For a long time we had been coming in second place. This year we started with the right foot and ended up with a record of 18-1 and qualified for sectionals. There, after losing the first match of the round robin, we ended up winning the final 3-2 in a heart-stopping match. Happy to be representing our home state against the best in the country, we won three very challenging matches to make it to the semifinal round, where we lost to the eventual champion, a very talented (and young) Indiana team. We’re proud to be in the top four in the nation. In the end, it was the experience of a lifetime for a group of people that formed a team with a common interest, and have reached the destination having evolved into a band of brothers. We’re looking forward to repeating the feat in the 5.0 level!”

Armando’s team from Doral Park went on to finish third at the 18 & Over 4.5 nationals. For more information on local USTA Florida leagues in 2018 go to www.ustaflorida.com/contacts/donna-kass.

Thanks to the Miami-Dade ‘Super Captains’ 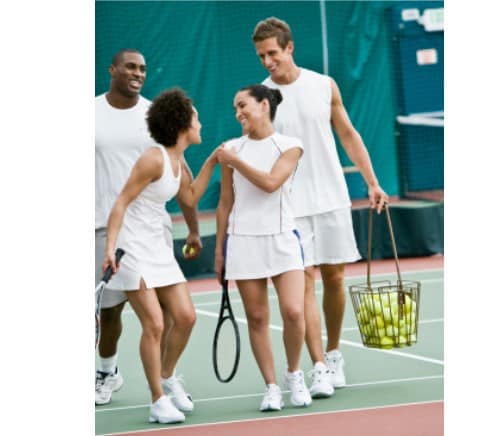 Captaining a team is hard work. You have to gather the players and make sure they sign up for the team. Then you have to secure a home court and remember to reserve courts for all your home matches.

Finally, the captain has to be in communication with the players to make line-ups, remind them of the rules, and to make sure the players go to their matches. Imagine doing this for more than one team.

Now, imagine doing this for multiple teams that you do not even play on. In South Miami-Dade, we have multiple “Super Captains.”

They are much appreciated and do a lot to promote USTA League tennis in South Miami-Dade. To captain or join a team in your area of South Miami-Dade or Monroe counties go to www.ustaflorida.com/contacts/donna-kass.