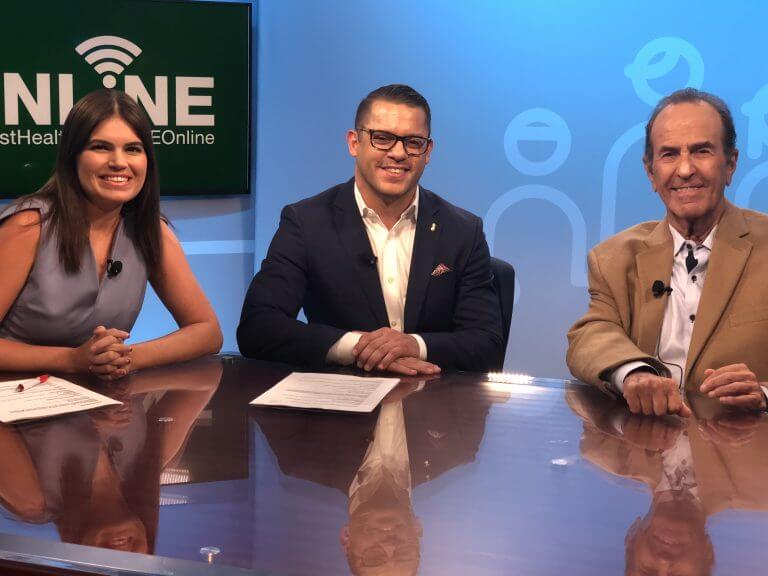 Local tennis player Gary Friedman was interviewed for PBS in July about his battle with cancer, sharing how doctors said his dedication to the sport helped pull him through.

The diagnosis was cancer, and he was put in touch with Dr. Omar Llaguna to immediately schedule surgery. The successful surgery was only the first step. Gary subsequently endured a long bout of chemo and radiation therapy. Dr. Llaguna confirmed that Gary’s playing tennis 4-5 times a week made him strong enough to survive the combined surgery and chemotherapy.

Gary says the Miami-Dade tennis community gave him so much support during this time, and he was amazed at the hundreds of calls he received from his tennis friends, giving him the motivation to return to the court.

He turned 79 this summer, and reports he is back to hitting 3-5 times a week.

To find a local USTA League this fall and tune-up your health, go to www.ustaflorida.com/contacts/donna-kass. 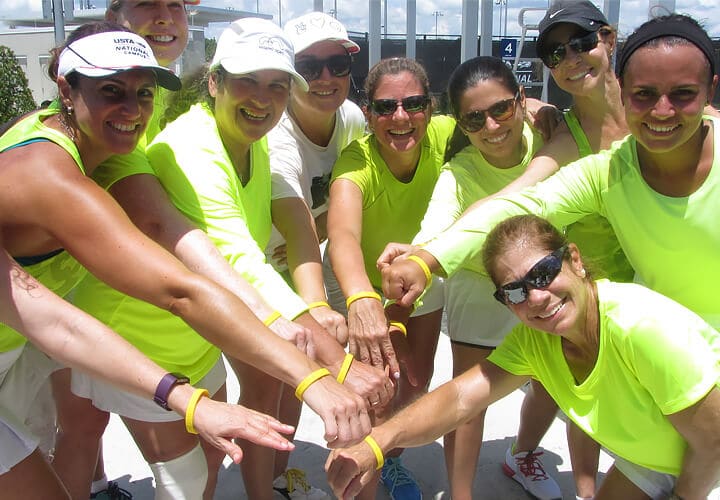 The 18 & Over 3.0 women playing out of Crandon Park on Key Biscayne won the sectionals title in August, overcoming a number of obstacles that left them with a skeleton crew after winning their local league.

“We were very excited about going to sectionals, but as the time neared, we had several setbacks,” said team member Gema de Dios. “Two players were pregnant, and a couple were injured and not able to join us. Our team barely had the eight players required to register. But with determination, and a lot of willpower and work, we pulled this team together and headed to Orlando. We had no expectations except to have fun, play tennis, and live the experience.”

At the USTA National Campus in Orlando the Crandon Park women won their flight and pushed through to the final, in the championship match defeating Marion County (Ft. King Tennis Center, Ocala) 4-1.

“With all of this we won, and still cannot believe it,” De Dios said. “We are now putting together a strong team, and hopefully will have a shot at nationals, representing Florida. We are very proud.”

The team was scheduled to represent Florida at nationals on Oct. 12-14 at the Darling Tennis Center in Las Vegas, Nev.

If you want to play with friends but everyone has a different NTRP rating, or you’re having a hard time getting enough people together to form a team, Tri-Level is for you.

Play doubles with your friends in a USTA Florida Tri-Level league. Tri-Level is a unique format where 3.0, 3.5 and 4.0 players, or 3.5, 4.0 and 4.5 players form a team. Matches consist of three courts, one at each level. Teams compete locally with the top teams advancing to the Florida Sectional Championships on Feb. 2-4, 2019 at the Florida Tennis Center in Daytona Beach.

This socially-competitive league is a great way to enjoy the camaraderie of friends in the ultimate team experience. For more information or to join a team, email Donna Kass at kass@ustaflorida.com or go to www.ustaflorida.com/contacts/donna-kass.