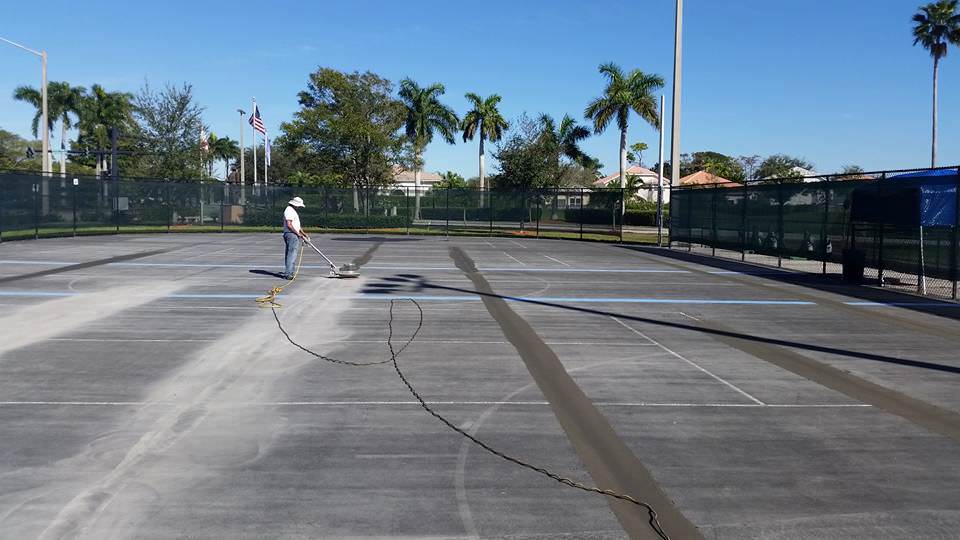 City funding, a former coach of Serena and Venus Williams, and fervent USTA 10 and Under Tennis program enthusiasts have come together to turn an abandoned skateboard park into permanent 36-foot kid-sized tennis courts in Margate, Fla.

Located just northwest of Ft. Lauderdale, the courts in the City of Margate at Firefighters Park are the only permanent 36-foot kids courts in Broward County.

“We noticed the skateboard rink at Firefighters Park and requested the permit to convert it,” said Csilla Constandache, owner at GSM Tennis Experience, which runs 10-and-under and age 11-17 junior programs. “The courts are specially designated for the 8-under ‘red ball’ tennis players in our program.”

USTA 10 and Under Tennis programs introduce tennis to children based on age, physical size and ability. By modifying the court dimensions (36 feet or 60 feet in length), equipment (appropriately-sized racquets and balls progressing from red to orange, green, and the adult yellow balls), children develop better technical and point-playing skills, and have more fun. 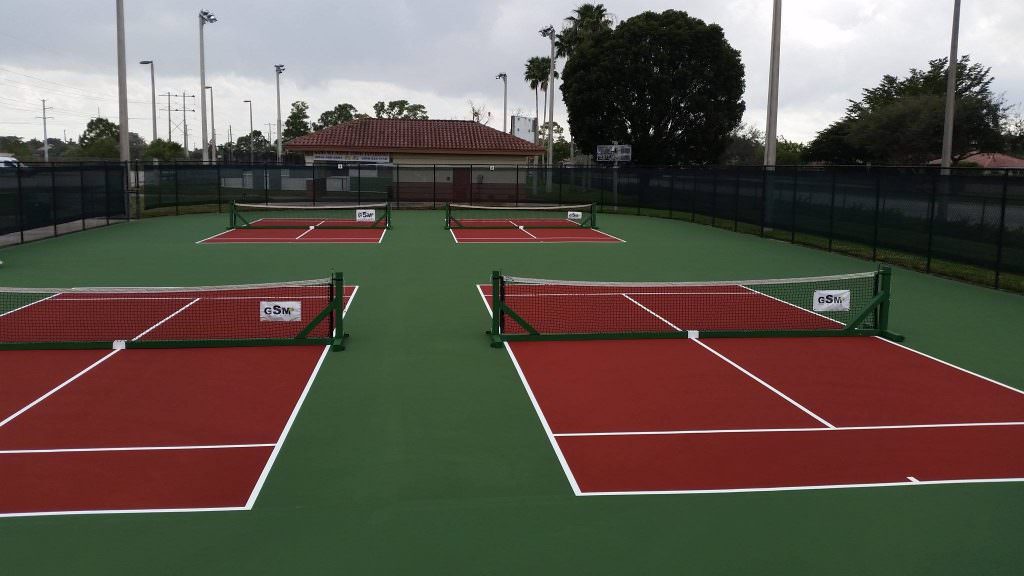 Before the City of Margate would approve the project, it put the onus on the Constandache family to show that her organization could provide the numbers in terms of junior participants.

“We always knew that was just a matter of time until the City of Margate officials would allow us to use this particular skateboard rink for tennis classes,” said Constandache, who has operated her junior programs since 2014. “We knew that were are looking for numbers, and if it would benefit the community, and of course generate income. We started reaching out to the schools near our tennis facility, and as the time was passing and the amount of participants continued growing in our program, the city finally decided to allocate us the skateboard rink.”

Constandache and her organization also consulted with the USTA Florida Section in regard to growing participation, adding junior tournaments and applying for additional funding. They took a field trip to the Tamiami Tennis Center in Miami, which was the first in Florida to install permanent 36-foot courts for kids.

“We contacted USTA Florida for help, and we had Mr. Andy McFarland and Mr. Thad Hawkes visit our location, and we have collaborated together ever since,” she said. “Everyone at USTA Florida helped us all the way in order to achieve our goals. Since October 2016 we successfully organized USTA entry-level L9 junior tennis tournaments, and we use the new courts for our 8-and-under ‘red ball’ group matches.”

McFarland added that the 36-foot courts are not just for young children, but also great for parents to play as a family, and for seniors who are challenged with their mobility.

“With the addition of these four 36-foot permanent courts to go along with the 60- and 78-foot courts, this makes Firefighters Park a true full-service tennis center that can provide tennis learning and play opportunities for kids, adults, seniors and families of all skill levels.  This is what the future of tennis facilities must look like for tennis to continue to be relevant in the future.”

Well established in Europe, where players such as Roger Federer started the game as young children using modified equipment and court sizes, Constandache has become a Florida advocate for the newer USTA 10 and Under Tennis format.

“I am disappointed when we see kids attending our tournaments and they don’t follow the 10 & Under Youth Progression Pathway,” she says. “Ninety percent of parents have no idea what am I talking about when I mention the pathway. You can notice it from parents and even coaches in their child’s performance, they are playing with the ‘green ball’ or even worse the [adult] ‘yellow ball’ when they can barely cover the full court!

Now with their 36-foot courts in place, there are already plans to expand beyond Margate into other parts of Broward County. GSM Tennis has brought on board Bill Murray, a former coach of Serena and Venus Williams, another advocate of 10 and Under Tennis. A former junior player herself, Constandache was ranked No. 3 at age 14 in Romania, and as the mother of two under-10 players she knows the sport inside and out.

The impetus for starting her academy? Her husband attended one of their sons’ lessons at another academy. There a pro fed balls to a line of 13 kids who stood around with adult-size racquets hitting adult balls. The two of them discussed it and concluded, “We can do better.”

The two are currently on the search for a second location in Broward County, and are working with the USTA Florida Section and the USTA national body for funding.

A bigger pond produces more fish. That’s been the mantra of 10 and Under Tennis — getting more kids age 10-and-under to play tennis, producing more middle and high school players, more college players, and more depth to eventually produce more American champions. The Constandaches are focused for now on bringing junior players along with the right-sized equipment and instruction, producing kids who can hit every stroke and develop a life-long love of the game. At the same time they wouldn’t mind producing the next American champion out of their fun little group.

“In my opinion these are the best kids’ courts in South Florida. Slowly but surely we are moving forward with our daily routine and hope that one day we will find a next Serena or Venus Williams — for now we’ve got their former coach, and lots of talented children,” she says.

For more info go to: