Margaret Newfield, a past volunteer president for the USTA Florida Section, died at the age of 93 on Aug. 24, 2019 in Surfside, Fla.

Newfield was the second female president of the then-named Florida Tennis Association from 1988-1989, a long-time volunteer with a passion for youth tennis.

She first worked with the renowned Port Washington Tennis Academy in New York when her daughter Betty was a junior competitive player, volunteering for the USTA Eastern tennis association. In 1979 she relocated to Florida and continued her volunteer tennis career, working with legendary junior organizer Bobby Curtis for many years as the USTA Florida chair of the Junior Competitive Tennis Committee. Her roles as chair included the Rankings and Tournament Sanctions and Schedules Committee, and one of her most notable contributions to the USTA Florida Section was to help launch the Junior Team Tennis program in the 1990s. 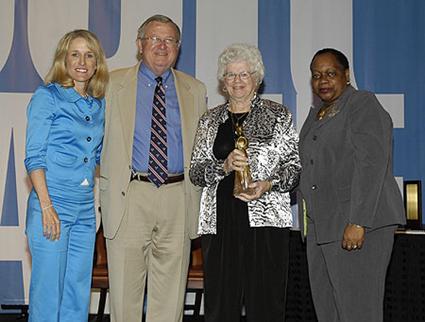 She was honored with numerous USTA Florida awards, including Family of the Year in 1982, and the Merit Award in 1983, all culminating with her induction into the USTA Florida Tennis Hall of Fame in 1994. In 2002 she was further recognized as she ended her volunteer career after more than 30 years of service.

“At the national USTA level she was a member of numerous committees and chaired the USTA Junior Team Tennis Committee for many years,” said Lynne Salus, USTA Florida governance and meeting manager. “She successfully coached the U.S. Bueno Cup team for many years and to many titles. Her exemplary leadership led her to become a member of the USTA Nominating Committee, and she received the USTA Senior Service Bowl Award and the prestigious Barbara Williams Leadership Award, which was presented to her by Tracy Austin.” 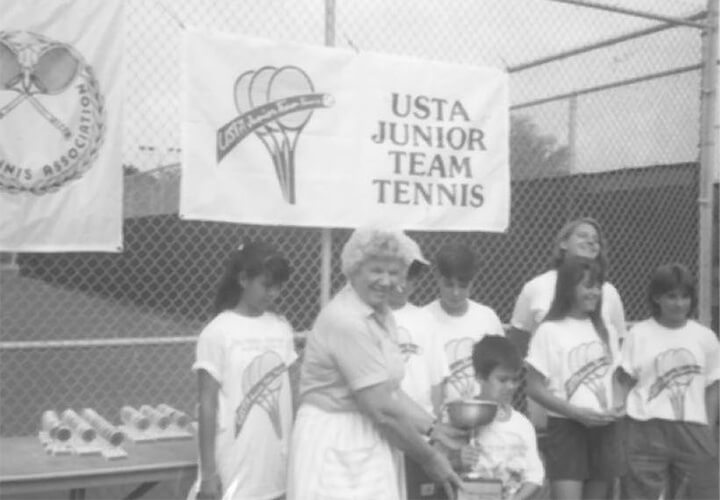 Newfield presenting an award for JTT

Newfield was presented with the Barbara Williams Leadership Award at the 2006 USTA Annual Meeting.

“The success of the USTA can be directly attributed to the efforts of the thousands of volunteers across America,” said Franklin Johnson, then-chairman of the board and president, USTA. “Margaret has been a source of inspiration and encouragement to other USTA volunteers and has continued an active role in the USTA.”

She is survived by her daughter, Betty Newfield Wall, her son-in-law Steve Jaffe, and her grandsons Tyler and Dylan Wall. With her love of children and in lieu of flowers, the family requests donations be sent to the USTA Florida Section Foundation at www.ustafloridafoundation.com.