MaliVai Washington: A Duty to the Past 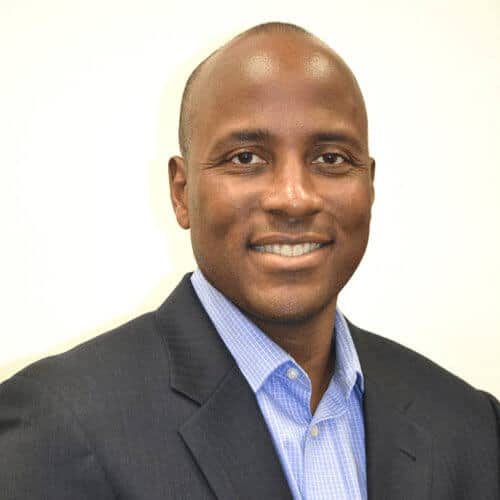 I consider tennis the greatest sport in the world. I’ve had the privilege of traveling and playing tennis throughout the world in over 25 countries and over half of the 50 United States doing what I love to do. My life with tennis began at 5 years old when my dad put a tennis racquet in my hand and taught me and my siblings how to play. My parents drove me all around the country from the age of 7 for junior tennis tournaments before I received a scholarship to become a student-athlete at the University of Michigan. A dream was realized when I joined the ATP Tour in 1989 and competed against the best at the highest levels of professional tennis.

I was born in 1969. My parents instilled in me and my siblings the value of self-worth and hard work. For my parents it was pretty simple: if you want to achieve something, be willing to work your butt off until you get it or die trying. I can’t say that I achieved all of my goals, but I had a great time trying and have never regretted the time and effort I put into those goals. One goal was to win a Grand Slam title. I came close at the 1996 Wimbledon Championships. I wanted to become a top 10 player, I reached number 11. I wanted to represent my country at the highest levels of the sport, I did so as a part of three Davis Cup teams and the 1996 Olympic team. 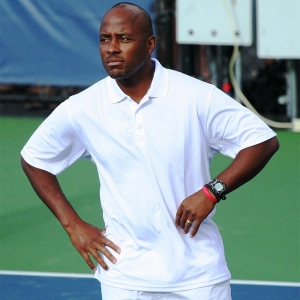 I owe so much of my success to my parents who were born in the late 1930s and by extension, my grandparents who were born from 1905-1918. All of them were born in Mississippi, at a time in our country’s history when a black persons’ skin color was a stigma. Jim Crow was no friend, segregation was the law of the land (not just the south) and the combination of the two all but stifled the hopes and dreams of countless individuals. In many cases, it took the breath and life away from individuals, literally. Somehow through it all my grandparents, who came to own property that is still in the family to this day, instilled in their kids the importance of education, though they themselves were not educated beyond the 8th grade. They also taught equality for all people, self-reliance and hard work, albeit hard labor in the cotton fields of the south.

It was my parents who used the oppressive environment of the deep south in Mississippi in the 1940s and 1950s to motivate themselves to seek a better life and to pursue higher education. The spirit that drove my grandmother to become a civil rights activist is the same spirit that drove my parents to become a part of the great migration of the mid-20th century. They headed north to Illinois, then New York where I was born, and finally settled in Michigan. My parents still own the house that I grew up in. The better life they sought was not easily found but those same values they learned were then passed to me and I have carried them for 51 years. It has been my job for close to a quarter-century to carry those values forward again, first with my son and daughter but also through my non-profit, the MaliVai Washington Youth Foundation. 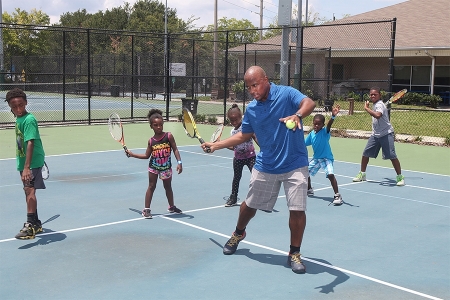 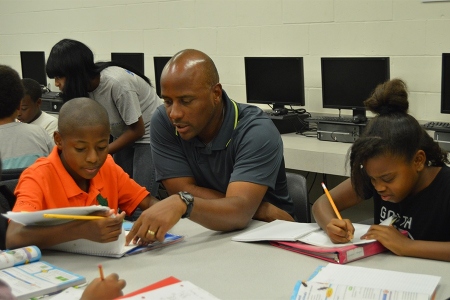 The initial vision behind my Youth Foundation was simple: introduce kids to tennis, kids who otherwise would not have the opportunity. Soon we realized there was so much more we could do and really needed to do to impact the lives of young people. Therefore, during the last 24 years, we have been creating unique programs for thousands of youth in Jacksonville around the ideals of education, life skills and tennis. All this is to assist our youth, who are also our future, to realize their full potential. Generations from now, long after I’m gone, my hope is that the Foundation is still helping impact youth while changing the trajectory of their lives, youth who will then go on to impact the next generation. In recent years we have started to see a second generation of students who are being impacted by the Foundation as some former students have now grown up and are raising families of their own. Some of those former students have become full and part-time employees of the very Foundation they grew up in. 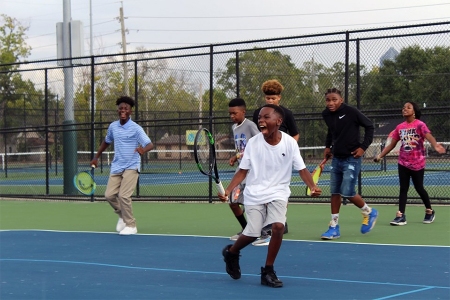 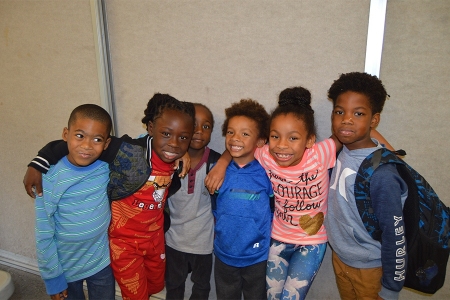 We all have a part to do to impact our community in some positive way. We need to engage where we feel comfortable, but the real growth happens when we step out of our comfort zone and engage further. We grow when we make a conscious decision to engage with people who don’t look like us or worship like us or sound like us. I believe in the value of discussion. In the many discussions I have had in recent weeks and months, my mindset is to listen and learn, not to over talk or try to convince people of anything. We all see life through our own personal lens of thousands of experiences, so I try to listen and understand the other persons’ perspective through their lens. What’s the saying, God gave us two ears and one mouth, use them in that proportion.

These are very important times when I believe we must speak out, and we must not be complicit. For far too long so many people have not spoken out or protested against injustice (or anything for that matter) because they felt it may not have impacted them directly. Or maybe it just wasn’t their thing. In my lifetime, there has been no greater time than now to stand up and speak out especially if you are someone in a position of power, privilege or influence. Your voice must be heard lest you stay seated and remain a part of the problem. I love my country too much to sit and watch life go by knowing that the generations who came before me suffered far greater than I can ever imagine. I believe my upbringing and family history has brought me to where I am today and the spirit of my ancestors won’t allow me to ever rest on my laurels. I must forever use my voice, talents, influence and yes privilege, to stand up, speak out and honor the memories and sacrifices of those who came before me.

For more information on the MaliVai Washington Youth Foundation, visit www.malwashington.com or check out their Facebook page.