The ITA sponsored $2,000 in prize money with $1,000 for each the men’s and women’s events. The tournament was is played in the round-robin format, with short no-ad sets leading into the knockout rounds. 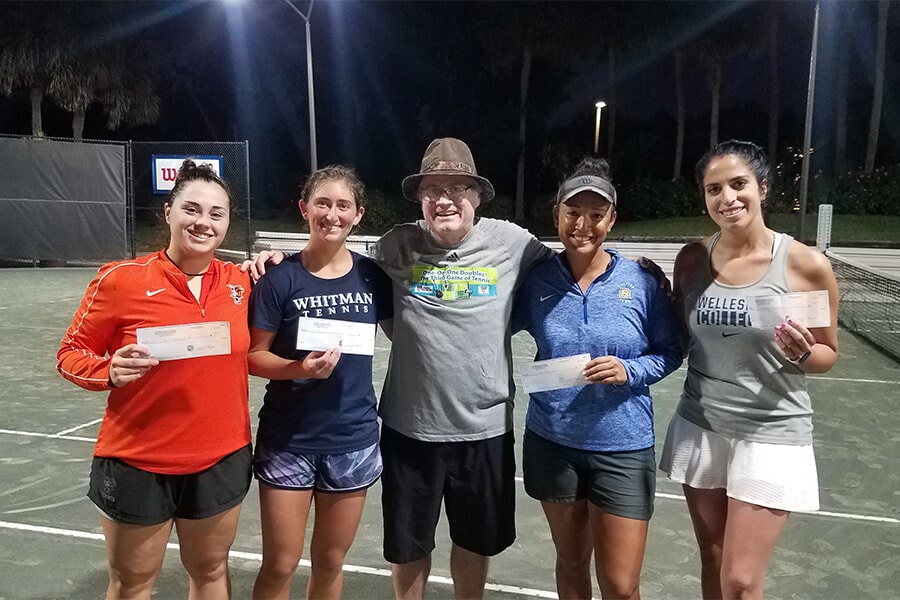 Tasi Purcell Batiste, who is currently the Assistant Women’s Coach at Rollins College in Winter Park, Fla., won her initial group play/pool play round-robin to qualify for the tournament’s prize money semifinals, where she defeated Leah Bush of Whitman College 10-4. Batiste went on to capture the $500 first-place prize after a 10-8 win over Paula Comella Aguilo of Bowling Green State University.

“This One-On-One Doubles Tournament was one of the most exhilarating tournaments I ever played in,” said Batiste, who was a standout varsity player at Rollins a decade ago. “I will definitely grow the game here at Rollins and with my private students!” 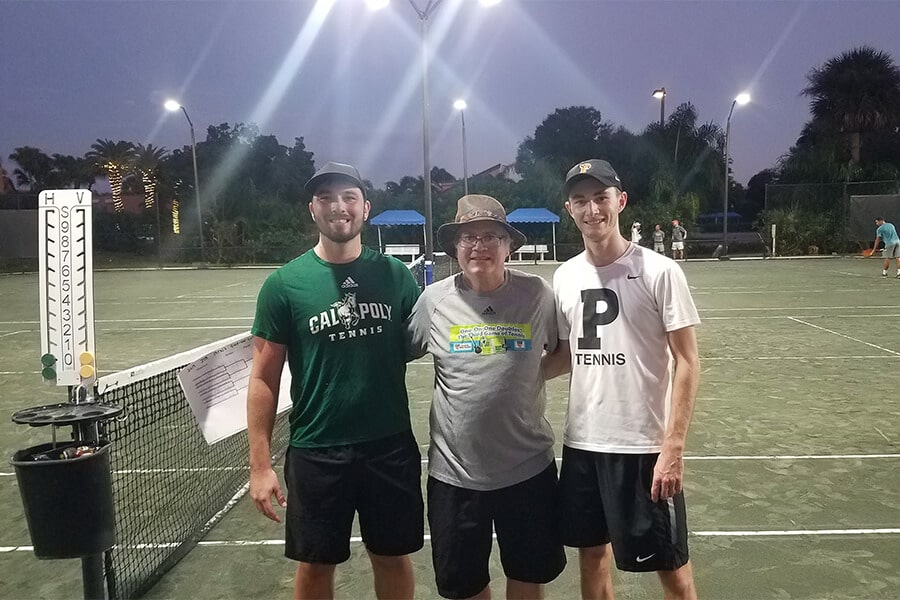 Max Scholl, Volunteer Assistant Coach at Princeton University, climbed to the top of the men’s player draw. Scholl qualified for the tournament’s knockout quarterfinals after he claimed victory in his initial group play/pool play round-robin. He later went on to defeat Eric Johnson of Cal-Poly University 10-6 in the championship.

“Playing the One-On-One Doubles Tournament was an afternoon of great fun, great tennis, fun conversations and a unique tennis experience I will never forget,” said Scholl after the event.

Since One-on-One Doubles’ inception in 2004, the game has been played at ATP, ITA, USTA and USPTA national conventions and tournaments.