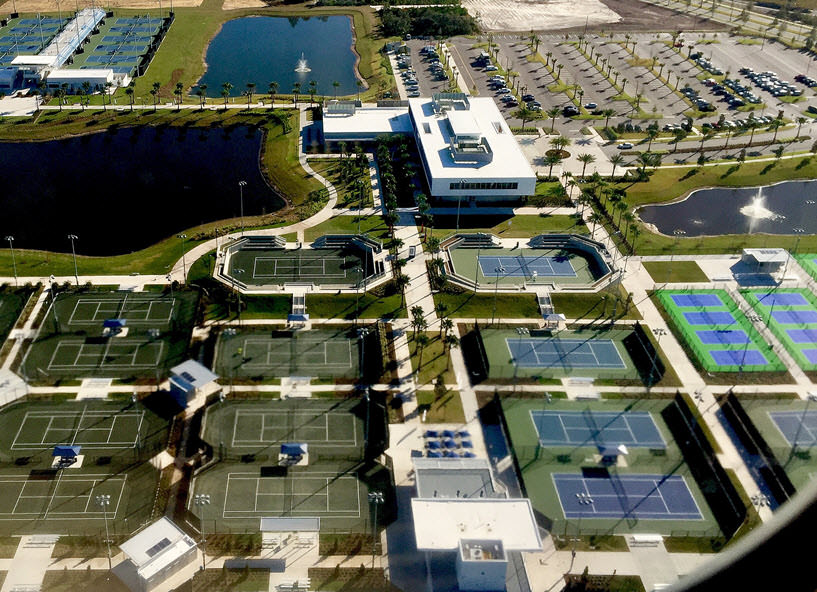 The USTA National Campus in Orlando

The cutting-edge technology at the USTA National Campus in Orlando features all courts streamed live via Playsight technology, but Wednesday, June 13 will see a first for a junior event from the campus — the girls’ and boys’ 18s finals of the Florida state championships broadcast live with commentary.

The 2018 USTA Florida “Bobby Curtis” Junior State Singles Championships will be contested on June 9-13 in age 18-12 divisions. The 18s finals will be broadcast live with commentary beginning at 10 a.m. on Wednesday, June 13 at www.ustaflorida.com/livestreams.

“The live stream is very innovating and exciting, we’re looking forward to featuring the four future stars that reach the 18s finals this year,” said USTA Florida Director of Tennis Jason Gilbert. “Like past winners, these are the players you’ll next see starring in college tennis or on the pro tour in the next few years.”

Live broadcast of the girls’ and boys’ 18s finals with commentary will be on June 13 on the USTA Florida YouTube channel and the USTA Florida app beginning at 10 a.m. at www.ustaflorida.com/livestreams.