Bradenton’s Sebastian Korda, almost 20 years to the day his father Petr won the Australian Open, captured the junior boys’ title with a 7-6(6), 6-4 victory over Chinese Taipei’s Chun Hsin Tseng last weekend. He became the third Korda to lift an Australian Open title after his sister Jessica won the LPGA golf crown in 2012.

The elder Korda said he avoided traveling to Melbourne this month so that his son wouldn’t be under his shadow.

“I didn’t want to come because I felt it would not be about him,” Korda told the New York Times. “People would be asking, ‘Oh, 20 years since, blah blah.’ No, I didn’t want to be a distraction. I wanted badly to be there because I love Australia and I wanted to have this combo son-and-dad being there.” 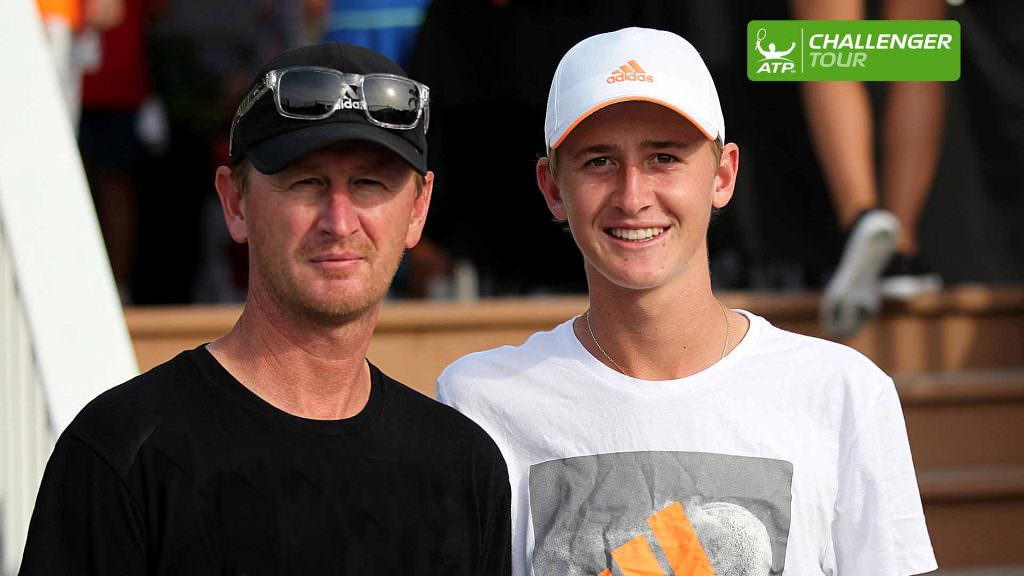 “It’s definitely special, including being here in Australia — I mean, my sister won her first title here as well,” Sebastian said. “My dad won his only Grand Slam title here, so it’s very special.”

He was No. 7 in the ITF world junior rankings entering the event, and is now No. 1 on the Junior Masters Road to Chengdu standings where the Top 8 juniors in the world will compete at the year-end ITF Junior Masters. Last year Korda skipped the Australian Open juniors tournament and did not advance past the third round at the French, Wimbledon or US Open juniors.

The 17-year-old favored ice hockey as a youngster, saying he found golf too boring, then took to tennis full-time when traveling with his father and watch Czech Radek Stepanek, who his father was coaching.

“Most parents push their kids away,” he said. “I really fell in love with the sport. I wouldn’t take no for an answer to play it. My dad, of course, tried to push me away a little bit. He would always take me to tournaments with Radek Stepanek. I fell in love with it. Ever since he’s supported me as much as he can. He’s my main coach. He’s the main one I play with when I’m back home at IMG [Academy in Bradenton]. I play with all the other guys there, but usually when I practice, it’s usually just him.”

The young Korda said he went out of his way to find and take a picture of his father’s championship banner at the Australian Open, and dedicated the win to his father as a 50th birthday present.

Can the young Korda now beat his father?