Corkscrew Shores to the Rescue After Irma 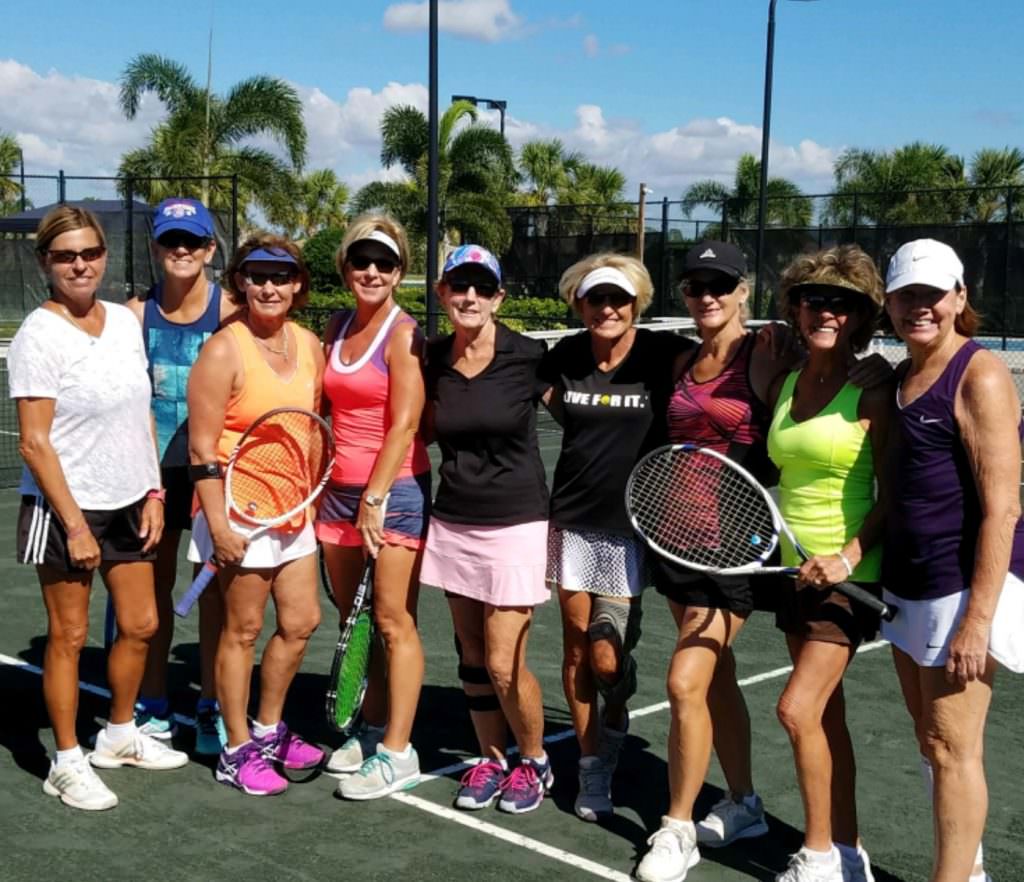 Many clubs in the Lee/Charlotte counties area suffered effects from Hurricane Irma, but most of them were back up and running within a month or so.

One club in particular had substantial damage, and therefore wasn’t playable for the fall season at all. This left quite a few teams from Park Meadow with nowhere to have their home matches, and they were going to pass on forming any USTA League teams for the season. Luckily, Christie Pollin, tennis director for Corkscrew Shores, came to their rescue. She allowed quite a few teams to play their home matches out of Corkscrew Shores so they could still participate in the USTA Fall season.

Teams including 55 & Over adult, mixed doubles, and some round robin groups were able to use Corkscrew Shores as their home facility. All the teams were greatly appreciative to Christie for her generosity and helpfulness in this situation. Without these teams participating, there were a couple of leagues that may not have formed because there weren’t enough teams registered.

Christie’s only comment was to say that it’s been her pleasure to have the Park Meadow teams play at her facility, and that we should all be helping each other out when needed. What a great perspective to have, and we are lucky to have people like her involved in tennis in our area! 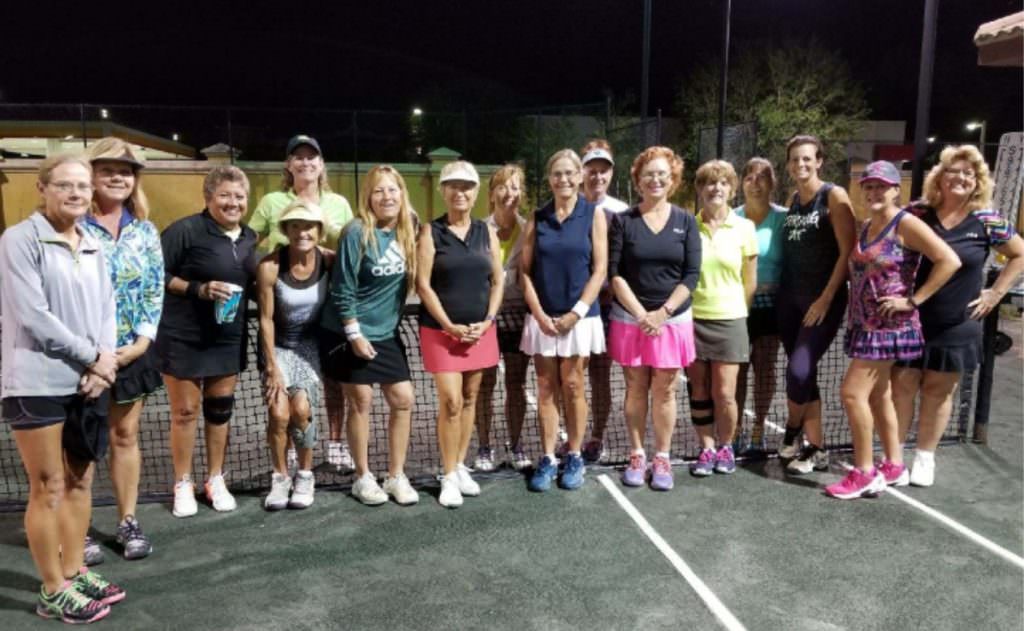 The USTA Florida 18 & Over 4.0 ladies play on Thursday nights — but with Hurricane Irma pushing back the fall season, we had fewer weeks of play than normal this year.

We also had to work around a few holidays, including Thanksgiving. The 4.0 ladies were already scheduled to play through Dec. 14 to complete their season, giving each team an even eight matches. In order to get all eight matches played, a match being scheduled on Thanksgiving day was inevitable.

Of course, none of the ladies actually wanted to play on this holiday. Everyone had plans with their families, and completing a tennis match was not something they wanted to do after having Thanksgiving dinner. Nor did they want to take time away from their families.

The ladies were completely understanding as far as scheduling, and worked together very easily to get these matches rescheduled. Two teams ended up playing their match early, and the other two played their match the following week. Match reschedules are not always easy, and most captains/players would prefer to play on their regularly-scheduled day and time. However, under these circumstances, it was nice to have everyone cooperate and have fun matches in the end!

The number of matches in each league season varies depending on the day of the week, holidays, facility black-out dates, and the number of teams registered for each league.

The USTA Florida 18 & Over 3.5 men only had three teams for the fall season. This means that every two weeks, one team has a bye. So, they ultimately get fewer matches total, and it takes a little longer to complete their season.

Their schedule for the fall season allowed for six matches total before we ran into the week of Christmas and the end of the year. For these guys, that wasn’t enough tennis!

They asked for additional matches to be added to their schedule and worked it out to play these matches as “make-up matches” on a different night than their Wednesday night league matches. All the teams had to agree to add these matches, but that wasn’t an issue.

They all wanted to play more, and were willing to put in a little extra time and effort to make it happen. Thumbs up to these guys for having such a passion and desire to play USTA League tennis!

For more local league info or to sign-up for 2018 USTA Leagues go to www.ustaflorida.com/contacts/carly-davis.