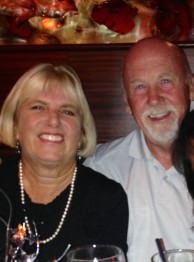 “Mike played in many USTA Leagues,” said local tennis organizer Wendall Walker. “He was on the 2015 Shipwatch men’s USTA 65 and Over 8.0 team that won Pinellas County, won the USTA Florida Sectional last April, and will be going to USTA League Nationals in Arizona next April. We will miss him there.”

Carrigan and his partner, Vicki Tuller, are members of the Shipwatch Tennis Club in Largo, Fla. Transitioning to real estate after a lengthy teaching pro career, Carrigan stayed active in tennis not only on the court, but assisting the Hillsborough Community College tennis team among other coaching outreach.

He held the director of tennis position at Woodside Racquet Club in Gainesville, Fla., before moving down south, and in 2011 he was recognized for 30 years of service to the USPTA.

“Mike was diagnosed about 10 months ago with cancer,” Walker says. “Radiation, chemotherapy, and surgery could not turn things around for him. Once again, a good person gone too soon.”

In a feature story earlier this year by Nancy Morgan in The Tennis News on mixed doubles, Morgan wrote, “Vicki Tuller was spending a weekend with girlfriends at a resort in Naples when she met Mike Carrigan on the tennis courts there. More than 10 years later, they’re a set husband-wife mixed doubles team at the Shipwatch Tennis Club in Largo.”

A celebration memorial has been planned at Shipwatch for Saturday, Dec. 5, at 3 p.m. at Clubhouse I, where all friends are invited.