Kumar Seetharam: Getting Back to Tennis After Quad Bypass Open Heart Surgery

On August 27th 2017, Kumar Seetharam underwent major cardiac surgery after suffering a heart attack that likely began while playing tennis with his daughter. Mistaking warning signs for muscle fatigue, it was only until his wife, Lisa Seetharam, checked his racing pulse that the family realized it was an emergency. 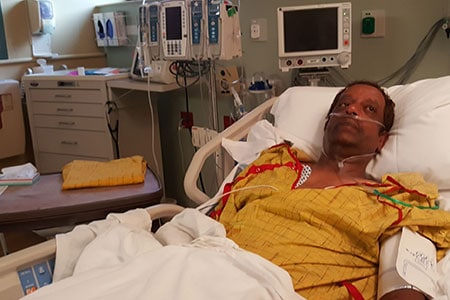 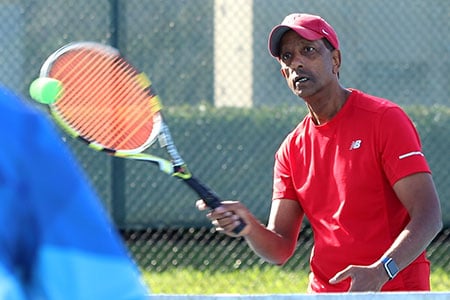 USTA Florida had the opportunity to visit the Seetharam family in early January of 2020. Theirs is a story of healing and hope. Seetharam explains, “I want to tell my story about getting back to tennis.”

During that tragic month, the family had been visiting his sister in upstate New York. On August 23rd, after a normal hitting session with his daughter, Seetharam began to notice tight chest pains as he continued sweating profusely long after their session ended. Four days later, he was undergoing Quadruple Bypass Open Heart surgery.

Having always lived a healthy lifestyle, Seetharam certainly had no plans of needing an emergency surgery to regulate the flow of blood to his heart. His wife Lisa, who’s had a successful career as a registered nurse, recalls “he was found to have 4 blockages in the major arteries of his heart, about 90% occluded in most of them. He was transferred to another hospital about 2 hours away from where we were staying.”

Tennis has always been a family affair for the Seetharams. It is the sport that brought Kumar and Lisa together, and it also strengthened the bond between Kumar and his daughter, Faith Seetharam. As Faith’s ‘Girl Dad’ coach, Kumar kept faith during the healing process that he would once again join her on the court. It was with the tremendous support of his family that Kumar was able to do just that only three months after the surgery. 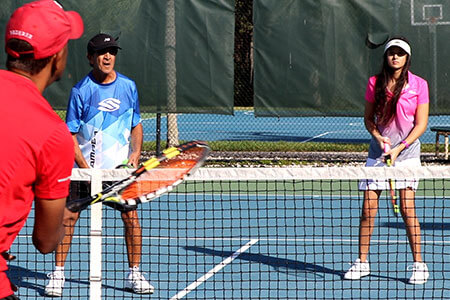 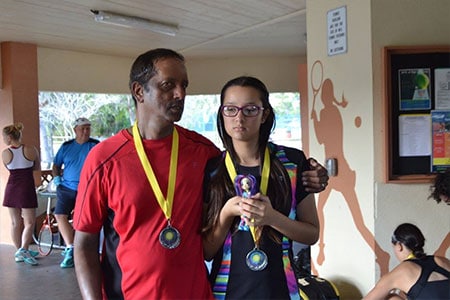 Kumar’s brother, Ram Seetharam, chimes in, “He is such a fit person. He was always that way so when I got a call from my sister telling me she was taking him to the hospital for chest pains, my first thought was maybe he had too much pizza.”

Jokes aside, Ram has been every bit as instrumental in his brother’s healing process. A pickleball instructor himself, Ram adds “I was thinking positively. He is a very good player so I believed in him. I believed he could [return to the courts]. And then he believed that he could do it. It’s all positive thinking.

That’s me. My life is like a game of tennis: I never give up.”

Taking small steps was the key to Kumar’s healing. He remembers, “It started with breathing, controlling my breathing to manage stress. Next it was walking, even just five minutes in the house. Eventually I started working out and right now I play every day for about thirty minutes.”

He adds, “I’m planning to start playing in tournaments again, as soon as next month with my daughter in a community event.” Since then, and unfortunately due to the world-wide pandemic, Kumar and his daughter have not been able to play in tournaments but they have been playing in the evenings again.

Kumar’s message is simple: “I got a second chance so I am living life to the fullest. I enjoy every moment with my family, especially hitting with my daughter. When something like this happens, you never lose hope.

You keep going. And of course, have regular medical checkups.”