Kristie Ahn, a 27-year-old New Jersey native and three-time All-American at Stanford, earned a main draw wild card entry into the US Open on Tuesday night by winning the US Open Wild Card Challenge. 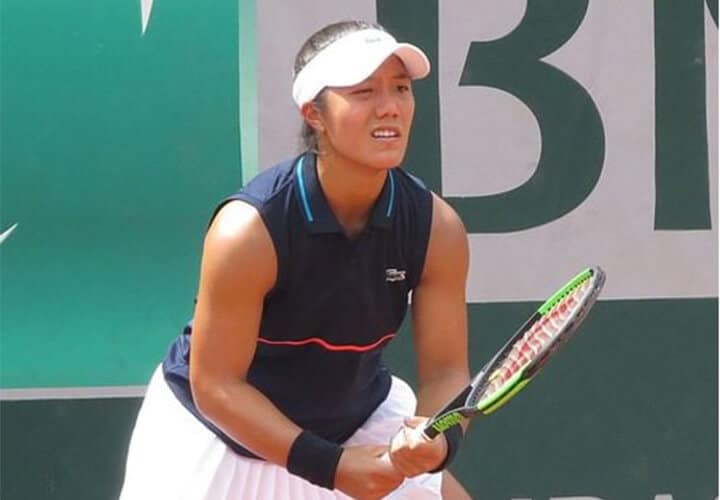 Ahn clinched first place in the Challenge with Francesca Di Lorenzo’s loss to Kiki Bertens in a second-round match at Rogers Cup in Toronto.

The Challenge measures ranking points earned at hard-court tournaments over a five-week period to award a US Open singles main draw wild card to an American man and woman who didn’t otherwise earn direct entry. Ahn came through qualifying to reach the quarterfinals of the Mubadala Silicon Valley Classic WTA Premier event in San Jose, Calif., last week, a good enough result on its own to outpace her challengers.

Ahn, from Upper Saddle River, N.J., is currently ranked No. 138 and has only made one other appearance in the US Open singles main draw, in 2008, as a 16-year old qualifier. She declined to collect her first-round prize money and went on to star at Stanford, clinching the Cardinals’ NCAA team championship in 2013.

Ernesto Escobedo still leads the men’s side of the Challenge, though the wild card could still go to a number of contenders playing in the USTA Pro Circuit ATP Challenger 90 in Aptos, Calif., this week or Tommy Paul, who qualified and reached the second round at the Rogers Cup ATP Masters 1000 event in Montreal.

This is the eighth consecutive year the USTA has used a wild card challenge format to award US Open wild cards for American players.