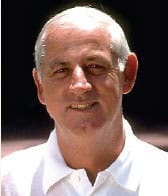 Coaching legend Jimmy Evert and USTA National Campus Director of Tennis Kathy Woods were inducted into the USPTA Hall of Fame prior to the start of the US Open during the USPTA General Membership Meeting at the 2018 Tennis Teachers Conference at the Grand Hyatt New York.

Evert, who died in 2015, was born in Chicago, was an All-American tennis player at Notre Dame in the 1940s and reached as high as No. 11 in the U.S. professional rankings. He was the tennis director of Holiday Park in Fort Lauderdale, Fla., for nearly 50 years and coached players such as Jennifer Capriati, Brian Gottfried and Harold Solomon.

The tennis center was renamed the Jimmy Evert Tennis Complex in 1997. Evert taught all five of his children to play tennis, including his daughter Chris Evert who went on to win 18 Grand Slam singles titles and was inducted into the International Tennis Hall of Fame in 1995. 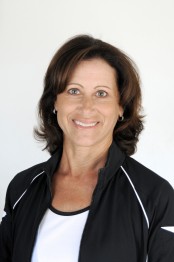 Woods is responsible for the set-up and implementation of all programs at the USTA National Campus in Orlando, including hiring teaching professionals and coaching staff. She directs a staff of 30 tennis professionals with comprehensive year-round programs for all ages and levels of play. Previously she served as the director of tennis at the Racquet Club of St. Petersburg, Fla., and managed tennis programs in several communities, including Princeton, N.J.; Key Biscayne, Fla.; and Westport, Conn.

“I am extremely honored and humbled to receive this hall of fame induction and I would like to thank the USPTA,” Woods said. “I proudly accept this incredible honor and dedicate it to all the professionals I’ve had the privilege to work with through the years!”

For more info go to www.uspta.com.