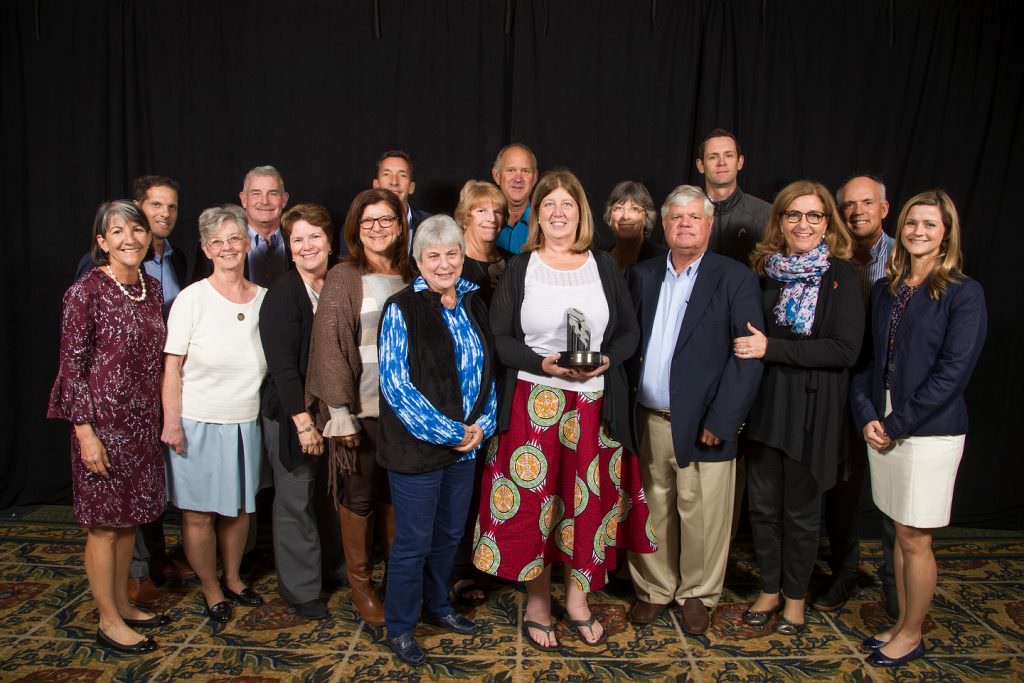 The United States Tennis Association (USTA) announced that Terri Florio of Jacksonville Beach, Fla., was selected as the recipient of the 2018 USTA Eve F. Kraft Community Service Award. Florio was honored at the USTA Annual Meeting and Conference, March 16-19, at the Omni La Costa Resort & Spa in Carlsbad, Calif.

Florio has been the executive director of the MaliVai Washington Youth Foundation (MWYF) since its inception 21 years ago. She was instrumental in developing the initial after-school programs with Washington and continues to drive the strategic direction of the organization and its programs.

In 2008 Florio led a capital campaign with board and staff members to raise $3.8 million to open the MaliVai Washington Youth Center, the only facility of its kind in Northeast Florida. She is responsible for managing a budget of more than 1 million dollars annually, as well as overseeing all programs, fundraising and staff. The MWYF provides an after-school haven for children in the high-crime Jacksonville area of Durkeville, with a mission “to develop champions in classrooms, on tennis courts and throughout communities.”

“I’m humbled and honored to receive the Eve F. Kraft Service Award,” she told USTA Florida. “The reason I do what I do is because tennis and education programs not only change, but save lives. I’m privileged to be a part of it.”

In addition to her responsibilities as executive director of the MWYF, Florio is a long-serving member on the board for USTA Florida, is on the advisory board of the USTA Foundation and is a member of the NJTL (National Junior Tennis & Learning network) Committee, along with being involved with various local community organizations.

“Terri is one of those rare people that you run across in life who truly cares about helping other people and making a difference,” said USTA Chief Executive of Community Tennis Craig Morris. “Eve Kraft would have loved Terri because of the fire inside her and her devotion to making her community better no matter what.”

The USTA awards the Eve F. Kraft Community Service Award to individuals who best exemplify Kraft’s selfless mission to bring the sport of tennis to everyone who wants to play. Kraft was a tennis pioneer whose ability to touch people’s lives exceeded the boundaries of the tennis court. As a teacher, coach, author, USTA staff member and volunteer, Kraft was a lifelong champion of recreational tennis in the U.S. until her death in 1999. She introduced thousands of young people to tennis, particularly in disadvantaged communities.