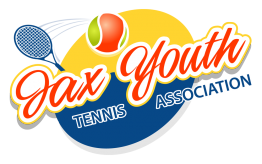 Which is the greatest USTA Community Tennis Association (CTA) in 2015?

According to entries from this year’s CTA Video Contest with the theme “What Makes Your CTA Great?”, it’s Florida’s own Jacksonville Youth Tennis Association.

“We are so excited and extremely honored for the huge recognition received from the USTA CTA Committee for the work our organization is doing in the community,” said JYTA President Celia Rehm, who submitted the winning entry. “What a wonderful way to celebrate tennis and honor our tennis programs for the youth, and the efforts of all who participated and who were involved in the creation of the video, particularly the children. A huge thank you to our parents, coaches, partners and the USTA!”

The JYTA is a single-purpose community tennis organization working to support and maintain tennis programs and services for children in the public communities of Jacksonville.

“The CTA was formed by Celia to have kids playing tennis on under-utilized public courts in her local community,” said USTA Florida Executive Director Doug Booth. “The video demonstrates the way all programming should be done for kids to have fun learning our sport.”

Winners were selected based on creativity, diversity and inclusion, originality, and promoting the sport of tennis, sportsmanship and encouraging new players to participate.

To view the 2014 winning video go to www.usta.com/ctavideocontest.