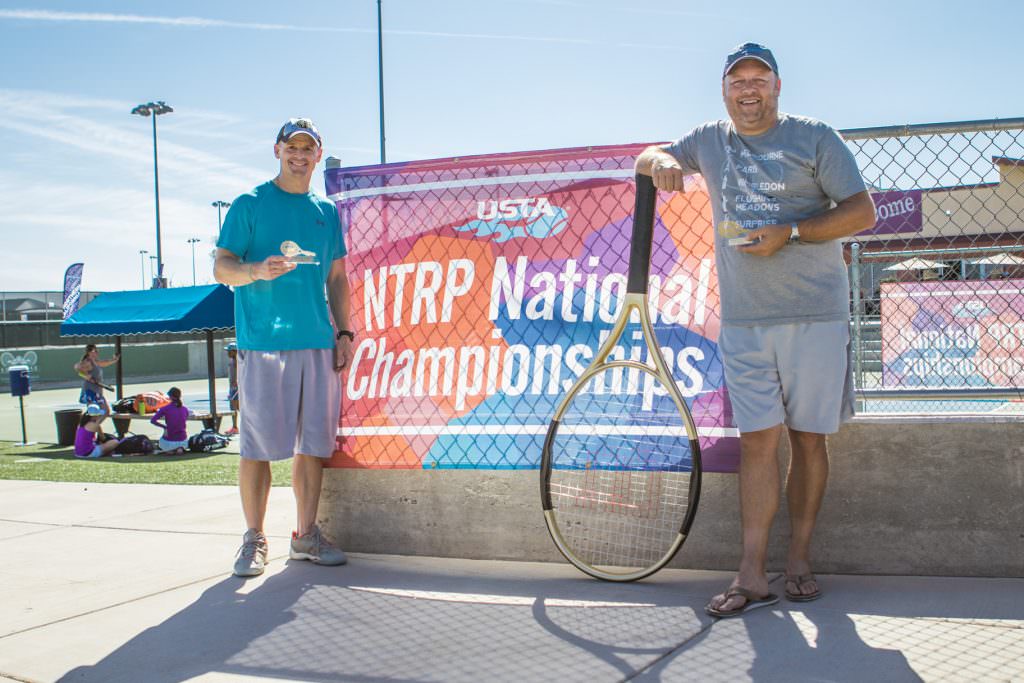 From left: Eric Constable of Jacksonville and Robert Graham of St. Johns

Florida players brought home a singles and a doubles championship from the inaugural NTRP 18 & Over National Championships, held April 6-8, 2018 in Surprise, Ariz.

Winter Haven’s Jessica Fisher won the Women’s 4.0 18 & Over Singles division, and Eric Constable of Jacksonville and Robert Graham of St. Johns teamed to capture the Men’s 3.5 18 & Over Doubles title. 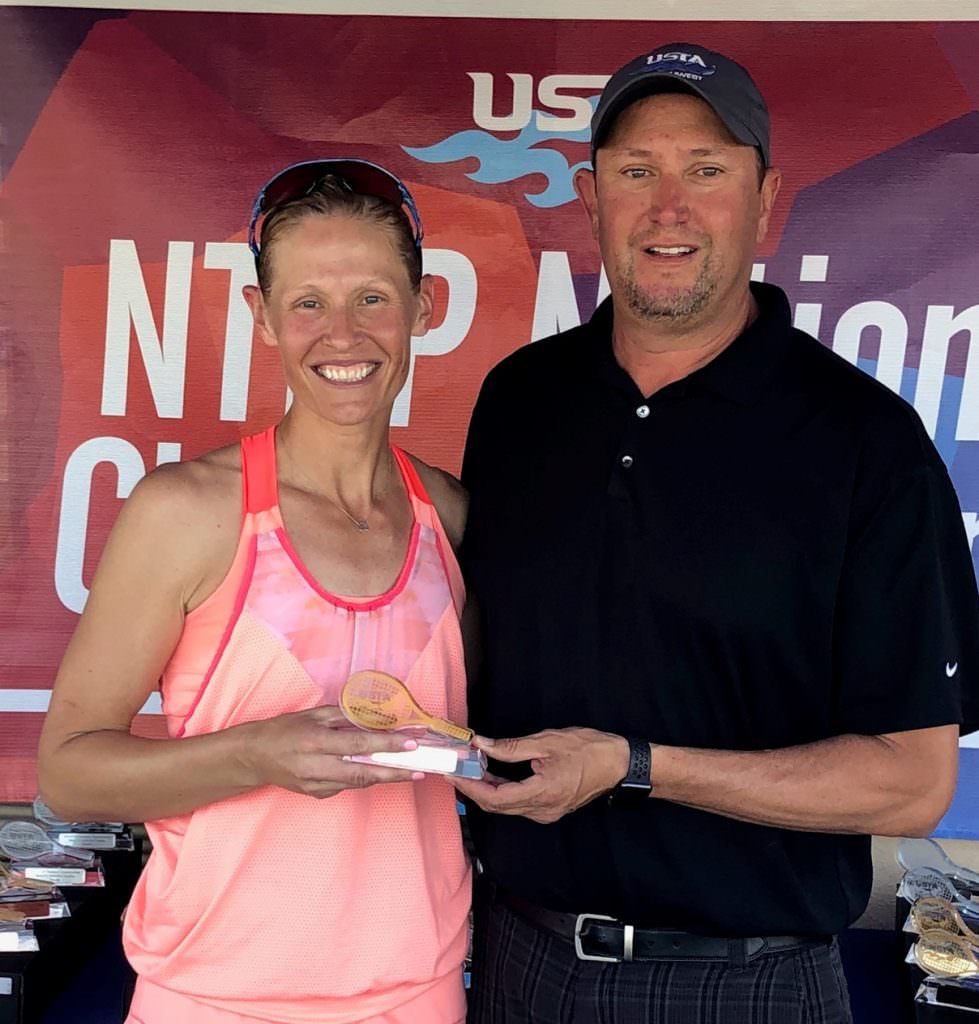 Unique short-scoring formats were featured, including the Fast4 format with best-of-three sets to four games with no-ad scoring and a first-to-five tiebreak, and non-elimination draws with eight four-player round robins that played into compass draws.

Fischer finished tournament play with a 6-0 record. In the semifinals she defeated Dan Su of Paris, Texas, 4-2, 4-2, and in the final beat Kathleen Gustafson of Dana Point, Calif., 4-2, 4-2.

Constable/Graham had a likewise easy time through the final rounds, in the semifinals topping the team of Zachary Anderson/Steven Aube of California 4-2, 4-2, and in the championship match defeating Adrian Cuica/Eric Lussow of Illinois 4-1, 4-3.

Next up will be the inaugural NTRP 50 & Over National Championships, to be held April 20-22, 2018 at the Academia Sanchez Casal in Naples, Fla.

For full results from the NTRP 18 & Over National Championships go to http://tennislink.usta.com/tournaments/TournamentHome/Tournament.aspx?T=212078.