The race for the 2018 USTA Florida League Championship Cup became a wide-open affair after Duval County (Jacksonville) swept to three of the five titles on Monday at the USTA Florida 18 & Over 2.5/3.5/4.5 League Sectional Championships, held Aug. 18-20 at the USTA National Campus in Orlando.

Duval County won the women’s 2.5 and 4.5 titles, and men’s 4.5 division. The men’s 4.5 was the first men’s sectionals win for Duval, which has been powered by women’s titles in five of their six wins this season.

“Our team started three years ago, we had no idea what we were doing, most of us have never played before, but we all had a passion for the game of tennis,” said Duval County women’s 2.5 team captain Suzan Birdsong, whose team plays out of the Deerwood Country Club in Jacksonville. “We lost all of our matches the first year, and won a few the next year, and boom here we are competing in sectionals. With great team motivation, lessons and clinics, each member played their part in our win.

“We love USTA Leagues! Our local league coordinator Carson Phillips has kept us up to date with different leagues and tournament opportunities and has challenged us to win every step of the way. Thank you USTA for the phenomenal experience and incredible facility this weekend!”

The event drew the top 18 & Over division USTA League teams from throughout Florida, representing various clubs, parks, recreational departments and organizations that finished at the top of their local leagues. Teams consisting of two singles and three doubles lines (one singles and two doubles in the 2.5) competed in a non-elimination round-robin format, with flight winners advancing into single-elimination rounds or finals. 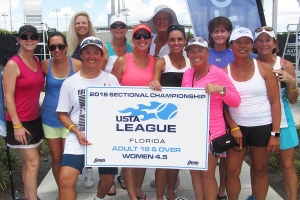 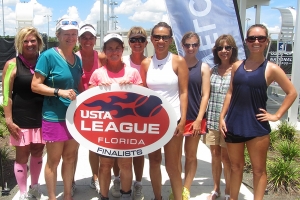 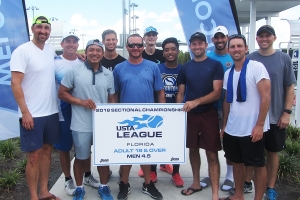 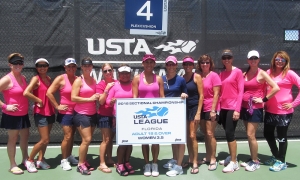 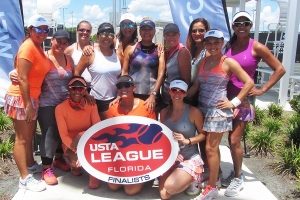 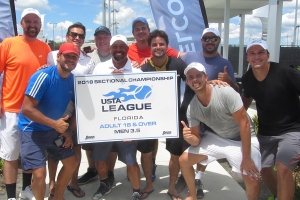 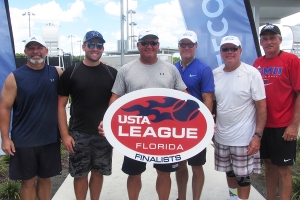 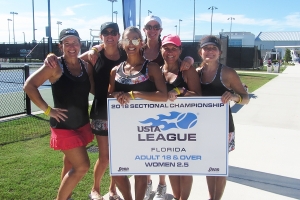 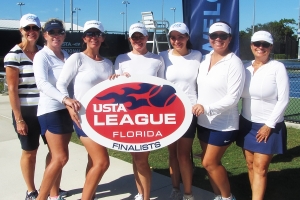 NTRP levels of 18 & Over team play were 2.5, 3.5 and 4.5+. For more information on NTRP levels go to www.usta.com/en/home/play/play-as-a-member/national/about-ntrp-ratings.html. 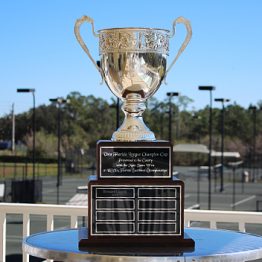 Duval County exploded for three titles at the 18 & Over 2.5/3.5/4.5 league sectionals, vaulting them into a tie for first place with Hillsborough County. The USTA Florida League Championship Cup is awarded to the county with the most league sectionals titles during the 2018 season (standings through Aug. 21, recent winners in bold):