Florida USTA League teams from Jacksonville, Weston and Valrico placed in the Top 4 as the 40 & Over and 55 & Over USTA League National Championships were completed over the weekend in Orlando, Fla., and Arlington, Texas.

At the Arlington Tennis Center in Texas the 40 & Over 3.5 women out of Broward County (Midtown Athletic Club, Weston) finished third at the USTA League 40 & Over National Championships, defeating USTA Texas (Georgetown) 3-2 in the 3rd/4th place playoff. 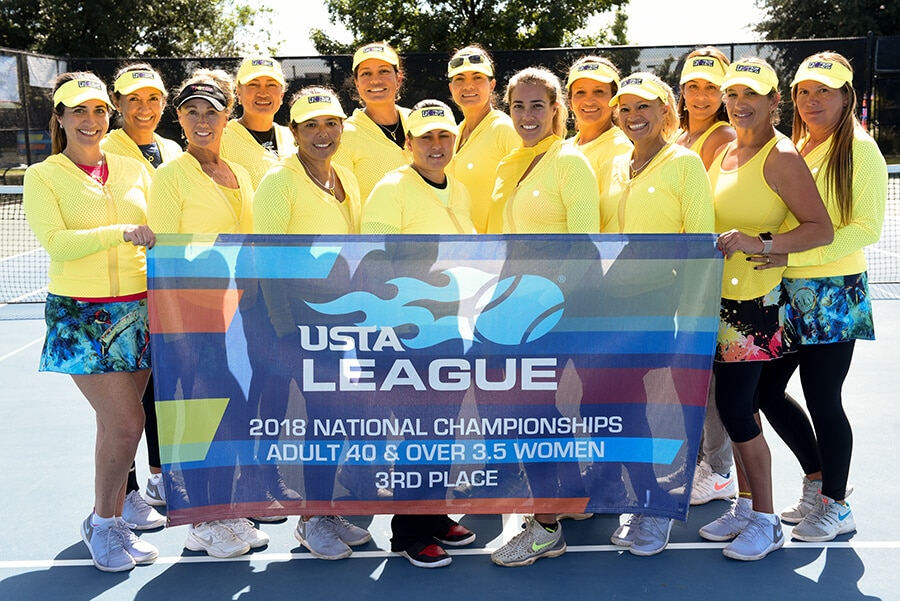 October 21, 2018 – The Florida section came in third place in the Adult 40 & Over 3.5 League National Championship at the Arlington Tennis Center in Arlington, Texas.

In the prior semifinals round the Weston women lost to eventual champion USTA Pacific Northwest (Mercer Island, Wash.) 4-1. They reached the semifinals by winning their flight in round robin play on Friday and Saturday.

The 55 & Over 6.0 women out of Duval County (Southside Tennis Complex, Jacksonville) also lost to the eventual championships in their semifinals en route to finishing in 4th place at the USTA League 55 & Over National Championships at the USTA National Campus in Orlando. 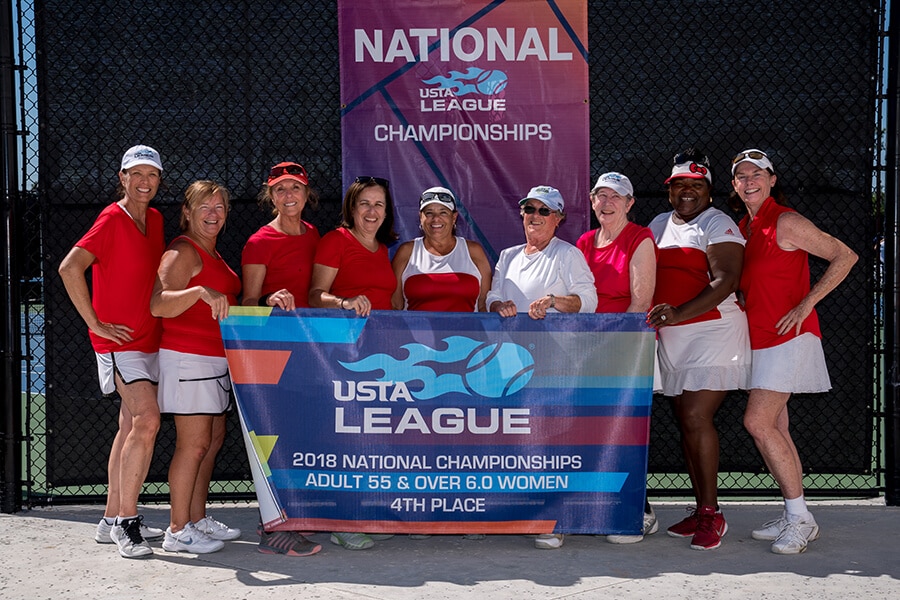 October 21, 2018 – The Florida section came in fourth place in the Adult 55 & Over 6.0 League National Championship at the USTA National Campus in Orlando, Florida.

They fell to eventual champions the USTA Caribbean Section (San Juan, Puerto Rico) 3-0 in the semifinals, and in the 3rd/4th playoff were edged by USTA Pacific Northwest (Tualatin, Ore.) 2-1. They reached the semifinals by winning their flight in round robin play on Friday and Saturday.

Also in Orlando and also falling to the eventual champions were the 55 & Over 8.0 men out of Hillsborough County (River Hills Country Club, Valrico) who finished fourth. They reached the semifinals by winning their flight in round robin play on Friday and Saturday, but then were stopped 3-0 by USTA Northern California (Sacremento), which went on to top USTA Hawaii (Honolulu) 2-1 in the final. 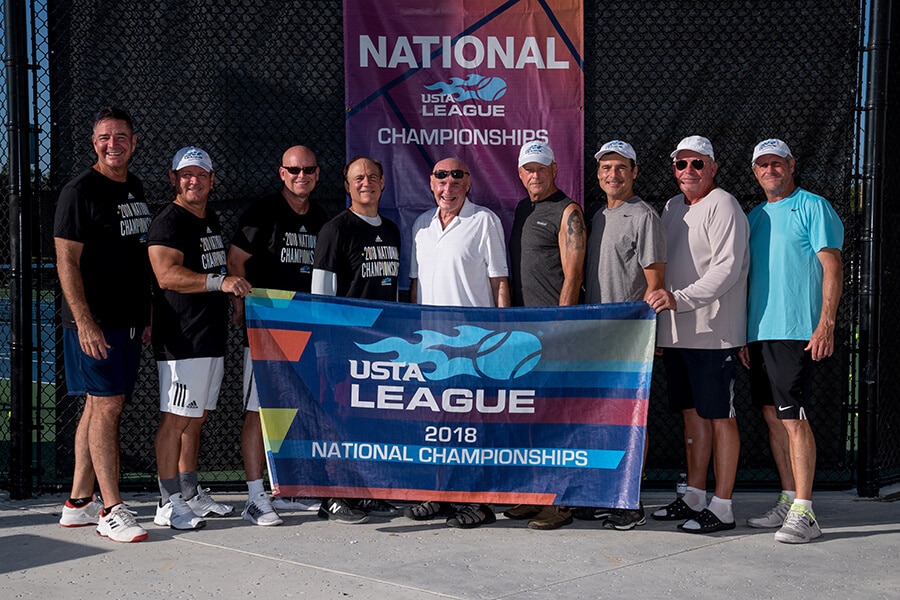 In the 3rd/4th place playoff the men from Valrico, located just outside of Tampa, lost 2-1 to USTA Texas (Houston).