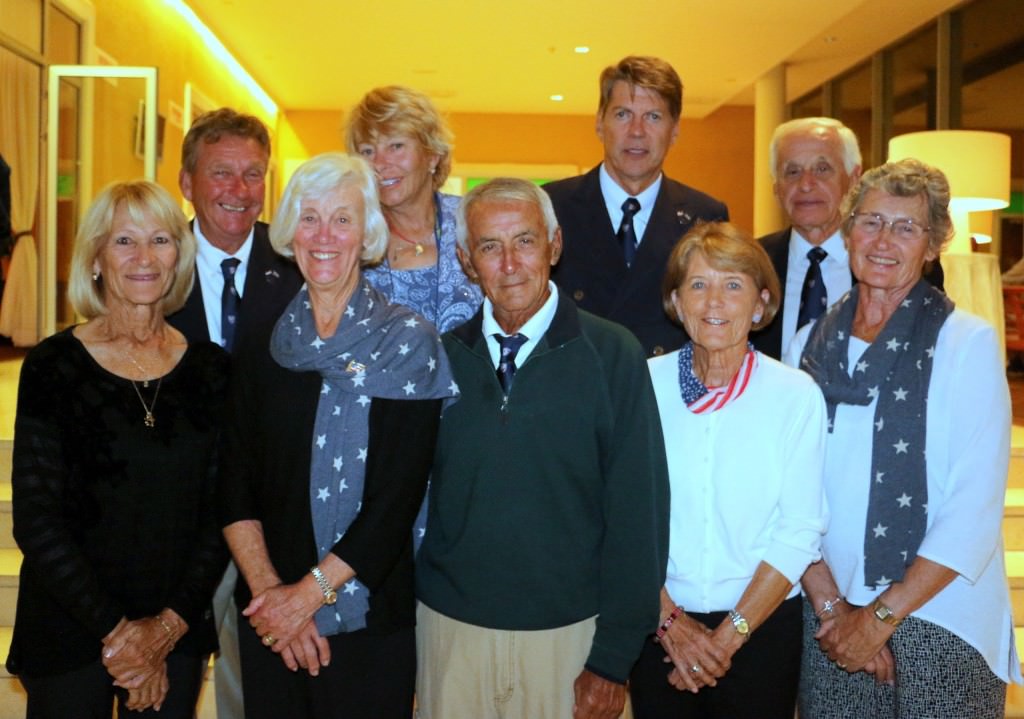 Today was cold and damp and intermittent rain caused delays from the start of the day at the ITF Super-Senior Team Championships in Croatia. However, most USA teams advanced.

Rudy Hernando (Fort Lauderdale) played a pivotal role today for the USA’s Bitsy Grant Cup team. The team was tied at 1/1 with #2 seeded Austria after the two singles matches. Joe Bachmann (Sarasota) fell, literally at #1 singles (slipped, did the splits and sprained his knee). He had to retire from his singles after Lester Sack (New Orleans) had won at #2 singles.

Hernando and Sack then took on the Austrian doubles team, which featured #2 ranked Peter Pokorny. They won 62 61 on a damp, drizzly day at Punta Tennis Club. The USA next plays Germany in the final.

The USA men’s 70 team advanced to the semifinals, while the USA men’s 80 (Gardnar Mulloy Cup) fell in the semis 2/1 to Germany.

There was a gala dinner with all team players last night in Umag. The eight Florida players in Umag and Michael Beautyman, from Florida and Pennsylvania are featured.

Tomorrow six of the eight USA teams are in action, including all women’s teams.