In celebration of Hispanic Heritage Month, held Sept. 15 – Oct. 15, USTA Florida will recognize members of Florida’s rich Hispanic community whose talents and dedication help to grow the great game of tennis every day — at every level. We applaud them all for making tennis a better and more inclusive sport, and for making the face of our game more accurately reflect the dynamic diversity of our country.

The tennis community has been a place of support and love for Merritt Island’s Jeannette Cintron, who has relied on the sport to help her navigate and overcome several obstacles in her life.  The 57-year-old started playing tennis as a little girl in San Juan, Puerto Rico, before she moved to the U.S. and started a family. A USTA member for 20 years, Cintron has also been able to share her passion for the sport with her three children. 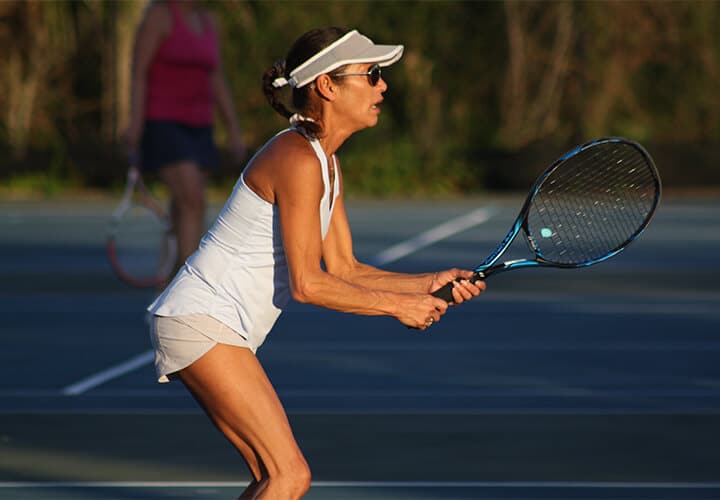 When and how did you start playing tennis?

I started playing tennis more than 25 years ago, as a little girl with my friends in Puerto Rico. In 1996, married and with my first child, I moved to Omaha, Nebraska, where we lived for almost 21 years. During that time, Isabella and Gabriel were born. In 2015, we ended up relocating to Florida until this day.

Alex, my oldest son, started taking tennis lessons at a young age with his group of friends in Omaha. Parents, including myself, liked it so much that we all ended up taking lessons too. That was the time when I realized that tennis was going to be my passion.

What role has tennis played in your life?

Tennis has played a major role in my life. Having three kids that all started playing the sport at an early age, led to tennis becoming the primary family sport. At that point, Isabella and Gabriel were at their highest competitive level in the Missouri Valley, having their USTA rankings in the top 10 at their age level. Tennis then became the nucleus of the family in which we became tennis parents.

How has tennis helped you through some obstacles in your life?

As we moved to Florida in 2015, tennis became the most important and competitive sport in the family leaving me also playing recreational tennis. Tennis in Florida has a beautiful, ethnic diversity of players and over the years that has created long-term friendships. In my case, Hispanic and non-Hispanic players have created a family, a unique community in which we help each other.

My life took an unexpected change in 2018 as my marriage started deteriorating. In one year I lost my family, our beloved pet (Bubba), my mother and my home. During this period, I continued playing tennis almost every day. God, my friends and tennis became the most important thing for me in order to get better as the person I am today. 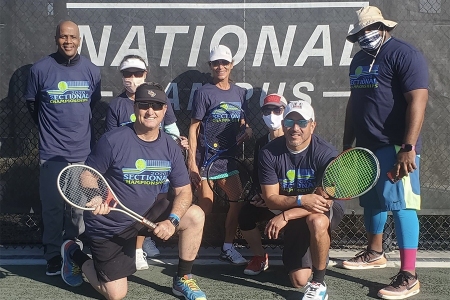 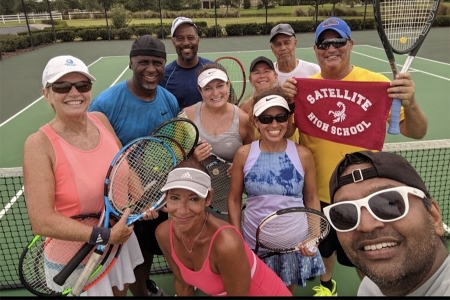 You’ve been a USTA member for two decades – what do you love most about tennis?

I’ve been a member of USTA for 20 years. Tennis has helped and is still helping me, to overcome all obstacles that I encounter in my life. This is a sport that requires a lot of mental and physical discipline. I love tennis and I love the unity that has been created with players from our community as well as other places.

All three of your children play tennis Could you talk about how they started and what they are doing now in the sport?

My three kids started playing tennis between 6-7 years old. My oldest son, Alex, played one year of college tennis.  My second child, Isabella, was a Doubles State Champion for Viera High School for two consecutive years. My third child, Gabriel, has an extended USTA Tournament record and his passion for the sport is unlimited.  At 11 years old, he won the Doubles Sweet Sixteen, a 12-year-old division in the Missouri Valley. He was twice named Cape Coast Conference Tennis Athlete of the Year in Brevard County, was both a two-time single and doubles district champion, and in 2017, placed second in Florida State Competition in doubles and third in singles. In October 2019, he and his partner won the Bobby Curtis Doubles Championships in the 18s.  He currently plays for Florida Atlantic University and gives lessons. 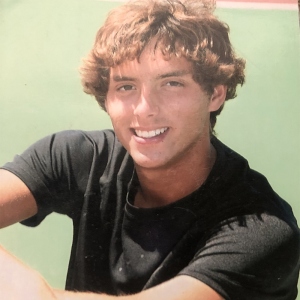 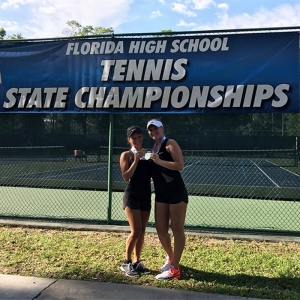 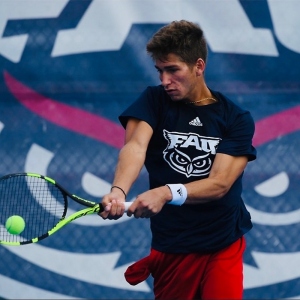 How do you and your son support each other on the court?

The way we support each other in the sport is to be always positive inside and outside the court. We always try to not overthink outcomes and keep working on developing a ritual that is based in mental toughness and consistency. In every sport, sportsmanship is very important. In the long term, this promotes growth in the personality of the player.  My favorite thing I tell my son before a match is: “play pretty and have fun”.

What is your heritage and can you share a little bit about it?

I was born in San Juan, Puerto Rico, on February 23, 1964. Most of the Puerto Rican heritage comes from a mix of Europeans (Spaniards), African, and native Indians called Tainos.  My father was an orthopedic surgeon and my mother dedicated most of her time to philanthropic work.

How has your heritage shaped the person you are today?

Coming from Puerto Rico with such a diversity in culture and values that my parents created has shaped the person I am today. Both my parents always dedicated themselves to help and make a better community between ourselves.  My father helping his patients and my mother helping the ones in need.

Why is it important to celebrate Hispanic Heritage Month in general, as well as in tennis?

In Florida and other states, the Hispanic community becomes larger every day. That is also true for the Hispanic community in tennis as well. Hispanic Heritage Month is important to celebrate because it provides the space to teach and learn about our cultural history. As the Hispanic tennis community grows every year, friendships develop and can form a family as a whole. It’s important to create a loving and accepting community, and creating bonds is one way to do that. Sharing our similar stories and traditions helps not only others but also helps us stay connected to our heritage and who we are.

Unity is power and gives strength. Honesty, sincerity and integrity are qualities that any individual should possess. As human beings, if we learn how to respect each other and apply those qualities, our community will overcome any obstacles that our society would phase.