Five counties, including USTA Florida League Championship Cup-leading Hillsborough, were winners on Monday at the completion of the USTA Florida Combo 18 & Over 5.5/7.5/9.5 League Sectional Championships, held at the USTA National Campus in Orlando.

The championship rounds on Monday pitted teams from storied Florida clubs and facilities such as Crandon Park in Key Biscayne, the former home of the Miami Open; the 100-court USTA National Campus in the Lake Nona region of Orlando; and the Midtown Athletic Club in Weston, which has won the most sectionals championships of any Florida club over the last three years.

Seminole County (Red Bug Lake Park, Casselberry) won the women’s 7.5 title for the second consecutive year and three of the last four. Also victorious for the second year in a row were the 9.5 women from Hillsborough County (Waterchase, Tampa) who overcame injury obstacles coming into sectionals.

“We had some challenges going into the tournament,” said 9.5 women’s-winning captain Suzanne Flament Smith of the Waterchase, Tampa team, which nonetheless rolled to a 5-0 round robin victory in their division. “Two of our players got injured the week prior, which left us with little wiggle room for subbing. However, my team dug deep, fought resiliently, and played to win. All opponents were delightful and gracious as well which made for another wonderful memory at the USTA National Campus.”

Miami-Dade, in addition to winning the men’s 9.5 division, appeared in two other finals, falling 2-1 to Seminole County in the women’s 7.5 championship, and coming up short in the women’s 9.5 final to Hillsborough County.

The Men’s 5.5 Division final was rained out between Alachua and Marion County teams and will be completed at a later date.

The competing teams represented various clubs, parks, recreational departments and organizations, and finished at the top of their local leagues during the 2018 season to advance to the USTA Florida Combo 18 & Over League Sectional Championships.

For Combo 18 & Over 5.5/7.5/9.5 doubles-only division play, the combined NTRP (National Tennis Rating Program) ratings of each doubles team may not exceed the level in which they are competing, and the NTRP rating difference between members of an individual doubles pair may not exceed 0.5. For more information on NTRP levels go to www.ustaflorida.com/adult-tennis/usta-leagues/#section-ntrp-ratings. 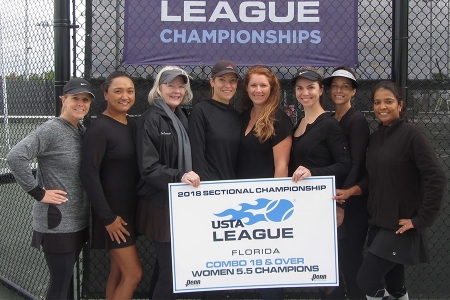 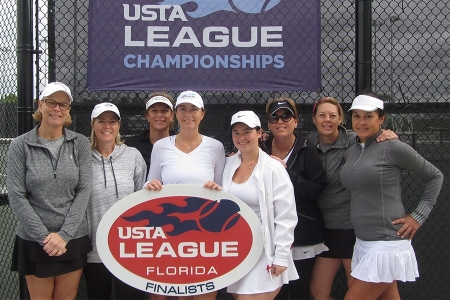 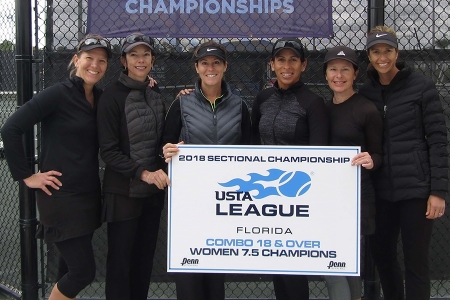 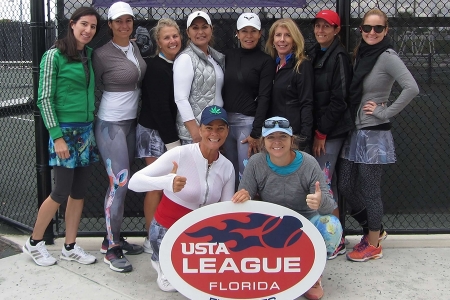 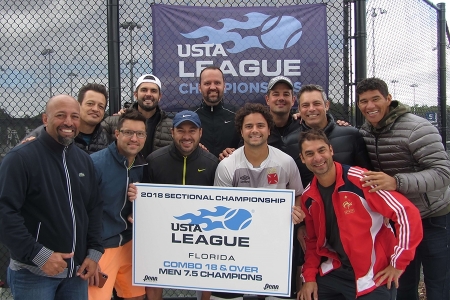 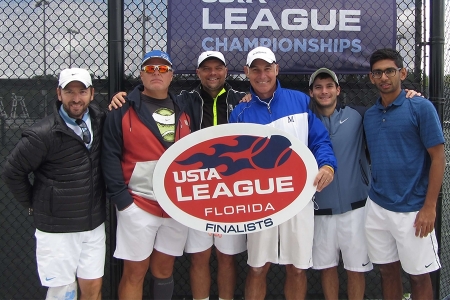 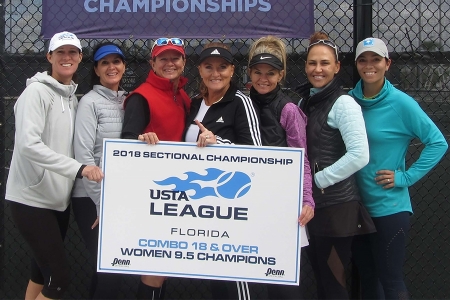 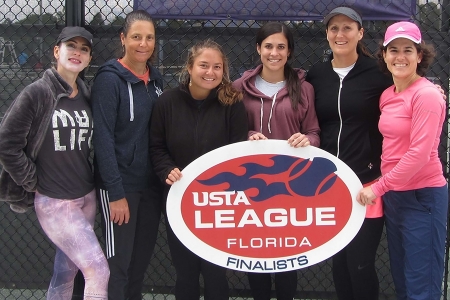 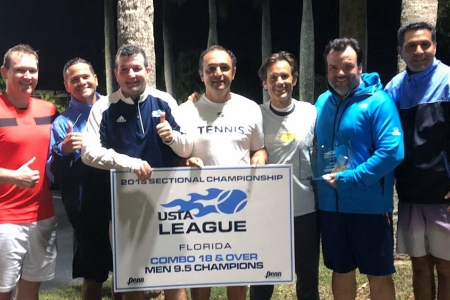 For more info on USTA Florida Leagues or to view local league schedules for 2019 go to www.ustaflorida.com/leagues.