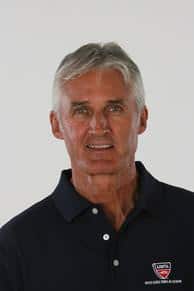 In 2008 the U.S. had six women pros ranked in the Top 100 on the WTA rankings. Today Team USA has three times the number of players in the Top 100, at 18 more than twice that of any other country, and the USTA attributes that growth to coach Jose Higueras.

The U.S. also has four times the male players age 21-or-under in the Top 100 ATP rankings since 2008, the year Higueras came on board with the USTA as director of coaching.

This week it was announced that Higueras has been named to a new position, Master Coach Consultant, Development and Planning, through the end of the year. The new position will entail oversee training camps for American men and women at the USTA National Campus at Lake Nona in Orlando, Fla.; at the USTA Training Center-West in Carson, Calif.; and near his home in Palm Springs, Calif. He will also travel to a number of tournaments to coach and advise top players and will serve as a development and planning resource for the USTA Player Development coaching staff.

The director of coaching position was created in 2008 by then-Professional Development General Manager Patrick McEnroe. Higueras has since been credited with changing the U.S. pro coaching philosophy to stress player movement and tactical development on clay to develop all-court aggressive play, and in coaching establishing and implementing a comprehensive, unifying philosophy with input from the country’s top coaches. It has since evolving into a comprehensive player-centric system for teaching, training and coaching in the U.S.

“Jose’s humility and ability to communicate advanced teaching and coaching concepts in a simple way make him unique, and he exemplifies the character and integrity that we want our national coaches to aspire to,” said USTA Player Development General Manager Martin Blackman. “I’m grateful that Jose has agreed to stay on and is willing to make a significant time commitment to working with our coaches and players in Orlando, as he is an invaluable resource for them as we focus on helping our top pros break into the Top 20 and beyond.”

In January, USTA Player Development relocated its headquarters from Boca Raton, Fla., to the USTA National Campus at Lake Nona in Orlando, where its Adidas Performance Center features eight outdoor hard courts, six European red clay courts and six indoor hard courts. The campus also has a state-of-the-art athletic training area and a player lodge, which can house up to 40 players participating in Player Development programs. Additionally, the National Campus features a ‘Team USA’ area, where coaches and players from each of the USTA’s 17 sections can utilize to work collaboratively with Player Development.