It’s graduation season for students in the class of 2021, and USTA Florida is giving some Florida high school seniors the chance to share their achievements and accomplishments both on and off the court.

Orlando’s Paige Herremans grew up in Michigan and got an early start playing tennis at the age of 3. The now 18-year-old finished high school as a straight-A student and is now looking forward to her future. She’s interested in a career in cyber security and will have the chance to learn from some of the best in the country on that subject this fall when she attends the United States Military Academy at West Point in New York. There she’ll also play Division I tennis for the Army women’s tennis team. 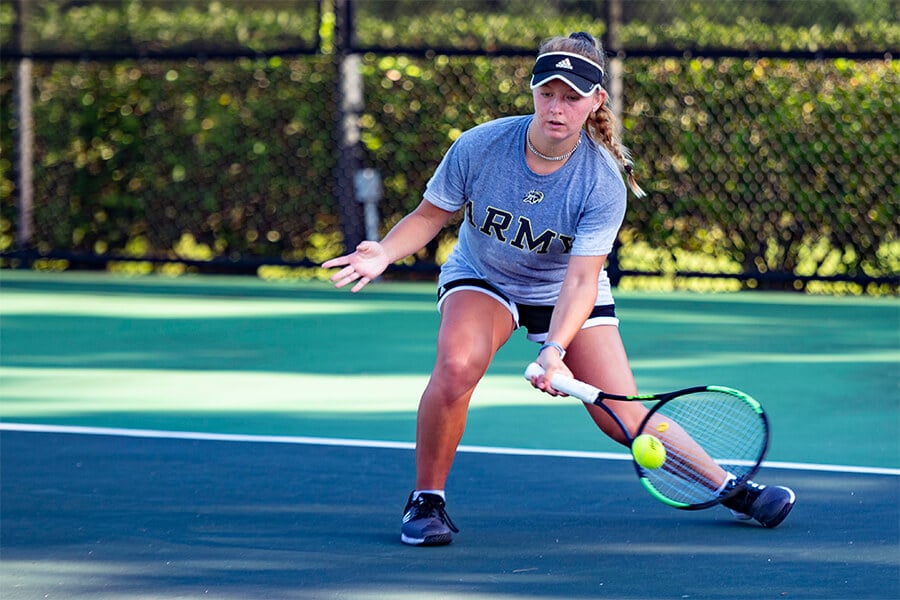 We lived up north where it’s hard to find physical activities for young kids during the cold months. We lived near a great tennis facility that had indoor tennis courts and so that is where I got my start playing tennis in youth tennis classes.

Growing up my parents enrolled us in just about every activity you could think of because they wanted us to figure out what we liked and wanted to do for ourselves. I played just about every sport you can think of in addition to theatre camps and even the violin – I tried it all. I found myself better suited for individual-type sports as it’s what I liked best. When I turned 7 is when I decided I wanted to be more serious about tennis and compete in tournaments, so I dropped my other activities and focused all of my time on tennis. I competed in my first tournament shortly before my 8th birthday.

Probably a combination of the mental toughness I’ve learned through the sport and the friendships I’ve made with people across the state and country. They are my best friends.

Of all your tennis achievements at Lake Nona High School, both individually and as a member of the team, which was your favorite moment and why?

We made it to states the first two years I played but making it to the finals my sophomore year was probably my favorite memory. COVID, unfortunately, cut my high school career short, as I was looking forward to competing for an individual state title.

What is your favorite memory from your career at Lake Nona High School?

Probably coming in and being able to successfully play line 1 on the team my freshman and sophomore year, losing only one match to my training partner Alana Wolfberg at Timber Creek (who won states for 4 years). I’ve played with and against some of the best players in the country and even the world in some of the international tournaments, and it’s often humbling to see how good some players are.  Coming in and being able to help the team felt really good. 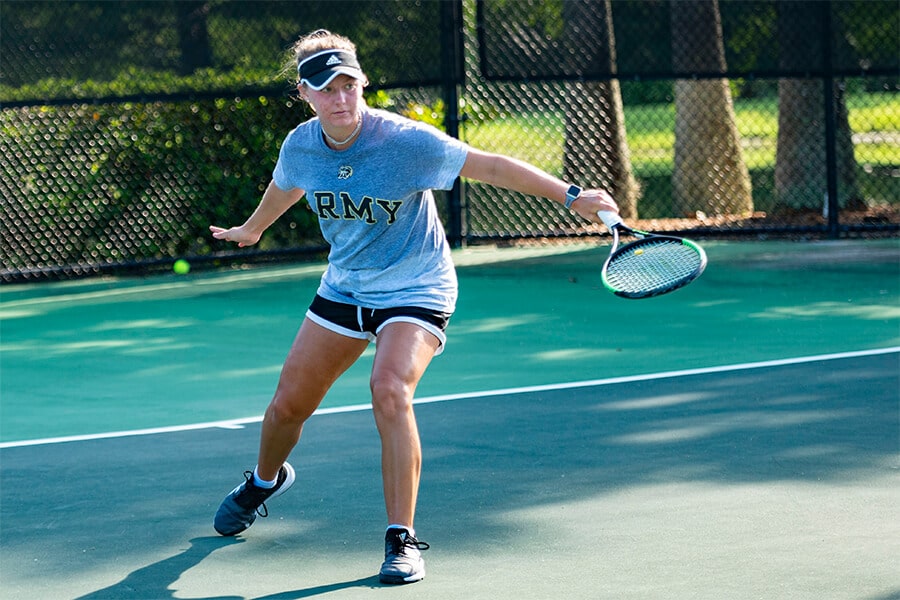 I’ve always loved team tennis events!  Being able to cheer for your teammates and yelling encouragement during the middle of matches to each other is the best part!

It’s a great way to represent your community and connect with those people you have something in common with, who understand you and your commitment to the sport.

What led you to join the United States Military Academy at West Point?

When traveling the country on either vacation or national tournaments, my mom always made time to take me to any university within a couple of hours. She felt that I needed to have the personal experience of being on campus to get the “feeling” of if it was somewhere I would want to be. I probably visited 40-50 colleges – some really nice schools that I would have definitely considered but just didn’t find one that I felt passionate about until I found the service academies. West Point is a perfect fit for who I am as a person and provides me what I was looking for in a college – to be part of something bigger than myself.

I am a recruited athlete at West Point and will continue to play tennis for the Army women’s tennis team. 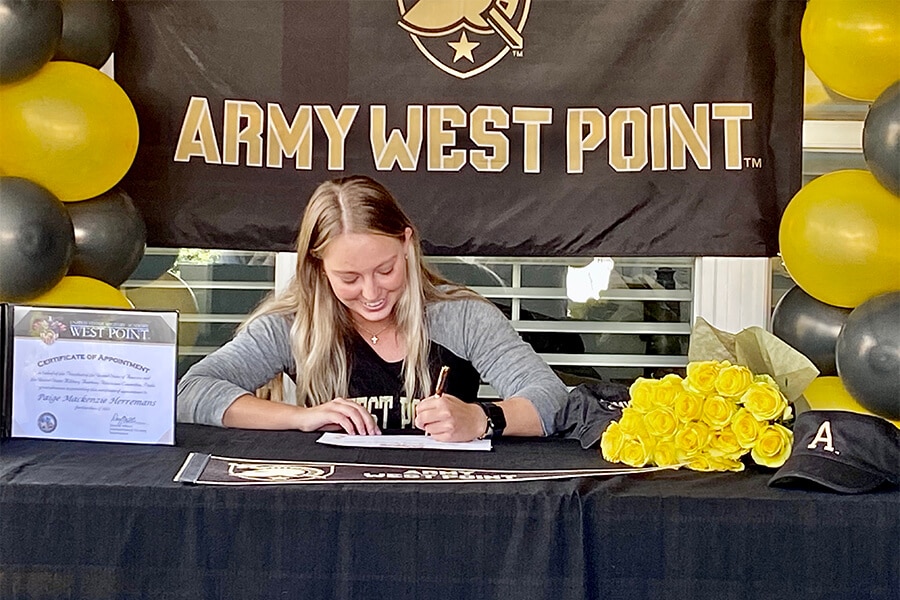 What are you looking forward to learning at West Point?

What do you plan to major in?

My hope at this time is to major in Cyber Security.

Well, my future pretty much starts now. I leave in June to start my 6-week program of Cadet Basic Training. After which I transition right into the academic year that starts in August.