It’s graduation season for students in the class of 2021, and USTA Florida is giving some Florida high school seniors the chance to share their achievements and accomplishments both on and off the court.

Davie’s Adam Duan has been training at the Nick Saviano High Performance Tennis Academy for two years. He’s been playing tennis since he was 7 years old, enjoys doubles competition more than singles, and has had the opportunity to hit with several professional tennis players including Sloane Stephens and Amanda Anisimova. The 18-year-old, who plans to major in Business Sports Management, will play Division I tennis at Wake Forest University in Winston-Salem, North Carolina, beginning in the fall. 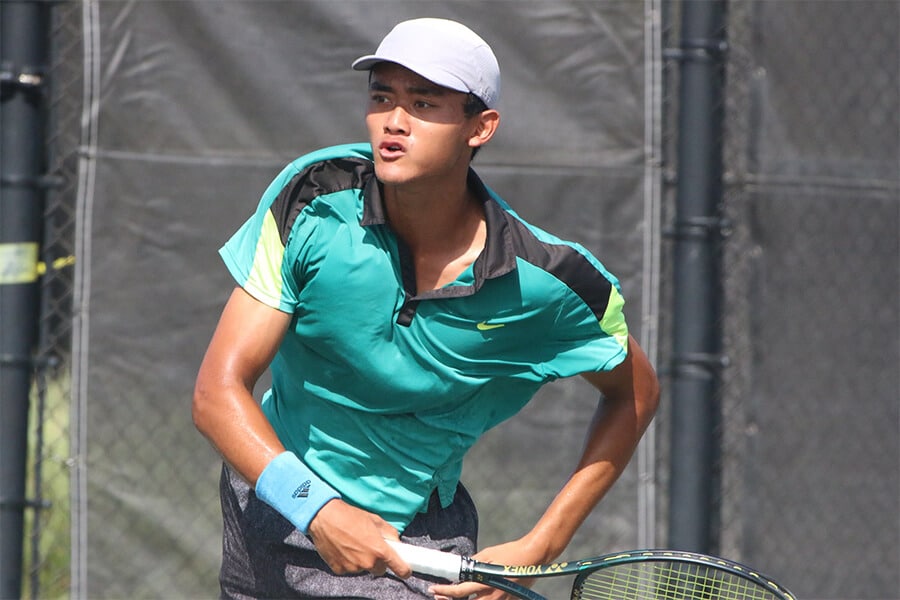 My parents played tennis first and so did my parent’s friends. I first played for fun with family and friends then I slowly took it more seriously as I got older.

My favorite thing about the sport is the feeling of improving and winning matches. I enjoy competing in tournaments and the excitement of winning close matches. Tennis has also given me the opportunity to travel to diﬀerent places and meet diﬀerent kinds of people.

Of all your tennis achievements at American Heritage School, both individually and as a member of the team, which was your favorite moment and why?

My favorite moment was in August 2020 when I won the summer circuit Men’s Open tournament. Everybody had been in quarantine for a few months because of COVID-19 and nobody had played a tournament in months. I was just happy that the tournaments were back and to be out there competing after staying in the house for so long. I had a good run in that tournament and came out on top with the title in the end.

What is your favorite memory from your time at American Heritage School?

My favorite memory is playing at the number one position on the team. I don’t have one speciﬁc memory, but it was great to have a team cheering me on when I competed. It was also fun to cheer them on when we competed against the other schools.

The best part of being on the team is the energy that everybody brings. Everybody supports each other and helps each other play better. It’s a lot more fun than playing by yourself. 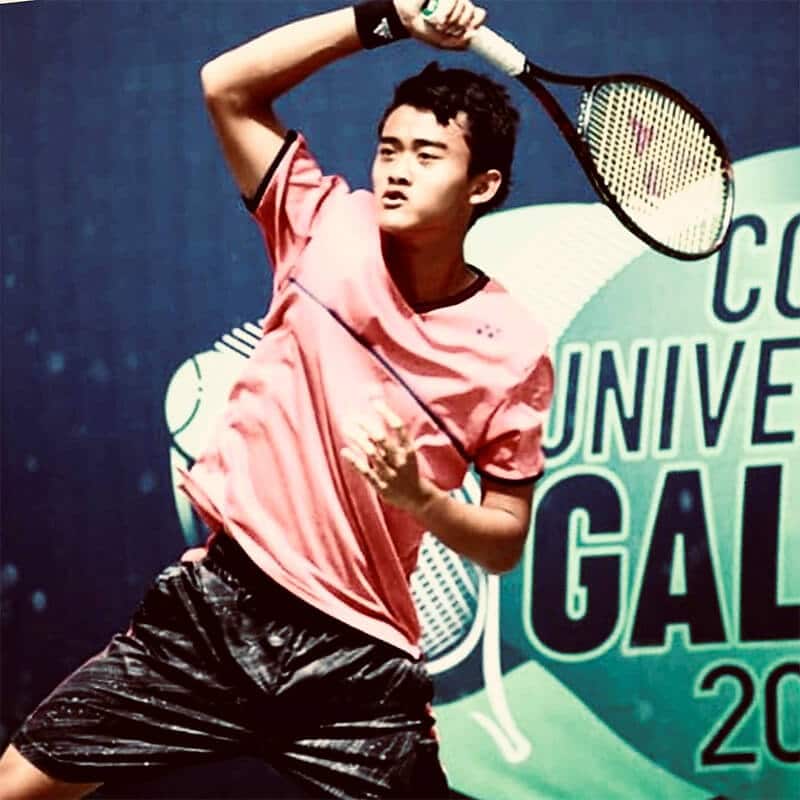 Involvement in sports means challenging myself every day to become better – whether it’s on and oﬀ the court. Playing tennis has taught me many lessons and made me a stronger person. I believe involvement in sports teaches unique traits such as teamwork, conﬁdence, hard work, and self-control.

How has your game developed while playing high school tennis?

My game developed tremendously as I competed against other high-level players from around the state. I also improved my doubles game as doubles was a major part of high school tennis.

What led you to ultimately choose Wake Forest University when you were selecting the college you wanted to play at?

I chose Wake Forest University because I liked the family environment of the school; I was also really impressed with the level of the tennis team. I talked with the head coach a lot and a few people that were attending the school during the summer. Everyone was very friendly and supportive. The academics were also top-notch. I realized this was the perfect place to develop as a person and also as an athlete.

What expectations do you have for your freshmen season?

Everyone on the team plays at a very high level and we are also competing in the ACC conference so every match will be very challenging for me. My goal is to make the starting lineup and compete hard every single match. Then I will focus on improving my game every day and winning as many matches as possible for my team. 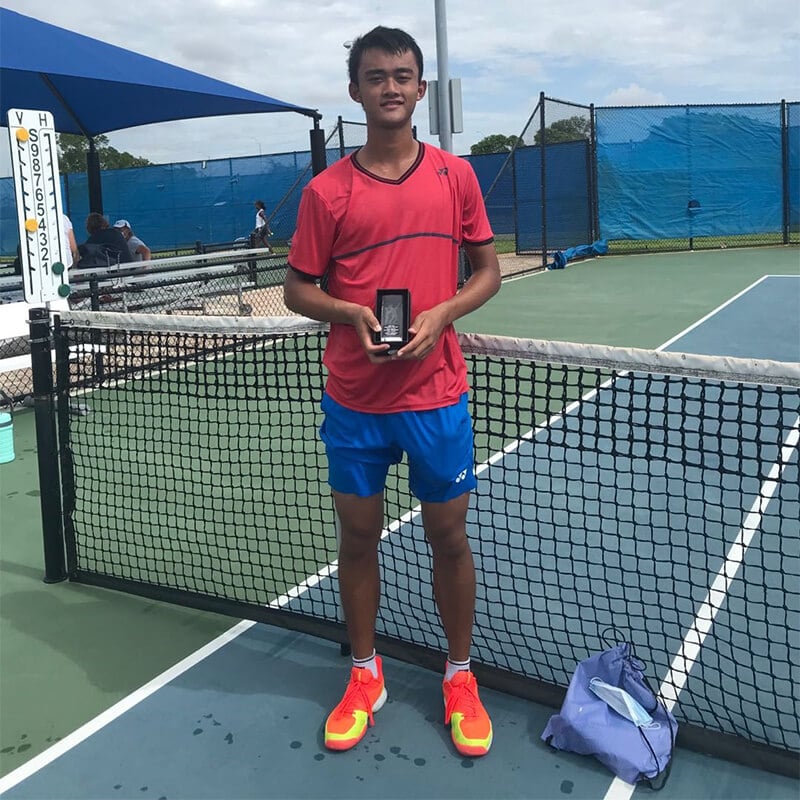 What excites you the most about your career as an athlete?

The most exciting part about being an athlete is getting better and winning tournaments. It’s exciting to work hard every day and testing myself to see how far I can go. It’s a great feeling to win big matches and tournaments because it instills conﬁdence in me and motivates me to win even more.

My goals for the future are to help Wake Forest earn another championship title and play professional tennis afterward.

My advice would be to work hard on your game every single day. It’s important to put in the hours and sacriﬁce some things to get better. The training environment needs to be high quality for the player to compete well in the matches. If the player does not play starting lineup in their ﬁrst year they can still watch the other players to get experience. Just remember to have a good time and enjoy being a part of the team.