A straightforward answer from Juana Lopez, who is no stranger to persevering despite being overlooked on the tennis court. The Peru native, who is affectionately known as JLO to some, fell in love with the game at just 7 years old. That love sprouted into ambitions, dreams, and goals that led her to national and international wheelchair tennis tournaments.

“I still remember as a child I always accompanied my dad to watch him play tennis, and I would say to myself ‘too bad, I can’t play tennis’,” she recalls. “Then one day my dad told me he was going to take me to a demonstration clinic for wheelchair tennis. I was amazed.”

In 1998, Lopez had the opportunity to participate in a wheelchair tennis clinic in Lima, Peru, that was conducted by the International Tennis Federation (ITF). From that moment forward, wheelchair tennis became Lopez’s passion, but it wasn’t always an easy road. 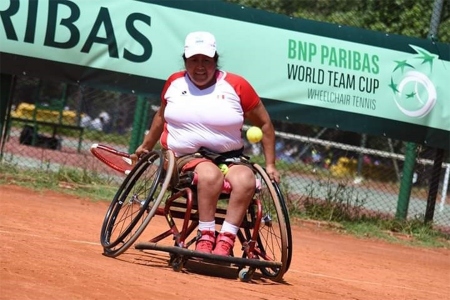 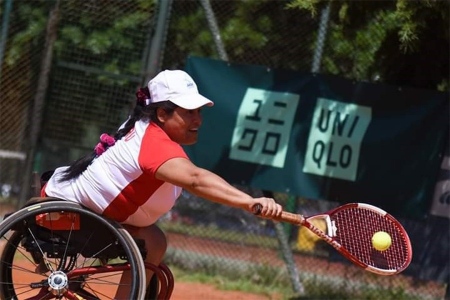 “When I started playing in my native country of Peru, at that time being a woman was not welcomed in adaptive sports,” she says. “When I immigrated to the United States, I then faced discrimination for being Latina and some coaches did not want to teach me. As the years went by and I improved, I started to face age discrimination because some coaches thought my tennis would no longer improve and I had ‘reached my limit’.”

Lopez says she faced those barriers by playing tennis without setting limits. She powered her way to becoming a national champion in Peru, began participating in international tournaments, and played in the Para-Pan American Games, an international multi-sport event for athletes with physical disabilities held every four years after the Pan American Games. 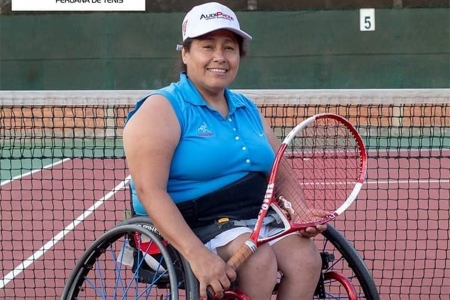 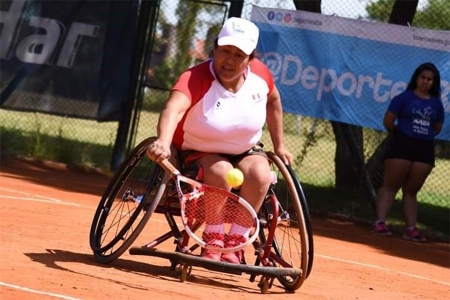 In the height of winning tournaments, Lopez put her tennis career on hold to take a nearly decade-long break to raise her children. There is nothing that rivals her passion for wheelchair tennis quite like the love she has for her family.

“After turning 25 I had other simultaneous objectives besides tennis: to fall in love, get married, and have children,” she says. “I achieved that, but I never imagined that within my plans I would have the luck of being chosen to be the mother of a child with special needs.”

Now residing in Gainesville, Lopez focuses on taking care of two children, especially her oldest son who is on the autism spectrum.

“When he was born, my husband and I would ask ‘what happened to our baby?’” she says. “After many doctors and evaluations, we had the answer: non-verbal autism.”

Lopez shares that her oldest son rarely speaks, has difficulty functioning, and suffers from tonic-clonic seizures as well as tumors in his brain. She says the journey has been rocky, but she doesn’t regret it in the slightest.

“My motherly responsibilities exceeded my passion of tennis,” she says. “The best reward is to hear him say ‘mom’ once a year.” 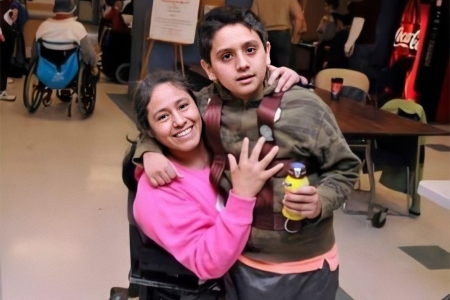 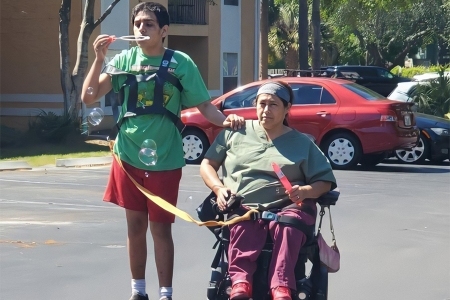 Tennis took a backseat for Lopez as she and her husband, a veteran of the United States Navy, funneled all their time and energy into caring for their son. While she had to give up participating in tournaments during this time in her life, Lopez still had the opportunity to get out onto the court every Saturday for a two-hour wheelchair tennis program.

“It helped me gain energy to continue through the next week,” she explains. “When I earned points in training games I felt my self-esteem grow; it was two hours that I was able to forget all the burdens of responsibility.”

When her eldest son turned 11 and could do more everyday actions independently, Lopez decided to make her return to wheelchair tennis tournaments.

“I started with many disadvantages,” she recalls. “The ranking players were mostly new, I was not chosen to play doubles, I even remember a tournament that I couldn’t play doubles because I lacked a partner.”

Lopez now practices at Play Tennis Gainesville’s Joyce Oransky Tennis Center. She says her return to the courts was tough as she balanced her job as a medical technologist at a hospital and the round-the-clock care for her son, but it’s a life experience she wouldn’t trade for the world.

“Being a mother to a child with special needs is a pleasure, and when you see them make progress due to your care, it’s comforting,” she says.

Her latest goal is to participate in the Paralympic Games in Japan scheduled to be held in 2021. She hopes her tennis journey will inspire other wheelchair users to consider the sport as an outlet for them.

“Wheelchair tennis is one of the few sports that you can start practicing at any time,” she shares. “When I play, I feel the wind breaking and during the game I forget my ailments and disabilities. Tennis gives me the strength to keep going. It’s as if my life was a game of tennis – it doesn’t end until you win.”