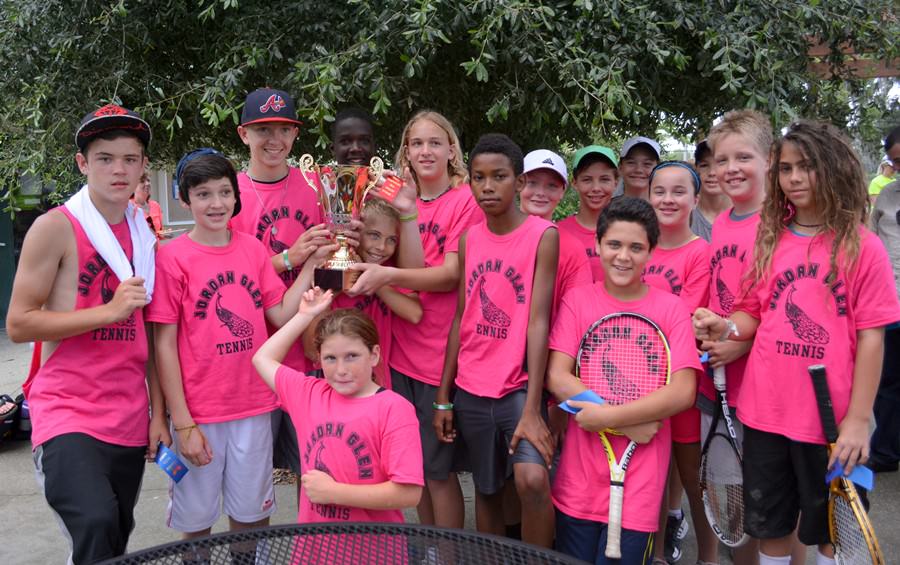 Travel to TB McPherson Park in Gainesville, Fla., and you’re bound to find a group of kids on the playgrounds..

But beyond the swimming pool and the baseball fields, there is a particular group of kids playing on the tennis courts. And it’s on those courts where something special is happening. That’s where you can find Addison Staples and other tennis pros teaching children the ins and outs of the game through their Aces in Motion program.

A part of the Gainesville Area Community Tennis Association (GACTA), Aces in Motion not only tries to teach at-risk children the game of tennis, they aim to reinforce the intangibles of the game.

“Our main achievements that we’re working toward are health, academic achievement, character development and life skills,” said Staples, the executive director of GACTA and program director of Aces in Motion. “The intangible life lessons that they’re going to learn are what we’re aiming for.”

When Aces in Motion began, however, the recreation center wasn’t the haven Staples envisioned.

“When we started at this rec. center, there was a lot of criminal activity in the area,” said Staples. Through the program’s determination and fortitude, the recreation center has turned into a positive environment. “Since we’ve been there, it has allowed the city to allocate more resources. The city has let us make it our headquarters. The courts have been resurfaced and the rec. center has been revived.”

Since then, Aces in Motion quadrupled their budget, hired 15 part-time pros and have two full-time staff. With support from organizations like the USTA Florida Foundation, Aces in Motion is present at 13 sites and has 450 participants, with some attending twice a week. They’re active in the community, reaching out for new participants in schools and town halls. 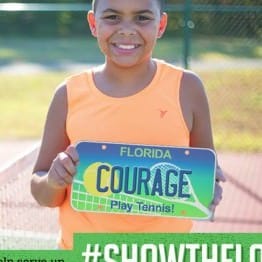 Part of the challenge, and reward, has been introducing children to a sport they may not otherwise play.

“It’s not a contact sport, which is a big challenge,” Staples said. “It’s all about control and finesse at first. It’s a non-traditional sport. A lot of the kids have never seen tennis on TV. They don’t know how the game is played, so there is a big learning curve.”

Access to courts and equipment is limited, and the majority of their students are African-American.

“There’s a stigma that it’s a predominantly white sport, and privileged for only those who are able to afford it, or don’t have courts in their neighborhoods,” said Staples. So why the sport of tennis? Staples’s background is in tennis, and he believes the game itself is a great teacher. “Tennis is one of the few sports that’s a lifelong sport, and it’s a great game to teach sportsmanship, character and life lessons.”

And, since it’s an individual sport, these values are served directly to the participants. Aces in Motion differs from other programs in that they also have their own tutoring sessions.

“We teach things like patience, hard work, focus and trying something over and over,” said Staples. “Even though you haven’t gotten it down perfectly, it will transfer into math issues they’re having or reading problems.”
By enforcing those traits through tennis, Aces in Motion is able to reinforce it in the classroom for their participants. And the results have shown. Children who have experience in the program have taken their lessons and used them to help guide new participants. Staples knows the program is on the right track.

“I’ve seen kids more confident as a result in the program and therefore mentoring other kids who are just starting to try it out, like, ‘Hey, stick it out. You got this,'” Staples said.

Support Tennis Programs in Florida
Tennis teaches lessons beyond the court. Show your support for youth and special-needs tennis, as well as for tennis programs in economically-challenged communities, by purchasing a “Play Tennis” license plate. Ninety percent of proceeds go toward funding programs like Aces in Motion. For more information, visit www.ustafloridafoundation.com/tag

Support Florida Tennis With The “Play Tennis” License PlateIn December of 2009, the first Floridian with a PLAY TENNIS! License plate hit the roadways showing visible support for the sport we all love! Since that time over 3100 plates have been purchased, providing funding for the USTA Florida Section Foundation’s grant programs. As of December 2015, the Foundation has received $352,600 in revenues from our specialty license plate sales. Visit www.USTAFloridaFoundation.com/tag to find out more and how you can get your Play Tennis License plate. #ShowTheLove