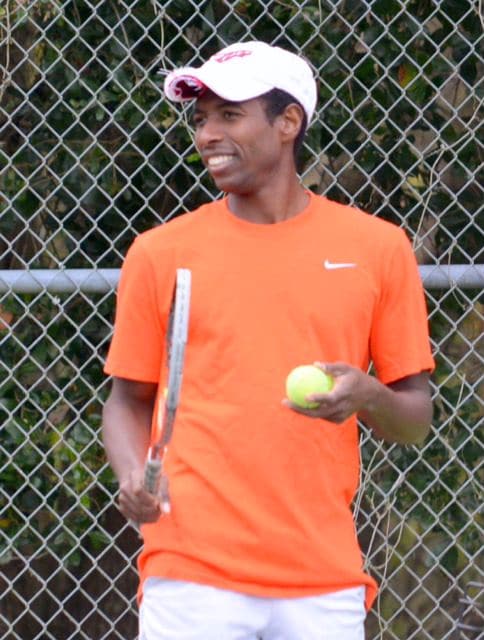 Gainesville over the years has produced some of the most competitive Junior Team Tennis squads in the state. That is no coincidence, says local organizer Robert Taylor, in a city where tennis organizers have embraced the USTA’s Youth Progression Pathway to get more kids in the game.

The pathway has allowed area organizers to ease youngsters into kid-sized tennis with smaller racquets, courts, and lower-bouncing balls. It in turn is creating a larger pool of beginner players in Gainesville, while at the same time providing higher-level players the opportunities to face off in both tournament and JTT league play.

“I think the biggest thrill I have gotten is educating parents and colleagues about the benefits of making the ‘playing field’ suitable for kids, based on their ages and ability,” said Taylor, who serves on the Florida Regional Advisory Team for the USTA Florida Youth Progression Pathway.

Area children can play Junior Team Tennis at any level from beginner to advanced, and play in the Middle School Tennis league sponsored by the Gainesville Area Community Tennis Association, which Taylor volunteers for. Players can try their hand at entry-level tournaments, or stay in league or school play, or play all three.

“The team aspect only helps grow the game for the recreational player so they don’t feel the pressure of the individuality of the sport,” says Taylor, who has also overseen some high-level local teams. In 2012 and 2013 he helped Gainesville teams win the USTA Florida Junior Team Tennis state title, and advance to the USTA Junior Team Tennis National Championships.

“Our competitive path is one of the best, but to ensure children would take advantage of that, I want to provide a program that is competitive enough that kids would potentially move into the competitive path — but if they choose not to, they have the ability to play and be challenged with kids of similar ability.”

“Our middle school program through our community tennis association, the GACTA, has been a tremendous success,” Taylor says. “Facility sponsorship has been providing teaching pros for team practices, and providing courts for matches. It has exposed kids who may have never had a chance to experience playing tennis to try it at a very small fee, and the benefits of playing for their school have been outstanding. I highly recommend it for all areas, but especially for smaller rural areas to create a buzz.”

Over the last seven years Taylor has been virtually everywhere throughout junior and school tennis in Gainesville, while also volunteering at the state level. This has included JTT volunteer/coordinator/captain to high school coach, tournament director, and current positions as director of junior tennis at Haile Plantation Golf and Country Club, Aces in Motion program volunteer for the GACTA, coach for the middle school league, and member of the USTA Florida Regional Advisory Team for Youth Progression, along with acting vice president for the USPTA Florida District 17.

Taylor says the different positions provide an opportunity for ongoing learning and education.

“I have also been fortunate enough to help with USTA Florida Early Developmental Camps and Diversity Camps, and to see the looks on the kids’ faces when they are able to accomplish a task that I helped them with,” he says. “This has only fueled my desire to learn everything I can from all of the great coaches and providers in our section.”

The USTA Florida Section congratulates Robert Taylor as the October 2016 Tennis Volunteer of the Month for his grassroots work in growing youth and school tennis in the Gainesville area.

My earliest tennis memory is…”I was 8, my first coach said if I could rally 50 balls over the net, he would buy me a soda…I rallied 83 in a row…I really wanted that soda!”

If I could play tennis with three people they would be…”Jim Courier, Andy Murray, and Arthur Ashe — we have the same birthday.”

When I am not playing tennis I am…”coaching my kids’ sports teams.”

My best tennis memory is…”the years I coached high school tennis. I got to watch numerous junior players grow and learn how to develop their game, and along the way I saw individual players band together and become teams. To have each others’ backs and cheer each other on was a joy to see, and I will cherish every junior I helped along the way.”

I like to volunteer because…”it’s a great way to give back what tennis has given me. To show juniors how you can manage your life, prioritize, problem solve, make friends — make something that seems so individualistic into a social environment, and most importantly be able to laugh and have fun.”