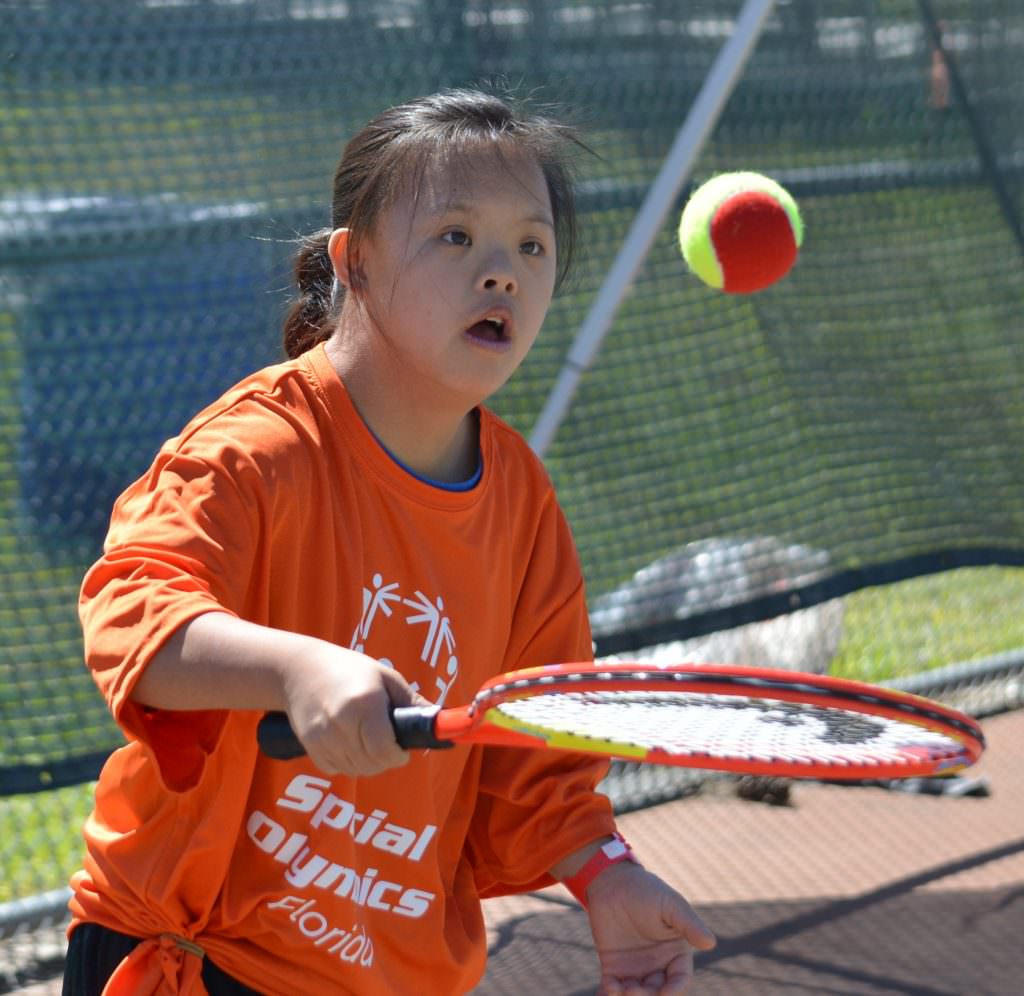 Sometimes it takes a village to get a tennis program started, and in our case, it certainly did. After many months of hard work on the part of organizers, volunteers, and athletes alike, for the first time ever, Alachua County was represented in the tennis competition in the Special Olympics Summer Games at the ESPN Wide World of Sports in Orlando.

The journey started when a board member of the Gainesville Area Community Tennis Association (GACTA), Elizabeth Patterson, decided to focus her considerable energy and talent on creating a sustainable adaptive tennis program in Gainesville. She first approached Royce Kamman, the principal of Sidney Lanier Center, and he embraced the idea of bringing GACTA’s and the USTA’s resources to the PE program at Sidney Lanier.

The center became a USTA Member Organization, and its PE program was registered with USTA Florida. In partnership with the PE teacher, Winston Church, and with the assistance of the USTA and the USTA Florida Section Foundation’s equipment and programming grants, low-compression balls, racquets and nets were acquired for the program. Weekly tennis instruction was incorporated into the PE curriculum, using volunteers from the tennis community and the University of Florida. 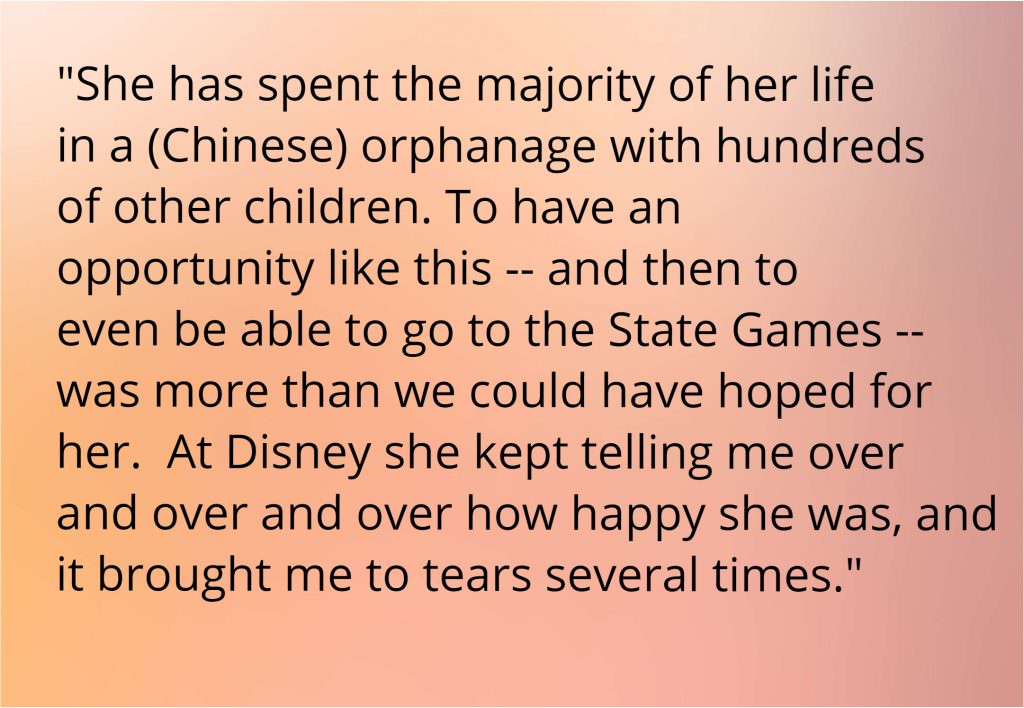 Another important goal for Elizabeth was to provide the athletes with an inclusive sport experience, and the Project Unify program of Special Olympics provided that opportunity. Taylor Byle, a UF pre-med student, had just organized a Project Unify flag football season for Special Olympics Alachua, and was volunteering as an assistant basketball coach for Sidney Lanier. In late 2015, both Taylor and Mr. Church assisted in recruiting Sidney Lanier students for the tennis program, and they both greatly helped us navigate the paperwork needed for establishing our local Special Olympics tennis program.

Weekly practices for the Special Olympics athletes began in late December, 2015, in the gym at Sidney Lanier, as well as at a city tennis facility. Athletes of all abilities learned tennis skills and made steady progression into various levels of competition. The athletes, as part of the “ACES” team, formed lasting friendships and became true teammates, cheering each other on in their skills and competition matches.

This spring, the athletes first competed in County Games and Area Games in a variety of categories, including Tennis Skills, Red and Orange ball singles and doubles, and Unified Tennis Doubles, in which a Special Olympics athlete is paired with a “neuro-typical” player. Based on their results in the Area Games, seven of our tennis athletes and three Unified partners were chosen to attend the Special Olympics Summer Games, which was held at Disney’s ESPN Wide World of Sports in May.

The Summer Games provided quite an experience for the athletes — the spectacular Opening Ceremony, two full days of competition, and the closing events, which included a player party and dance. The tennis players from Alachua County were recognized repeatedly, being called to the winner’s platform over and over to receive their trophies and medals. 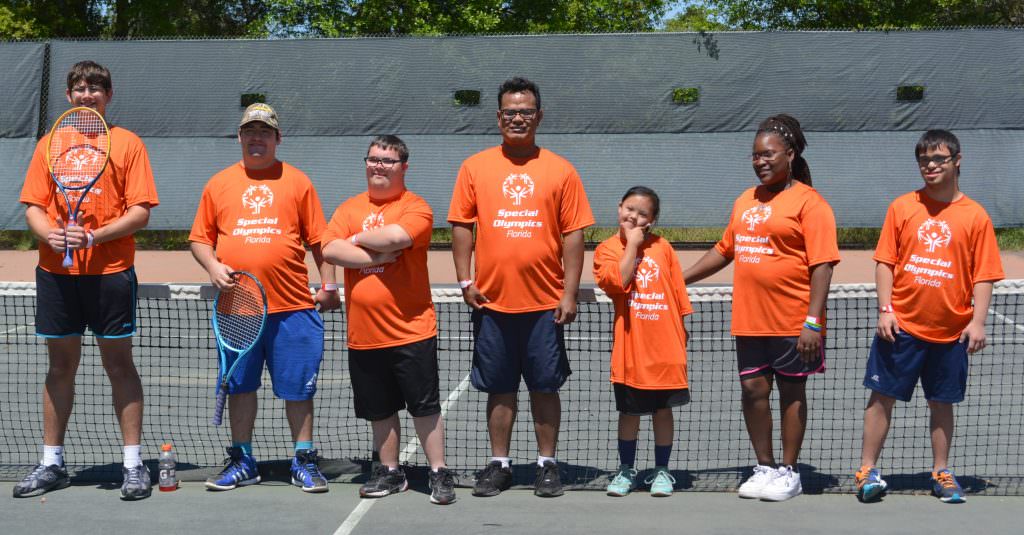 “As the adaptive tennis program developer and a certified Special Olympics tennis coach, I was very privileged to train so many outstanding athletes in the Aces in Motion Adaptive Tennis program,” Elizabeth said. “I couldn’t be prouder of the team ACES athletes.”

Eden, a 16 year-old Sidney Lanier student of Chinese descent with Down Syndrome, was one of the athletes who traveled to the Summer Games, accompanied by her mother, Haley.

“This has been an incredible opportunity for Eden!” Haley said. “Just the chance to learn the sport and have people invest so much time and energy into her has brought her great joy. She has spent the majority of her life in a (Chinese) orphanage with hundreds of other children. To have an opportunity like this — and then to even be able to go to the State Games — was more than we could have hoped for her.  At Disney she kept telling me over and over and over how happy she was, and it brought me to tears several times.” 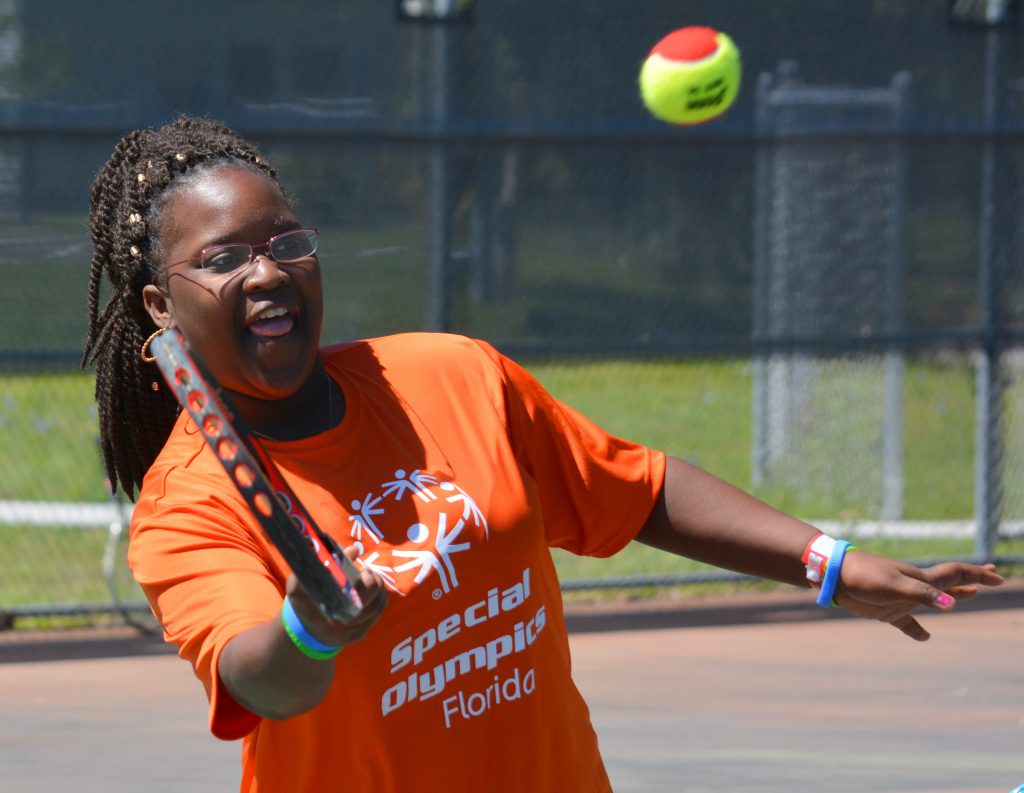 Taylor, who served as overall county coordinator for the Special Olympics Area Games and as a Unified Tennis partner, said “Although I have been volunteering with Special Olympics Alachua for more than a year, this was my first opportunity to participate as a Unified Partner. Competing alongside an athlete with intellectual disabilities was very enlightening, in particular getting to experience the process of struggling through something and progressing slowly. I had no previous tennis experience so learning a new sport alongside my teammate gave me some perspective into what Special Olympics athletes go through.

“Most of the athletes struggle with simple tasks, so experiencing sort of what they go through and being on a level playing field was eye opening.”

The enthusiasm of the athletes, the volunteers said, made them look forward to going to practices every week, along with seeing the smiles on the athlete’s faces during competition and when they receive their medals.

For more info go to www.gainesvilletennis.org/news-events/gacta. 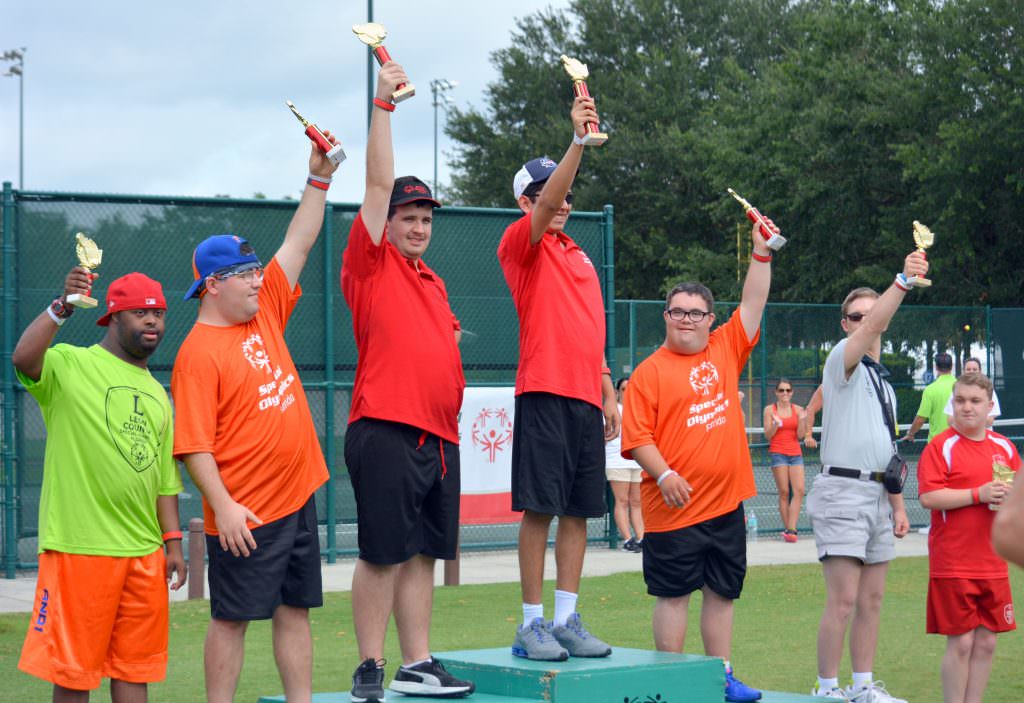