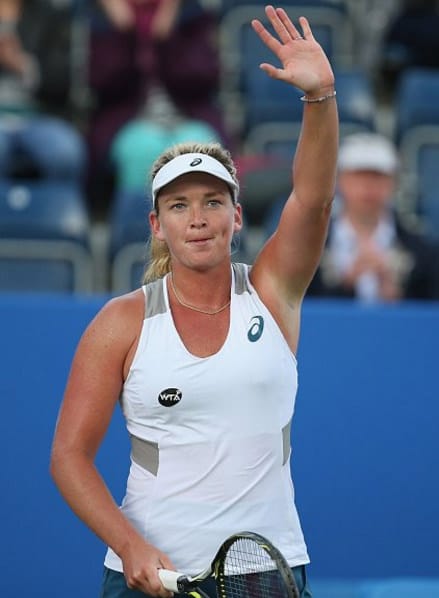 U.S. women’s (and girl’s) tennis had a banner clay court season. Sloane Stephens reached the French Open women’s final, Florida’s CoCo Gauff won the French Open girls’ title (beating American Caty McNally, who won the doubles title), and there are plenty more in the pipeline — 20 percent of the girls in the ITF world junior rankings are from the U.S.

It was the second straight year an American won the girls’ title in Paris after Florida’s Whitney Osuigwe, who also ascended to the No. 1 junior ranking in the world.

Fort Lauderdale’s Chris Evert won the girls’ 18s at the USTA Florida “Bobby Curtis” Junior State Singles Championships in 1971 at the age of 16, then went on to win four WTA tour titles THAT SAME YEAR as an amateur, as well as competing in her first US Open where she lost in the semifinals to top-seeded Billie Jean King.

Plantation’s Alexis Blokhina will unlikely be unable to match that trajectory, but at the tender age of 13 she became the youngest winner ever at the 70th edition of the “Bobby Curtis” championships after upsetting No. 3 seed and former champion Sophia Edwards of Nokomis 4-6, 6-3, 7-5 in a see-saw final in 90-degree temperatures on Wednesday at the USTA National Campus in Orlando.

While a bright future undoubtedly awaits, it’s unfair to compare any player to Evert, who won five “Bobby Curtis” titles in six years in four different age divisions before only a few years later ascending to the world No. 1 ranking. Below is Evert competing at the US Open the same year she won her last “Bobby Curtis” title at age 16. 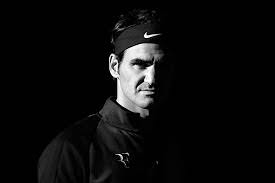 Roger Federer’s 10-year $100+ million Nike contract has expired, and reportedly Uniglo is in the mix as a new clothing suitor…Late last week the tennis world lost 19-time Grand Slam winner Maria Bueno of Brazil. The former No. 1 in the pre-Open Era (pre-1968) played without a coach and said her secret was training against men…On Monday Italy’s Sara Errani, a French Open runner-up, was levied a 10-month suspension for testing positive for a banned substance she said her mother took but found its way into a family meal…The USTA announced this week it is adding instant replay/Hawk-Eye technology to all courts at the US Open this year, making it the first of the Slams to do so…Rafael Nadal re-ignited the pay debate in tennis, telling an Italian magazine that pay equality is a “comparison we shouldn’t even make,” and that “who gathers a larger audience earns more.”…Entries close July 5 for Florida teams to enter the New Balance High School Tennis Championship, to be played July 21-24 in Ojai, Calif…The courts (non-tennis) are after Boris Becker for bankruptcy proceedings, but now he says he’s immune from prosecution as the 50-year-old has taken up a role with the Central African Republic as a sports envoy, claiming diplomatic immunity…Tennis journalists at the French Open graffitied the place ahead of it’s scheduled demolition…33-year-old former Wimbledon champion Marion Bartoli has given up on her tennis comeback…Andy Murray may play Queen’s Club next week…Maria Sharapova and Madison Keys both withdrew from the WTA Birmingham event citing a need to recoup from injuries, and Rafael Nadal pulled from the Queen’s Club event next week citing likewise…John Isner, Steve Johnson and more were on hand this week in Ft. Pierce, Fla., for Sam Querrey’s wedding. 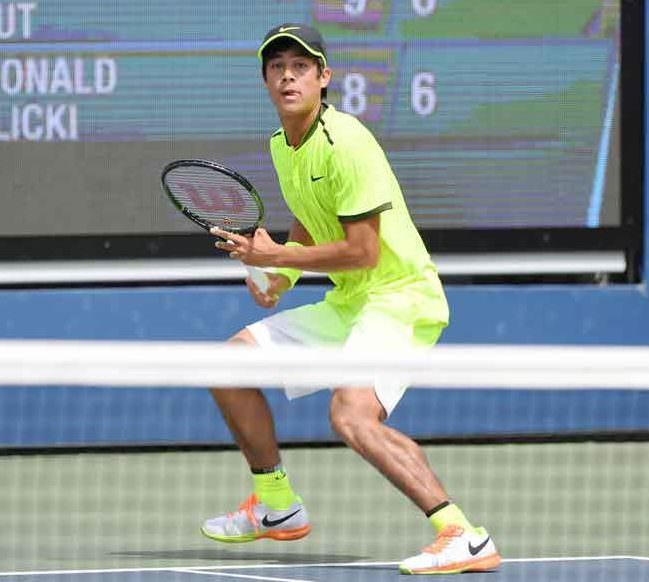 No. 1 seed and two-time champion CoCo Vandeweghe and fellow American Alison Riske will meet in the quarterfinals on grass at the Libeman Open in ‘s-Hertogenbosch, Netherlands on Friday.

Riske on Thursday defeated unseeded Hungarian Fanny Stollar 7-6(1), 6-2. Vandeweghe earlier moved into the quarters after a 7-6(4), 6-3 win over Dutchwoman and former world No. 1 junior Arantxa Rus.

On the men’s side in ‘s-Hertogenbosch, American wild card Mackenkie McDonald is into the quarterfinals after Thursday defeating Brit qualifier Alex Bolt 6-4, 7-5.

It is the 23-year-old Miami resident’s first career ATP quarterfinal and best result since qualifying at the Australian Open in January and stretching No. 3 Grigor Dimitrov to 8-6 in the fifth set. In the Friday quarters he will meet unseeded Frenchman Jeremy Chardy.

Tournament coverage is daily on Tennis Channel (see schedule below). 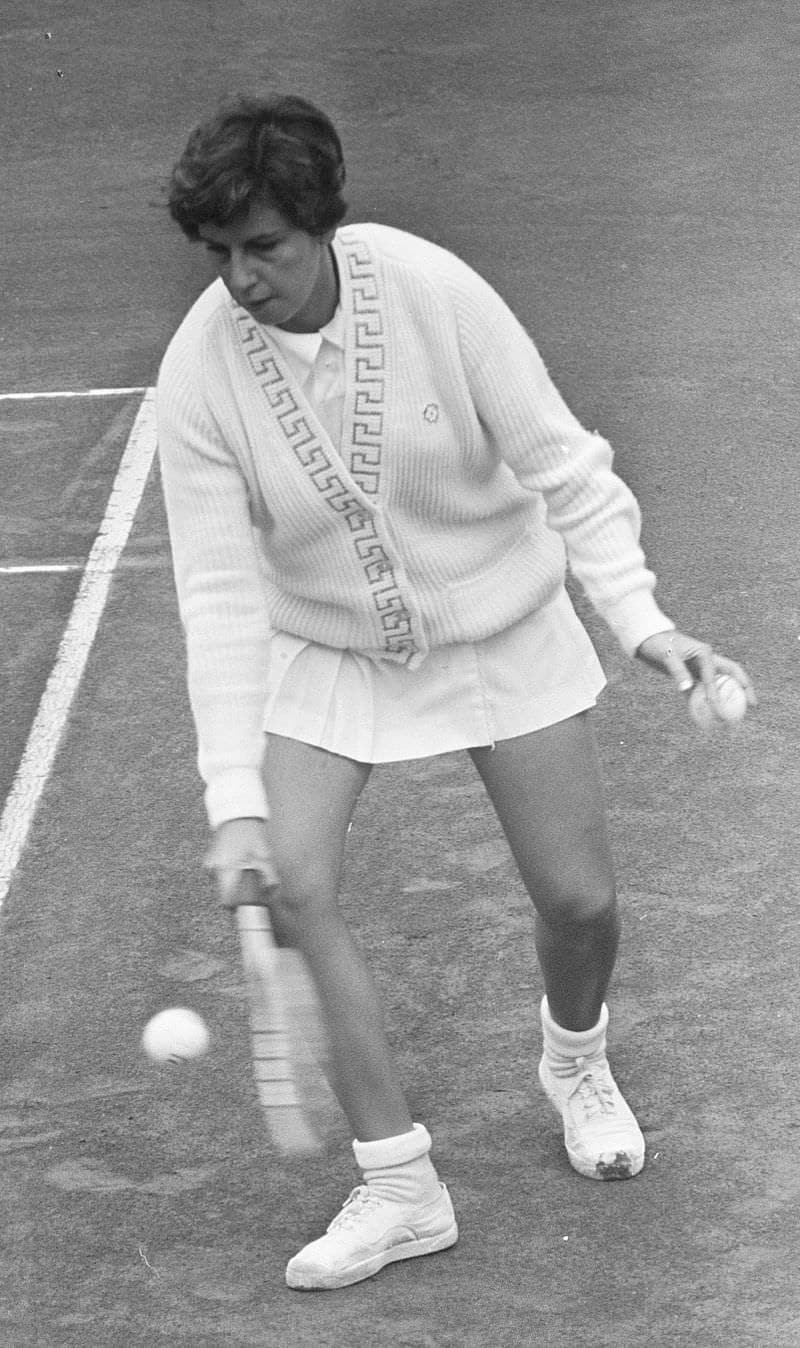 “There was a gasp from one end of the court. And the people at the other end didn’t know why, until I changed ends and served from there. Later I wore panties that resembled the club colors, which outraged the club committee and they brought in the all-white clothing rule.”
— Brazilian player Maria Bueno, who died last week, on debuting pink underwear at Wimbledon

“If you tell me, seven, eight years ago, that I will be here with 32 years old having this trophy with me again, I will tell you that it is something almost impossible. But here we are.”
— Rafael Nadal after winning a record 11th French Open singles title

“To play until 35 [years old] was just unheard of 10-15 years ago. I think Mark Woodforde did it and we thought he was ancient. We were kind of envisioning when we were in our early 20s making it a little past 30, but here we are at 40, after 20 years playing, and we still want to play more.”
— Mike Bryan speaking to Tennis.com