Four counties added to their Sectional title counts over the weekend at the USTA Florida Adult 18 & Over 3.5/5.0 Sectional Championships, held Aug. 21-23 at the USTA National Campus.

Losing just one court and eight sets in the early round-robin action of the women’s 3.5, Orange/Seminole/Lake (USTA National Campus, Orlando) earned the top seed out of Flight 2 into the knockout stages. In the semifinals, the Orange/Seminole/Lake squad went 4-1 to defeat Miami-Dade (Dante Fascell Park, Miami) on all courts save the #1 singles.

Miami-Dade had another chance for the title in the championship dual, as the squad representing Don Shulas Athletic Club in Hialeah also advanced to the finals to square off against Orange/Seminole/Lake. Miami-Dade’s Ali Quintero got the squad on the board when O/S/L’s Cynthia Curtis retired with the score standing at 6-2, 5-2. It wasn’t enough to stop Orange/Seminole/Lake’s dominant performance though, as they completely swept the doubles competition and took the remaining singles victory for an impressive 4-1 win over Miami-Dade. The victory moves Orange/Seminole/Lake into a first-place tie with Pinellas County for the 2021 USTA Florida League Championship Cup.

Out of the 13 team field in the men’s 3.5, four teams maneuvered their way through flight play with a winning record to advance to the semifinals. Broward (Weston Tennis Center, Weston) emerged in the top spot boasting a perfect 4-0 record and 16 court victories, followed by Miami-Dade (Crandon Park Tennis Center, Key Biscayne) who also went 4-0 and claimed 15 individual matchups. Rounding out the semifinals were Alachua (DB Racquet Club, Gainesville) and Brevard (Kiwi Tennis Club, Indian Harbour Beach), both of which earned three dual wins.

In the knockout stages, Broward bested Alachua with three courts to two and Miami-Dade held off Brevard by a 4-1 margin, cementing a neighboring county stand-off in the final. Exceptional doubles play on all three courts led Broward to the division crown – Simon Palacios and Michael Kattan only dropped one game in their 6-0, 6-1 victory at line one, Alan Matheus and Alberto De La Rosa took court three 6-2, 6-1, and the pair of Jorge Cortes and Franco De Andreis earned a 6-2, 7-6 victory on line two. After clinching the dual win, Broward retired from the ongoing singles contests, giving Miami-Dade’s Benoit Benaibbouche and Ignacio Avila victories.

Duval County (Deerwood Country Club, Jacksonville) was the commanding squad in the women’s 5.0, winning all three contests in the round-robin portion of the division to advance to the final in the top spot. In the championship dual, second-place Broward (Sunrise Tennis Club, Sunrise) captured the first doubles court early with an impressive 6-0, 6-0 effort on the first doubles court by Elizabeth Galphin and Julie Axelrod. However, it wasn’t enough to take the 5.0 division title from Duval, as the duo of Frances Beacom and Marina Cunningham Pereira claimed court two 7-6, 6-1 and Cary MacRae battled her way to a 6-2, 3-6, 1-0 victory in the lone singles matchup.

It truly came down to the final match in the men’s 5.0, as undefeated Miami-Dade (Kerdyk Biltmore Tennis Center, Coral Gables) went head-to-head with 2-1 Hillsborough (East Lake Woodlands Country Club, Oldsmar). Miami-Dade captured the win in the top doubles spot, where Guilherme Fachin Da Cunha and Julio Ugarte posted a 6-2, 6-4 record to close out the contest. Hillsborough’s Mike Del Priore and Nathan Schley responded on line two with a 6-2, 6-3 win. All eyes were then on the lone singles matchup, where despite Miami-Dade winning the opening sets, Hillsborough’s Michele Panezeri would rally to a 1-6, 7-5, 1-0 victory to secure the title for Hillsborough.

The competing teams represented various clubs, parks, recreational departments and organizations, and finished at the top of their local leagues during the 2021 season to advance to the USTA Florida Adult 18 & Over 3.5/5.0 Sectional Championships. 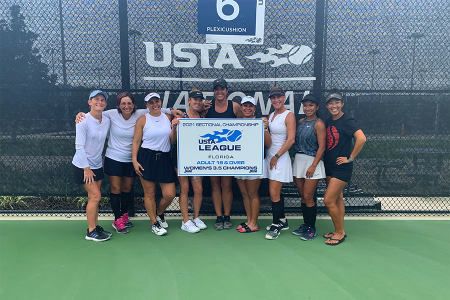 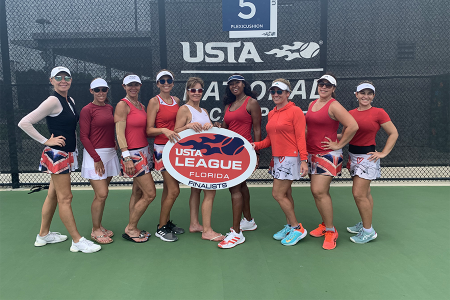 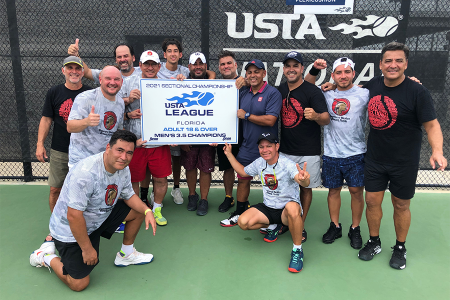 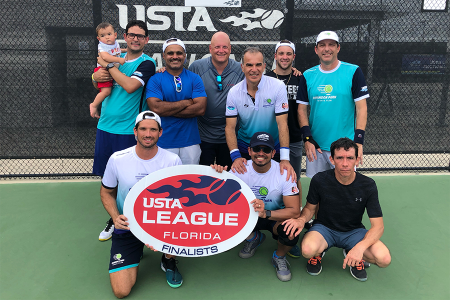 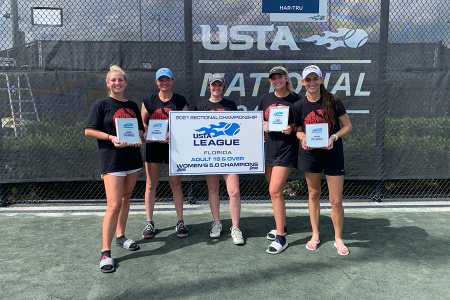 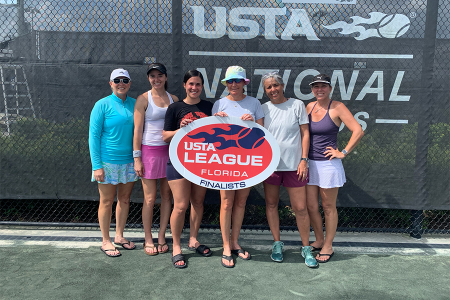 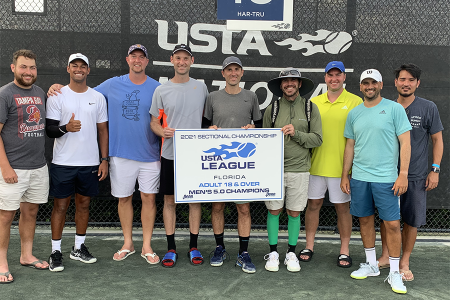 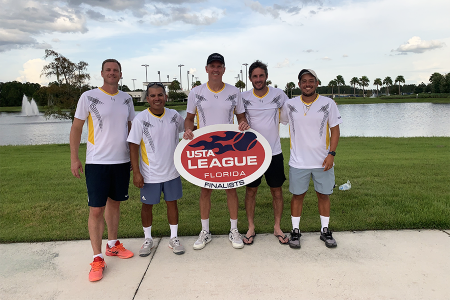 The USTA Florida League Championship Cup is awarded to the county with the most league sectionals titles during the 2021 season (standings through August 25, recent winners in bold):