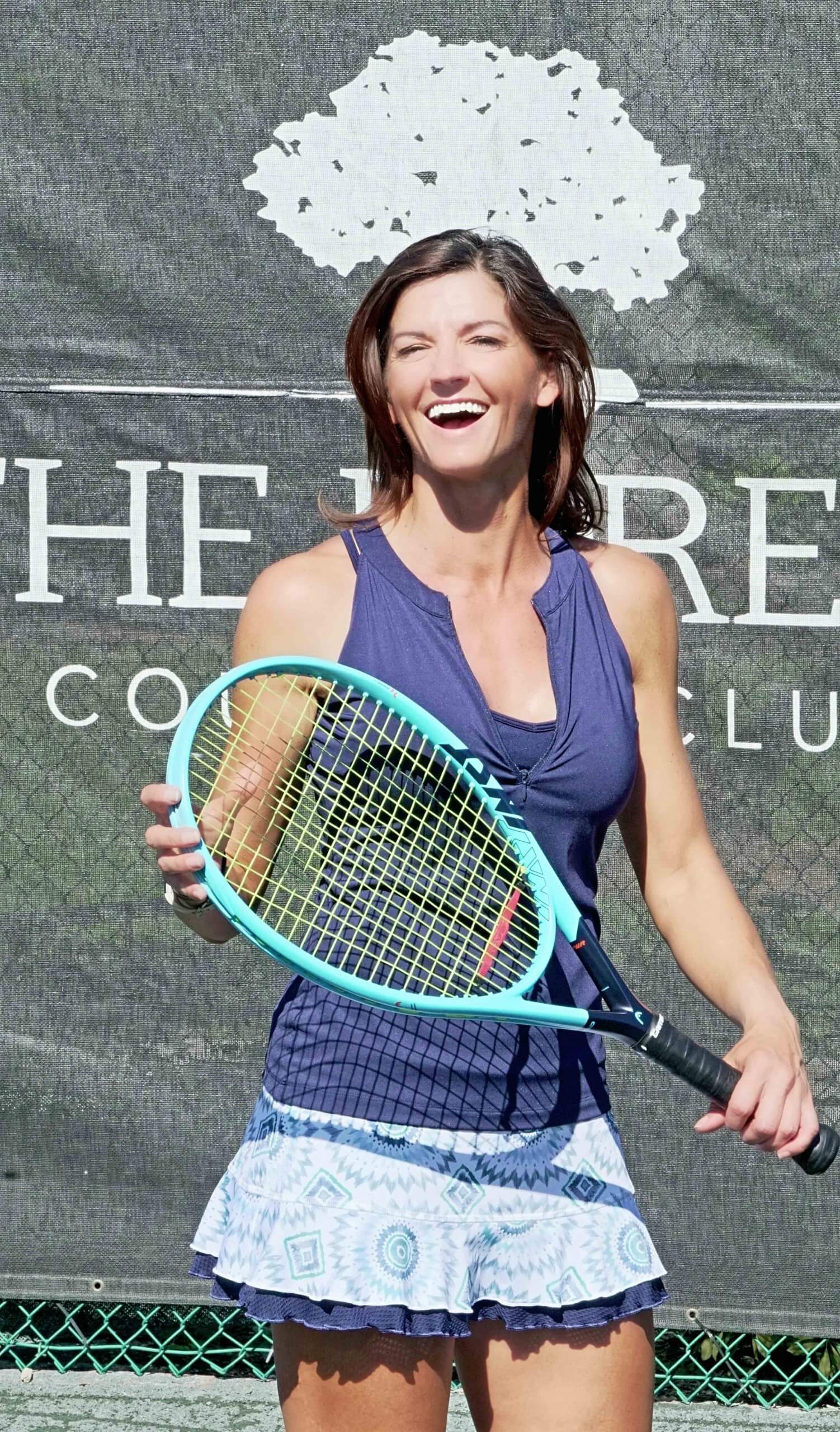 The beginning of Janet Choisnet’s tennis love story isn’t the typical one. Throughout the early years of her life she never played the sport, but that all changed with a simple stroll past some tennis courts in Fort Myers in 2015.

“I was looking for a part-time employment opportunity,” recalls Choisnet. “I wandered over to the tennis courts where I lived and a few ladies introduced themselves and I instantly became hooked.”

From that point forward you could say the rest was history. Now a few years later, Choisnet manages the Tennis Pro Shop at the Forest Country Club and is a seasoned player who volunteers as a USTA League captain.

“After sitting at a desk for years, it felt amazing to get out and move around on the courts, all while laughing and having fun,” she says.

The 48-year-old has served as a captain for two years and is currently the co-captain for two teams. Taking the helm of two teams is no easy task – Choisnet recruits new players, finds play locations and organizes teams when necessary. All the work is perhaps the reason why the volunteer position didn’t seem so glamorous to others, but she enjoyed the challenge.

“The first time I was a captain it was because no one else wanted the job,” she says. “The second, third, and subsequent times were because I enjoy bringing women together on the tennis courts.”

Choisnet also serves as an ambassador for USTA Florida’s adult beginner Love to Play program, after she was introduced to the program by a USTA Florida Local Play Coordinator. For Choisnet, one of her recent successes was having more than ten players have a great time learning and gaining match play experience through the program.

“Being a recent beginner tennis player, I understand the importance in taking lessons and being intimidated by the sport,” says Choisnet. “I wanted to share my love of tennis with others and make new players feel welcome to play and support them at the same time.”

USTA Florida thanks Janet Choisnet for her dedication to the game and for serving as a USTA League captain and Love to Play ambassador in the Lee County area.

My earliest tennis memory was…”Hitting the tennis ball against the side of my childhood home!”

If I could play tennis with three people, they would be…”Anyone! I love meeting new people.”

When I am not playing tennis I am…”Working, going to the gym, baking, or spending time with my best friend and husband.”

My best tennis memory is…”Playing in the finals for Ultimate Tennis.”

I like to volunteer in tennis because…”I want to share my enthusiasm for the game with others who are new to the game.”