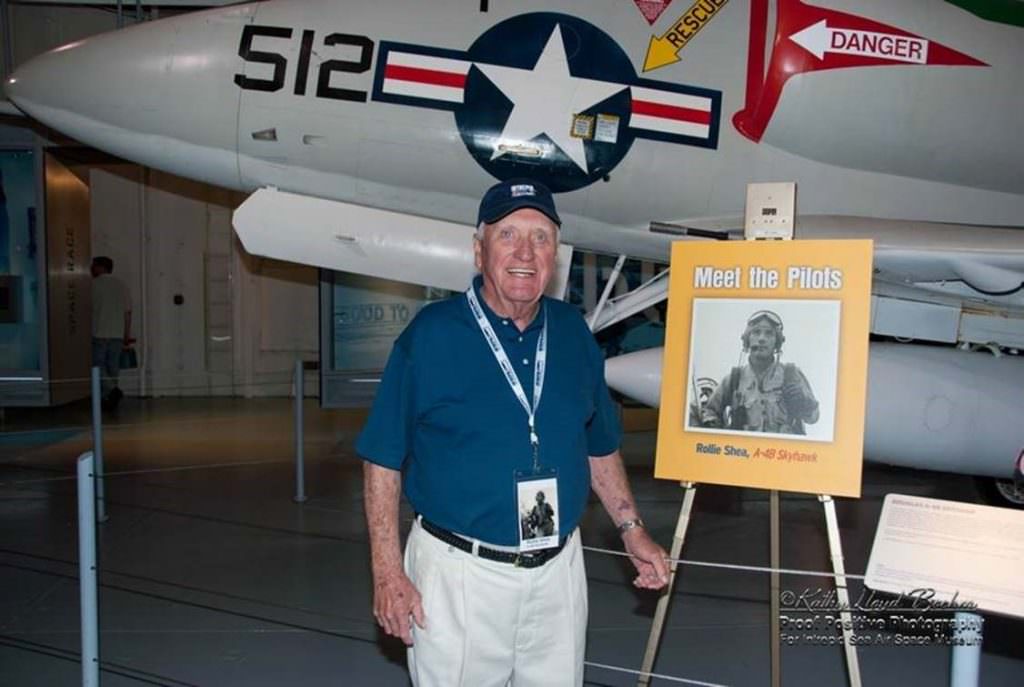 Rollie Shea served the United States in Korea and Vietnam, and in a second life served Florida tennis and the USTA Florida Section as an outstanding volunteer and nationally-recognized official.

“It is so sad to lose one of our past presidents and members of our Florida Tennis Hall of Fame who truly loved the game,” said USTA Florida Executive Director Doug Booth. “Rollie’s passion for officiating was his true love and his impact in that area during his life is immeasurable. He will be missed by all of us who knew and worked with him for many years.”

When Shea retired as a United States Navy captain after 30 years, decorated for varied acts of heroism and valor, he and his wife Ellie chose Orlando for their retirement following a posting as commander at the Naval training base in the area. An avid club tennis player, he began a career in tennis officiating after being asked to volunteer at a local tournament.

“Many years ago, Rollie was asked to call lines at a tournament at his club,” said USTA Florida Volunteer Manager & Meeting Planner Lynne Salus. “This was the beginning of his officiating career and his many years of service as a USTA and USTA Florida volunteer.”  Rollie founded the Central Florida Tennis Officials Association. On a national level, he was a long-time member of the USTA Constitution and Rules Committee, and chair of the USTA Tennis Rules Committee.”

Shea was a long-time editor of Friend at Court, the USTA handbook or rules and regulations, and he refereed at countless junior, national and professional tournaments, including the Jr. Orange Bowl, Eddie Herr, Easter Bowl, Little Mo Internationals and Special Olympics.

In 2012 he was presented with the Nicholas E. Powell award in New York during the US Open, presented annually to an official in recognition of the importance of officiating at the local level, and whose body of work is done primary at the grassroots level. Recipients of the award are recognized as “the backbone of officiating in USTA.”

A celebration of Shea’s life is scheduled for May 12 from 2-5 p.m. at the Winter Park Gardens Condominium where he resided. In lieu of flowers, donations can be made to either the Intrepid Fallen Heroes Fund at www.fallenheroesfund.org, or to the USTA Florida Section Foundation via online donation at www.ustafloridafoundation.com/donate-support, or by sending a check to USTA Florida Section Foundation, 1 Deuce Court, Suite 100, Daytona Beach, FL, 32124, Attn: Andy McFarland.