Van Nostrand was a member of the Gardnar Mulloy Cup (named after the legendary Floridian Gardnar Mulloy), and clinched the tie for the Americans when he beat Herbert Althaus of Germany in the final after Wisconsin’s John Powless won at #2 singles earlier in the morning. The USA Men’s 80 team was never pressed in the four matches they played against Argentina, Japan, Australia and Germany. 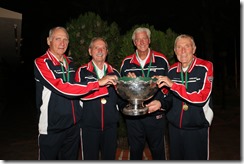 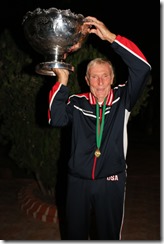 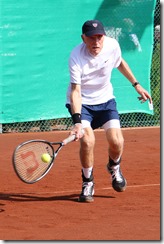 Graham was a member of the Queens Cup (women’s 75) which also beat Germany in the final. Graham combined with North Carolina’s Burnett Herrick to win the doubles point yesterday after teammates Roz King and Dori deVries (California) won at #2 and #1 singles respectively. The USA beat Ukraine, France and  Canada to reach the final. The USA has now won the Queens cup five years in a row. 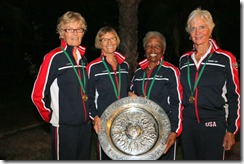 Clay was a member of the Kitty Godfree Cup team which won the Cup for the USA for the first time since 2007. Brenda Carter (South Carolina) and Martha Downing (California) won the #2 and #1 singles points respectively against France. The USA beat Austria, Brazil, Switzerland and Great Britain en route to the final. Clay was scheduled to play doubles, but France elected not to play the doubles point, the tie having been decided and the singles matches having gone late. 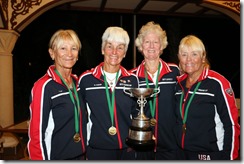 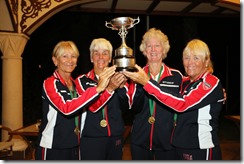 In the Doris Hart Cup, Jane Lutz (Sarasota) again won the #2 singles point, against Australia. The USA was playing for a bronze medal and beat Australia last Monday. Margaret Canby (Texas) played a good match at #1 singles, but lost in a match tiebreak. Rose Austin (Naples) and Canby lost the doubles point for the first time all week, as Australia elected this time to play their #1 and #2 singles players again in the doubles. The USA finished fourth, having beaten Australia, Argentina and Germany, but lost to Canada and Australia. 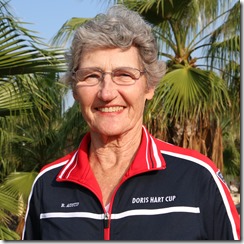 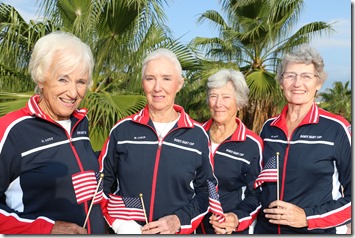 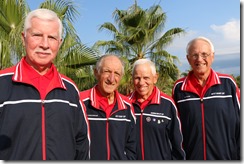 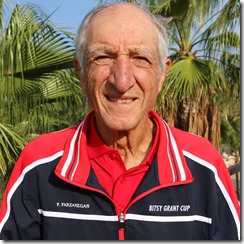 Link to Draws from the team event:

Link to Draws from the Individual World Championships which start today.

Click on the link below to see your match number and start time:
Match Number & Start Time