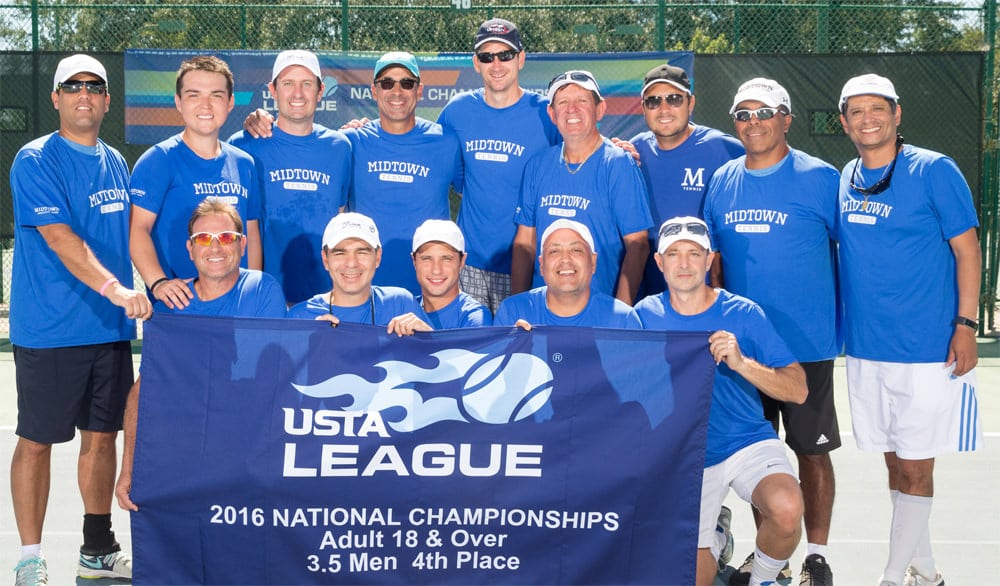 The USTA Florida League men’s team from Broward County (Midtown Athletic Club, Weston), despite issues with Hurricane Matthew, finished in fourth place over the weekend at the USTA League 18 & Over 3.5 National Championships, held at the Copeland-Cox Tennis Center in Mobile, Ala.

The Weston men lost in the semifinals to USTA Southern (Jackson, Miss.) who went on to defeat USTA Texas (Dallas) 5-0 in the final.

“Back in February of last year, we thought we had a chance to make it to nationals,” said USTA Southern team captain Conway Craig after their win in the final. “Everybody on the team plays tennis every day. We put in the work, and that’s what did it for us.”

In the 3rd/4th place playoff the Weston team was edged 3-2 by USTA Intermountain (Orem, Utah).

The Weston men advanced to the semifinals after a perfect 3-0 record in round robin play, besting teams from USTA Southern California, USTA Mid-Atlantic and USTA Southwest.

At the August USTA Florida 18 & Over League Sectionals, the Weston men advanced to nationals by defeating Alachua County (Jonesville Tennis Center, Gainesville) 5-0 in the final.

The 2016 USTA League season is the fourth season with an updated structure and format that offers four age categories (Adult 18 & Over, Adult 40 & Over and Adult 55 & Over and Mixed 18 & Over) to better align participants with players their own age. A fifth age division, the Mixed 40 & Over, was added in 2014. To learn more about USTA Leagues in Florida go to www.ustaflorida.com/leagues.